“Some estimates predict the U.S. hemp industry could be valued at more than $26 billion by 2025, propelled in large part by the rapid growth of CBD, which is derived from hemp and now infuses everything from lotion to lemonade. And hemp can be used in seemingly countless ways, from textiles to medicinal products to building materials.

“Hemp is a microcosm of how things get done,” he said. “As its been growing, it’s been changing. It’s losing part of its ‘let’s do it for the American people’ and now it’s more ‘how can big companies get bigger.’ It is a model of that.”“

Hemp lobbying surges on the heels of legalization – POLITICO 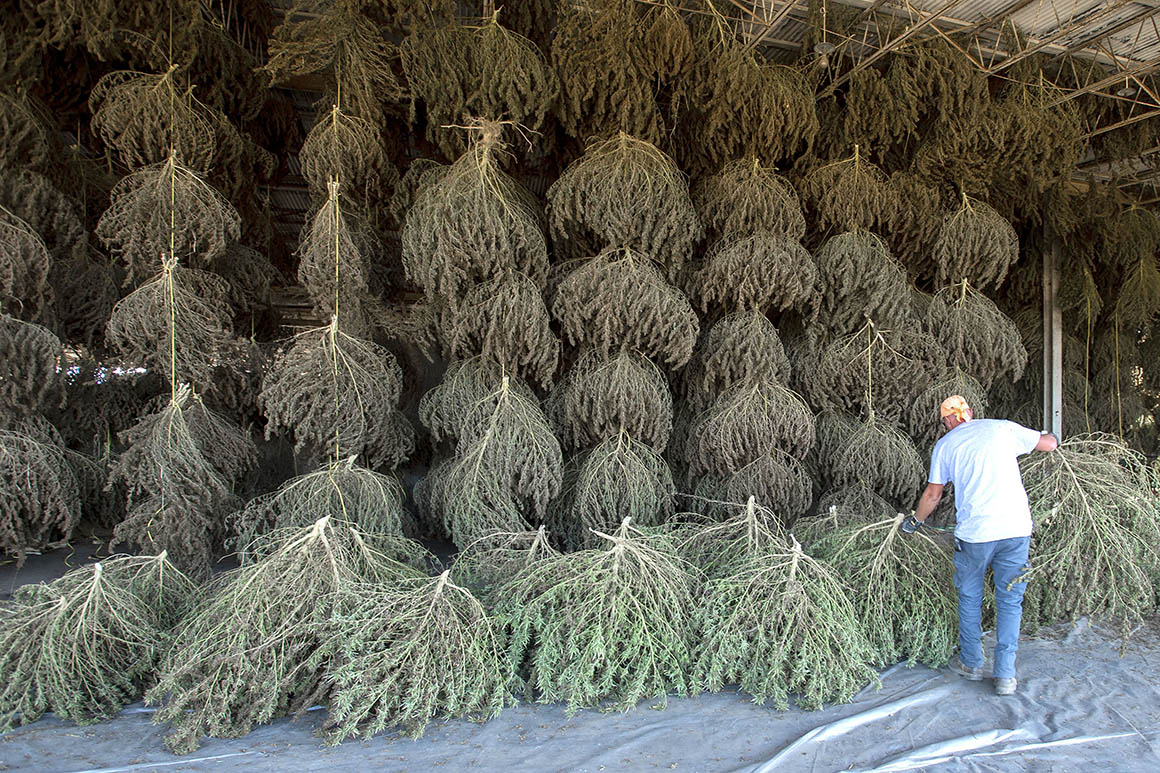 Ben Droz used to be the best-known hemp lobbyist in Washington – strolling around the Capitol in hemp clothing and sporting a hemp briefcase, extolling the virtues of the magical cannabis plant.

Now hemp lobbying is booming. Thanks to legalization in last year’s farm bill, major corporations like Walmart, Conagra and Patagonia are in the game. The American Farm Bureau is on the job, lobbying for regulations and crop insurance. A decade ago there were two official registrations for hemp lobbying – one of them Droz. He and his hemp briefcase are still around, but this year hemp has appeared in 72 lobbying disclosures. Last year it appeared in 87.

With the explosion of hemp lobbying, along with the rapid state-level legalization of marijuana, it’s clear that the cannabis plant may indeed have magical qualities – at least for K Street. The U.S. Hemp Roundtable, which represents about 85 companies, is the biggest spender of all the upstart hemp trade associations, $352,500 in lobbying expenses since 2017.

The hemp boom in Washington shows what can happen virtually overnight when the heavy hand of the federal government moves the needle for a product that had once been considered a fringe agricultural movement and legalizes it. More and more white shoe lobbying firms are taking on hemp clients. Universities are winning grants to research hemp. Tobacco companies are getting in on the action, looking for their next big move.

“The lobbying is a sign of the economics behind this,” said Eric Steenstra, president of Vote Hemp, an early grassroots hemp trade association that has worked since 2005 to legalize the crop. “The fact that there’s so many people interested in it tells you that there’s business happening there — and that’s a good thing.”

Some estimates predict the U.S. hemp industry could be valued at more than $26 billion by 2025, propelled in large part by the rapid growth of CBD, which is derived from hemp and now infuses everything from lotion to lemonade. And hemp can be used in seemingly countless ways, from textiles to medicinal products to building materials.

Universities also have gotten into the game. Institutions such as Cornell, Oregon State University and the University of Kentucky have cited work addressing hemp research. That work has paid off for Cornell, which was awarded $500,000 by Congress in August to establish a hemp seed bank.

Pyxus International, a tobacco company formerly known as Alliance One International, recently signed a research agreement with Cornell that focuses on hemp production and CBD. That’s now the focus of some of its lobbying as the company makes new investments beyond tobacco.

Hemp lobbyists are united on the same goals: push the federal government to write rules that encourage growth of the so-far unregulated industry.

“One of the most acute issues, especially given projections for the industry’s growth potential, is a lack of clear policies and regulatory frameworks on a federal level,” Pyxus CEO Pieter Sikkel said. “Farmers need certainty that there will be a market for their crops, not just today, but in the future, to effectively meet the consumer demand for hemp-derived products.”

The industry is also concerned about ensuring access to banking services for cannabis companies and wants to see the Safe Banking Act, passed by the House last month, signed into law. The legislation would allow banks to do business with cannabis companies without fear of federal punishment.

And before Walmart and Patagonia had their hands in hemp, there was Droz. Starting a decade ago, he ran a one-man, one-issue lobby shop for Vote Hemp, who at the time was the only group advocating for the plant. He used to store hemp paraphernalia in his hemp composite briefcase such as granola bars and chapstick.

His opening message was simple: Hemp is not the same as marijuana. They may come from the same plant species, but unlike marijuana, hemp contains minuscule levels of THC, the compound that gives users a psychoactive high when smoked or ingested.

Once Droz’s audience wrapped their heads around that key distinction, he then told anyone who would listen about the plant’s potential to give American farmers a huge leg up as a new source of revenue, as well as its ability to be used in clothing, building materials, food and countless other ways.

“I was just trying to normalize hemp so that people could see hemp was another bio-based resource, completely different from the stigma and cultural associations with marijuana,” Droz said. “We were trying to break those stereotypes that were pretty well ingrained back in 2009.”

Eventually, seeing a major economic opportunity for farmers in his home state and elsewhere, Majority Leader Mitch McConnell got on board with hemp. His support led to an amendment being tacked on to the 2014 farm bill that permitted states to run hemp pilot programs. After that, the hemp floodgates opened and pressure grew for the crop to be legalized for industrial production nationwide, which happened with McConnell’s continued support last year.

Droz said he’s not surprised to see hemp become legalized but he was caught off guard by how quickly things evolved. And he’s aware of how industry participants have changed.

“Hemp is a microcosm of how things get done,” he said. “As its been growing, it’s been changing. It’s losing part of its ‘let’s do it for the American people’ and now it’s more ‘how can big companies get bigger.’ It is a model of that.”

Janie Boschma contributed to this report.