Ocean Cleanup has been hard at work on creating a device to attack the plastic waste crisis for seven years, by creating a device that captures plastic in its fold like a giant arm, according to Business Insider. The company announced that it was able to capture and hold debris ranging from large cartons, crates and abandoned fishing gear — or “ghosts nets,” which are a scourge to marine life — to microplastics that are as small as one millimeter, according to an Ocean Cleanup press release.

“Today, I am very proud to share with you that we are now catching plastics,” Ocean Cleanup founder and CEO Boyan Slat said at a news conference in Rotterdam, as CNN reported.

The system’s success in capturing microplastics came as a welcome surprise since microplastics tend to fall to the ocean floor rather than float on the surface, according to the press release. Since microplasitcs tend to sink, Ocean Cleanup focused on large pieces of plastic.

Slat posted a picture on Twitter of collected debris along side a forsaken wheel.

Also, anyone missing a wheel? 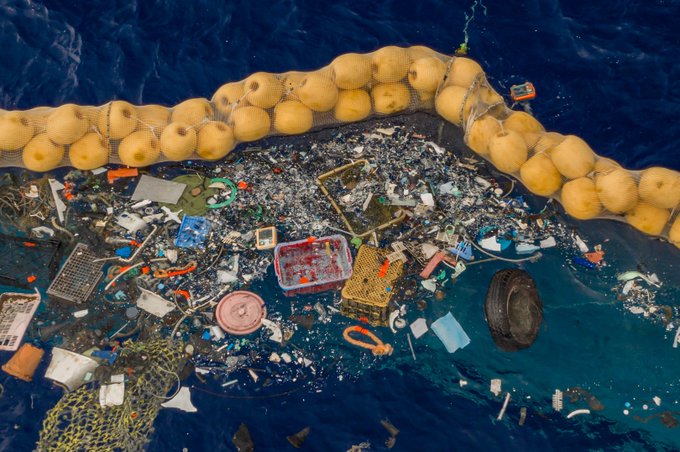 The Ocean Cleanup device is a U-shaped barrier that drops a net below the surface. As the current moves, the net traps faster moving objects that float into it. Fish, however, are able to swim beneath it, according to CNN.

Slat first presented the concept of a giant barrier near the Great Pacific Garbage Patch in a TEDx talk when he was 18 years old. But the project has been slowed by some spectacular failures that Slat and his team learned from. Last year, a design flaw stopped the barrier from holding onto the plastic it captured and a 59-foot section of the barrier disconnected from the device. In its next attempt, the design team noticed that plastic was floating over the top of a cork line that was supposed to stabilize the system, as Business Insider reported.

The team also noticed that the barrier, known as System 001/B was picking up speed from the ocean currents that outpaced the plastic litter. Therefore, after some rethinking and some upgrades, the device was slowed down by a parachute-anchor. That allows faster moving plastic to float into the barrier. After the parachute-anchor was on, the team fixed the corkline so very little plastic was able to pass over the top of the barrier, according to Ocean Cleanup’s press release.

“Our team has remained steadfast in its determination to solve immense technical challenges to arrive at this point,” said Slat in the statement. “Though we still have much more work to do, I am eternally grateful for the team’s commitment and dedication to the mission and look forward to continuing to the next phase of development.” 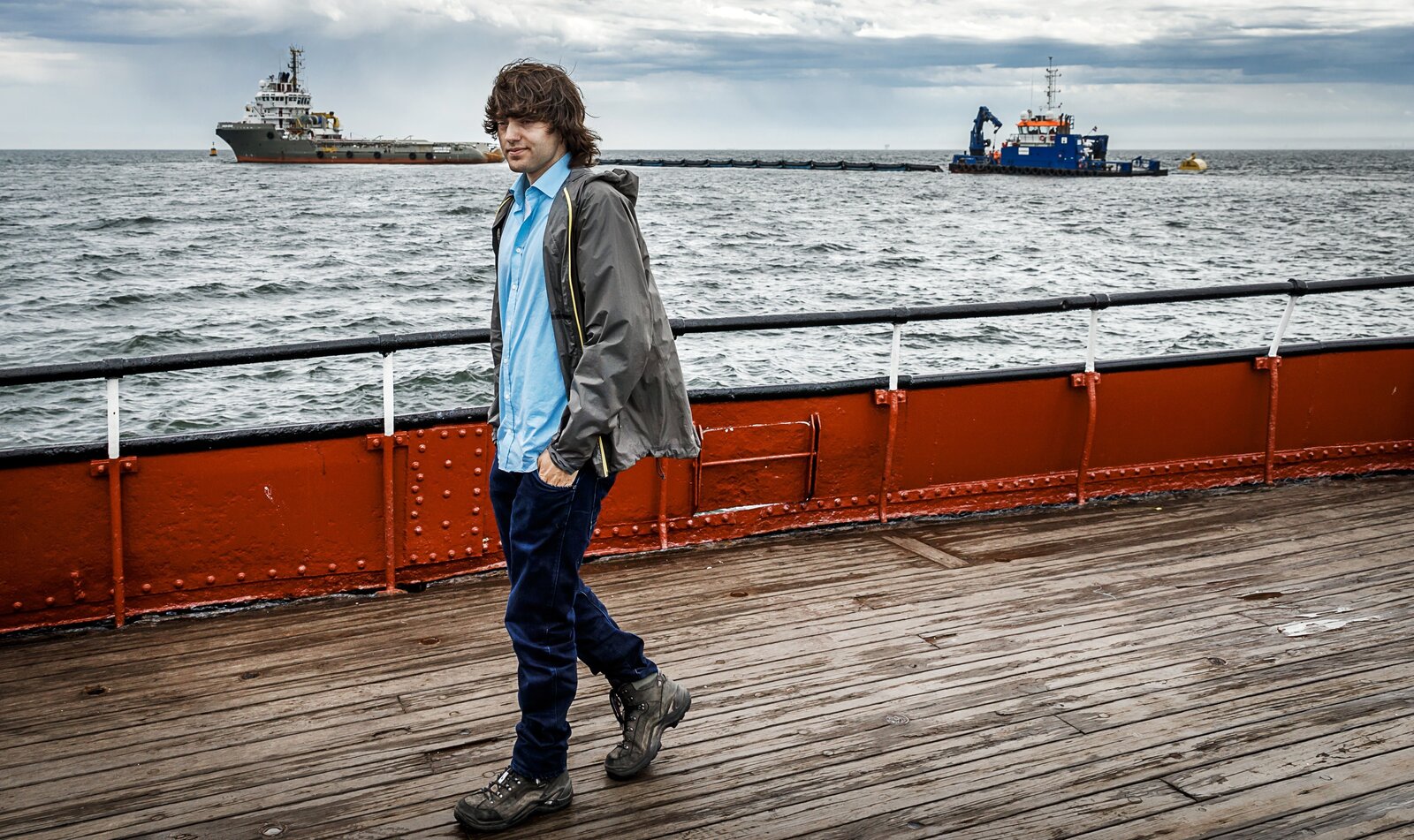 The Great Pacific Garbage Patch, which is twice the size of Texas, is a swath of plastic debris brought together by the ocean currents and kept in formation by a whirlpool of currents, as The Guardian reported. Ocean Cleanup now wants to scale up the project so it can hold plastic for a year before collection is necessary. It has the goal of removing half of the Great Pacific Garbage Patch.

The Ocean Cleanup said in its press release that it will now start on its next iteration, System 002, a full-scale cleanup device that will endure rough ocean conditions and retain the collected plastic for long periods of time between collections. Once the plastic is collected, it will be returned to land and processed for recycling.