Our lands not for corporate profit…..for the next generation .

“That hasn’t stopped Trump and his team from proposing public land sell-offs, hosting anti-federal-land advocates or even tapping fierce critics of federal land management for powerful department posts, including Wyoming attorney Karen Budd-Falen and Ryan Nichols, formerly of the conservative Heritage Foundation. William Perry Pendley, a conservative lawyer with extreme anti-environmental views who spent his career lobbying for the sale of federal lands, leads the Bureau of Land Management as acting director.“

For an administration that says it opposes pawning off federal lands, it sure is cozy with pro-land-transfer zealots.

On a Wednesday morning last June, Susan Combs, a high-ranking political appointee at the Interior Department, stepped to a microphone to welcome those gathered for an event at the agency’s headquarters titled “Federal Land Policies: The Good, the Bad and the Ugly.”

The event’s keynote speaker: Myron Ebell, a prominent climate change denier and advocate of shrinking the federal estate. Ebell led President Donald Trump’s transition work at the Environmental Protection Agency and continues to be a vocal cheerleader of the administration’s pro-industry, deregulatory agenda.

“I’m so happy to see my friend Mr. Ebell, who will be a treat,” said Combs, who has a long history of vehemently opposing the agency she now helps run. She described Interior as “a huge land manager” and assured the audience that Ebell would provide “a great background” of federal land policy.

What followed was a 40-minute rambling assault on the very agency where Ebell and the others were gathered. Western Values Project, a Montana-based public lands advocacy group, obtained video of the event through a public records request and shared it exclusively with HuffPost. It offers a rare glimpse at the cozy relationship Trump’s Interior Department has with those leading the effort to get public lands out of the federal government’s hands. Combs was one of three Interior political appointees who participated in the event. 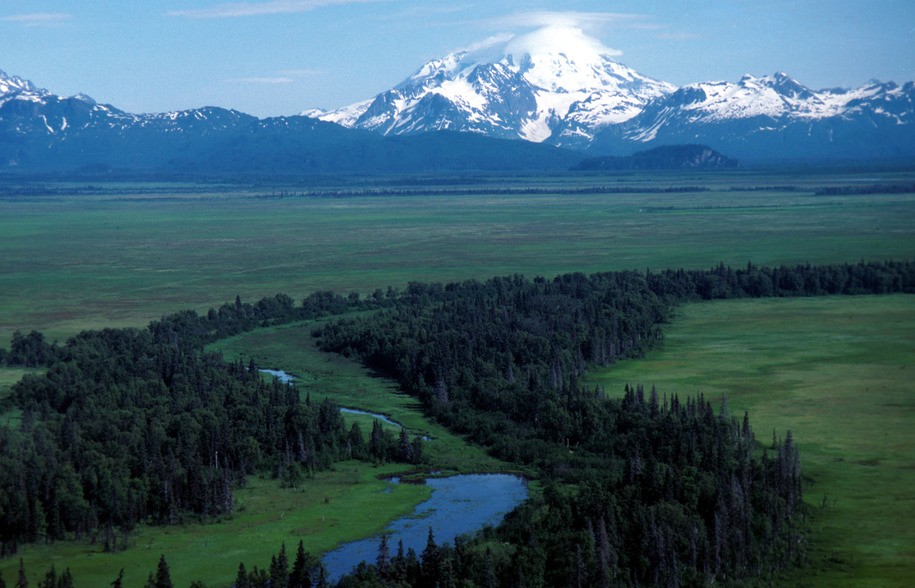 Ebell marveled at receiving an invitation to speak at the Interior building, making clear his own contempt for the department that oversees 500 million acres of federal land — roughly one-fifth of the U.S. — including the 59 national parks. He boasted that the Competitive Enterprise Institute, a libertarian and industry-funded think tank where he’s worked since 1999, is “skeptical of government and its tendency to grow and take over people’s lives.”

He quipped that his talk that day probably should have three parts, but “I don’t have a lot of good to say about the federal estate.” He ranted about “urban eco-imperialists” and urged attendees to “stay away” from the National Park Service, which he described as a bad neighbor who “want your land ― and if they can’t buy your land and force you out, they often want to control it.” And he claimed private landowners are much better environmental stewards than federal land agencies, offering little more than a conspiracy theory about the government “having a constant incentive to fail” as proof.

As Ebell sees it, there’s a simple fix ― one he made clear he hopes the administration will come around on.

“I think the real solution to the federal lands is eventually to either transfer them to the states or,” he paused to acknowledge two lawmaker friends who don’t support the second option he was about to mention, “privatize them, put them into private ownership.”

In other words, pawn them off ― something the Trump administration has insisted it won’t do, even as others in the party insist it should.

The Republican Party platform calls for transferring control of federal lands to states. But the Trump administration has painted itself as a stalwart opponent of disposal. Interior Secretary David Bernhardt “adamantly opposes wholesale transfer or sale of public lands,” Casey Hammond, the agency’s acting assistant secretary for land and minerals management, said in a call with reporters last week, echoing the administration’s go-to line.

That hasn’t stopped Trump and his team from proposing public land sell-offs, hosting anti-federal-land advocates or even tapping fierce critics of federal land management for powerful department posts, including Wyoming attorney Karen Budd-Falen and Ryan Nichols, formerly of the conservative Heritage Foundation. William Perry Pendley, a conservative lawyer with extreme anti-environmental views who spent his career lobbying for the sale of federal lands, leads the Bureau of Land Management as acting director.

Pendley has on numerous occasions dodged questions about his views on federal land policy, bizarrely claiming they are “irrelevant” to serving as America’s public lands chief. Of course, it’s his ideology that helped him land the job.

There are approximately 640 million acres of federally controlled land, roughly 28 percent of the entire U.S. landmass. The BLM oversees 245 million of those acres.

At the June 2019 event, Ebell ran through a PowerPoint presentation that included his wish list for federal land policy in the Trump era. Among other things, it included finalizing rules to weaken the Endangered Species Act, which Interior followed through on in August, and defeating a bipartisan Senate bill that would have fully and permanently funded the Land and Water Conservation Fund.

Established in 1964, the LWCF uses offshore fossil-fuel revenue to acquire new federal land and establish and protect parks, wildlife refuges, forests and key wildlife habitats. The Trump administration has called the popular conservation program a “priority” but repeatedly has tried to gut funding, including a proposed 97% cut in its 2021 budget plan released this week.

Shifting to lands already under federal control, Ebell fumbled to locate a slide about transferring and selling off lands in the West. Undeterred, he declared that the “ultimate solution” was being championed by Ken Ivory, a former Republican state representative from Utah and longtime leader of the pro-land-transfer movement, and the American Lands Council. The Utah-based nonprofit, which Ivory co-founded in 2012 and led until 2016, advocates for the “timely and orderly transfer of federal public lands to willing states for local control that will provide better public access, better environmental health, and better economic productivity.”

Along with Combs’ warm welcome for Ebell, the event included speeches from two high-ranking Interior officials: Brenda Burman, commissioner of the Bureau of Reclamation, and Andrea Travnicek, deputy assistant secretary of land and minerals management. They appeared as panelists alongside Wyoming water lawyer Harriet Hageman, who grumbled about federal land ownership and made a pitch for pilot projects in which states would take over management of large swaths of federally controlled lands and earn revenues off those resources over 20- to 25-year periods.

The Interior officials did little to defend the agency against Ebell’s attack ― at least not during their lengthy opening remarks. (American Agri-Women, a coalition of women in agriculture that organized the event, stopped videotaping shortly after a question-and-answer session started.)

Much like the fossil fuel industry that’s helped bankroll his organization, it appears Ebell maintains extraordinary access to the very top of the federal agency. He told event attendees about a recent run-in with Bernhardt “in the hall” of the Interior Department, during which he said the agency chief assured him he would approve of the final Endangered Species Act rules. The changes, finalized in August amid a sobering global extinction crisis, significantly weaken the ESA, making it easier for government agencies to remove species from the protected list and limiting their ability to account for the impacts of future climate change. Hatred for the 1973 law runs deep at Trump’s Interior Department.

Although he had plenty of criticism for the agency as a whole, Ebell praised Bernhardt and his team for their deregulatory efforts but urged them to go further to roll back land protections, including shrinking additional national monuments, and to boost drilling, mining and other development on federal lands.

“It’s great to see people who actually like people like you and me,” Ebell said of Interior leadership. “They don’t see us as problems that need to be managed.”

Interior spokesman Conner Swanson said via email that Ebell does not represent the department and is entitled to his own opinion. The agency “has no plans to transfer management of public lands,” he said.

Ebell did not respond to HuffPost’s request for comment.

Even before he was elected, Trump said he would maintain federally controlled lands. “We’re not looking to sell off land,” he said in a 2016 interview with the Outdoor Sportsman Group. It’s a position that his first Interior chief, Ryan Zinke, and now Bernhardt have said they share.

But Trump has proved himself easily swayed. And over the last three years, the administration has kept the pro-transfer movement close and often looked like it was ready to flip. Here are some of the actions that have raised fears that Trump could soon offload national treasures:

What’s kept the administration from changing its tune and embracing the Republican Party position on federal lands? It could be a calculated decision ahead of the 2020 election. A 2016 survey found that 60% of Western voters oppose the sale and transfer of federal land holdings.

Jayson O’Neill, deputy director of the Western Values Project, says the June 2019 event shows Interior’s true colors and that the administration has set itself up to reverse course.

“This is a clear signal that if President Trump and Secretary Bernhardt are given enough time, the wholesale transfer and privatization of America’s public lands will happen in the blink of an eye,” he said.