“What would a world without humans look like? As countries go under lockdown to prevent the spread of COVID–19, photos on social media suggest it might be a lot cleaner, for a start. As one observer put it, “Nature just hit the reset button.”

Story at a glance

What would a world without humans look like? As countries go under lockdown to prevent the spread of COVID–19, photos on social media suggest it might be a lot cleaner, for a start. As one observer put it, “Nature just hit the reset button.”

Most nonessential travel to countries in the European Union is banned and Italy, the epicenter of the outbreak on the continent, has closed all nonessential businesses. In Venice, the canals normally teeming with tourists and boat traffic are nearly empty. On social media, people are sharing photos and videos of clear water and wildlife rarely seen close to the city. For some, it was a small sign of hope as the country’s death toll rose above 2,500 on March 17.

The Venice mayor’s office told CNN that while the canals might look clearer than before the lockdown, the water quality hasn’t necessarily improved.

That’s not to say the lockdown hasn’t had any positive environmental effects for a city that months before was battling overtourism.

“The air, however, is less polluted since there are less vaporetti and boat traffic than usual because of the restricted movement of residents,” the spokesman said, referring to the public waterbus, the Vaporetto.

Italians have increasingly turned to social media to spread positivity in the weeks since lockdown measures were implemented. Videos of people singing in unison from their balconies have gone viral and even inspired U2 frontman Bono to release new music on his Instagram and Facebook pages.

EDITOR’S NOTE: The headline and subhead of this story have been edited to clarify that while dolphins have been seen in Italy, we cannot confirm whether they have been sighted in Venice. Some readers have written us to say the dolphin video in the tweet above from Jack (@NotLacazette) was shot in Sardinia.

Thought I’d spread abit of positivity for you guys. Since the lockdown of Venice without the pollution from boats the water has been begun to clear up and a dolphin has been spotted in the canal for the first time in nearly 60 years! #venice 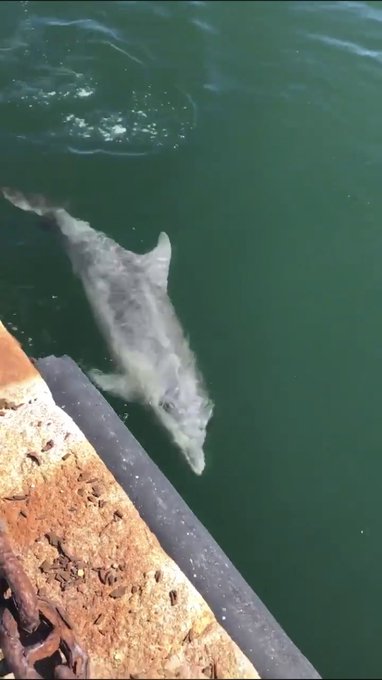 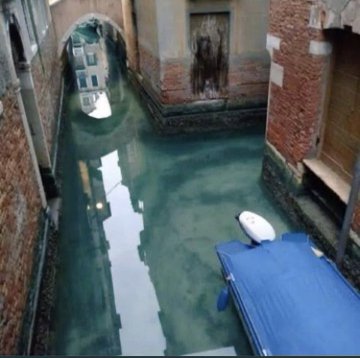 An unexpected side effect of the pandemic:

Water’s flowing through the canals of Venice is clear for the first time in forever.

The fish are visible, the swans returned 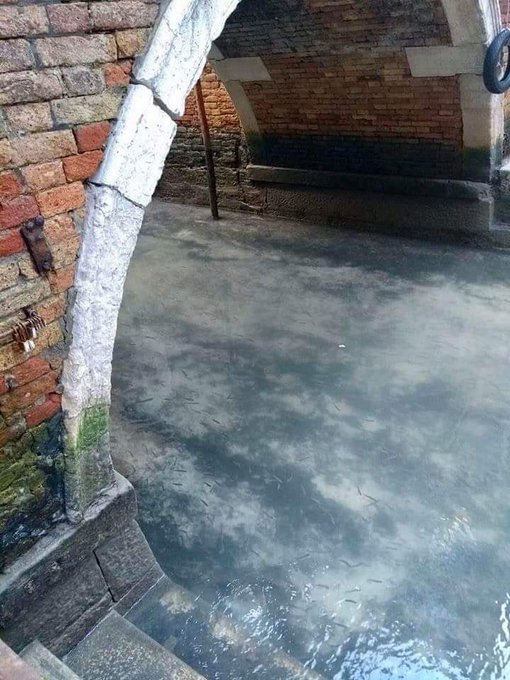 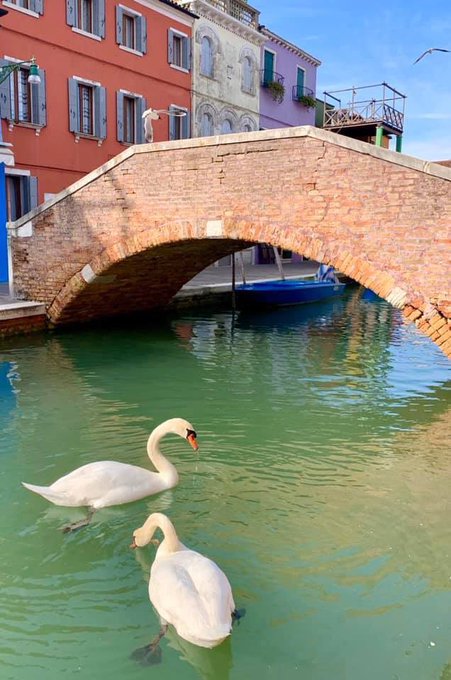