Here in Santa Rosa and Sonoma County, we face formally declared housing and climate emergencies. At the corner of Middle Rincon Road and Sonoma Highway, just east of downtown Santa Rosa, a tragedy emblematic of the forces exacerbating both problems is playing out as a family and a small business face eviction to pave the way for 7-Eleven to build a gas station.

There is absolutely no need for this gas station. There is a Chevron station right across the street and more than 10 others within a 5-mile radius. It is 2020, and most folks in Sonoma County accept the notion that we are in a climate crisis. Yet county and city permitting rules are still facilitating proposals for one of the most common types of fossil-fuel infrastructure ── gasoline stations. 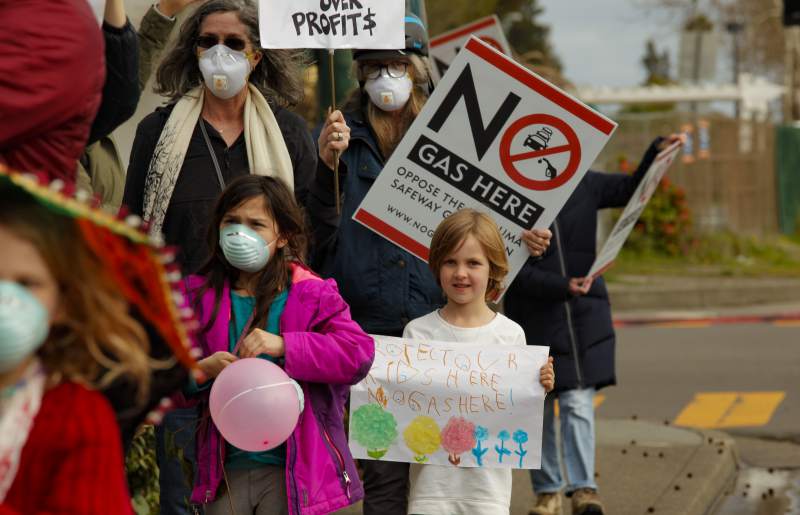 At least three other gas station proposals are pending in Sonoma County. One is in west Santa Rosa on Highway 12, just inside the city boundary. Another is in unincorporated Sonoma County on Highway 12 east of Sebastopol. The most publicized involes the Safeway store in Petaluma, which is in the courts. In each case, several gas stations already operate within a 5-mile radius

In 2018, the county declared a homelessness emergency, and urgency housing ordinances have been adopted in response to the loss of homes resulting from recent wildfires catastrophically exacerbated by the climate crisis. There are nearly 3,000 homeless people in Sonoma County. This is not the time to be evicting families.

Sonoma County governments have a well-established record of commitments to respond to the climate crisis. In 2002, the county made a pledge to reduce greenhouse gases from its own operations. Between 2005 and 2018, there were a dozen further climate actions ── frequently collaborations between the county and cities. In 2019 and early 2020, the county and several cities, including Santa Rosa and Petaluma, adopted climate emergency resolutions.

Sonoma County, Santa Rosa and Petaluma leaders appear to be committed, and rightly so, to responding to the climate crisis. So does it make sense for them to allow expansion of a fueling infrastructure that is responsible for 60% of the greenhouse gas emissions in the county? If the climate policies are taken seriously by the local governments that passed them, shouldn’t they work to rapidly prohibit any new fossil-energy-based facilities or infrastructure in Sonoma County?

It’s bad enough that outdated 20th century permitting rules are allowing these stations to be proposed at all, but evicting a family in affordable housing to build one? No, this is not OK.

We need more affordable housing; more frequent, reliable and cheaper public transportation; safety and connectivity for walking and bicycling and more electric vehicle charging stations, not more gas stations. The county and our cities should review and update the rules around building new fossil-fuel infrastructure, including gas stations.

In the meantime, the clock is ticking toward eviction for a family and a small business so that an unnecessary gas station can be built. This one project is throwing fuel on the flames of two seemingly unrelated but, in fact, inextricably linked crises.

Tom Roth chairs the conservation committee of the Redwood chapter of the Sierra Club. Isabel Fischer is the Housing Task Force chair of the North Bay Organizing Project.

You can send a letter to the editor at letters@pressdemocrat.com