This year’s Shopper’s Guide to Pesticides in Produce™ is full of alarming facts. But this year’s biggest shock isn’t on the Dirty Dozen™ list.

Raisins didn’t qualify for the Dirty Dozen, since we don’t include processed foods in the list, but if they did, they would top the list by a mile. Ninety-nine percent of conventional raisins tested positive for at least two pesticides, including some that can harm kids’ developing brains! American kids under 15 eat about 208 million pounds of raisins each year. 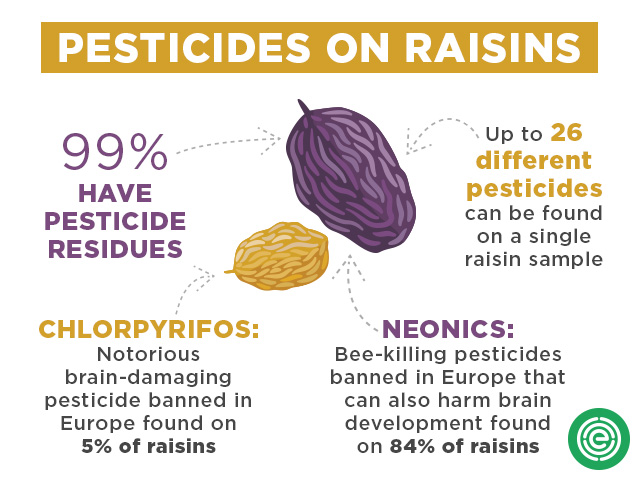 Eighty-four percent of raisins tested positive for at least one neonic. Neonics are infamous for their link to rapidly declining bee populations, but emerging research suggests these pesticides may also harm kids’ developing brains.

The EPA is asking you to weigh in, but we only have until April 4 to submit comments. Can we count on you to sign EWG’s petition urging the EPA to BAN neonics? 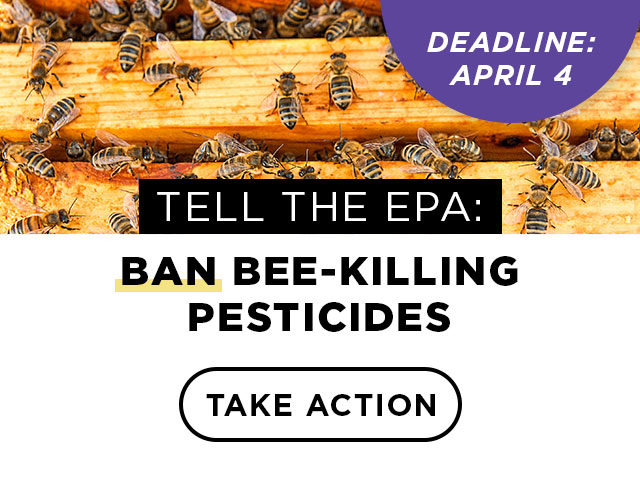 Learn more about conventional strawberries below:

Despite its rise in health popularity, the “superfood” kale is among the most contaminated fruits and vegetables on this year’s Dirty Dozen list. Nearly 60 percent of kale samples sold in the U.S. tested positive for dacthal, a possibly cancer-causing pesticide prohibited in Europe that can also harm the lungs, liver, kidney and thyroid. 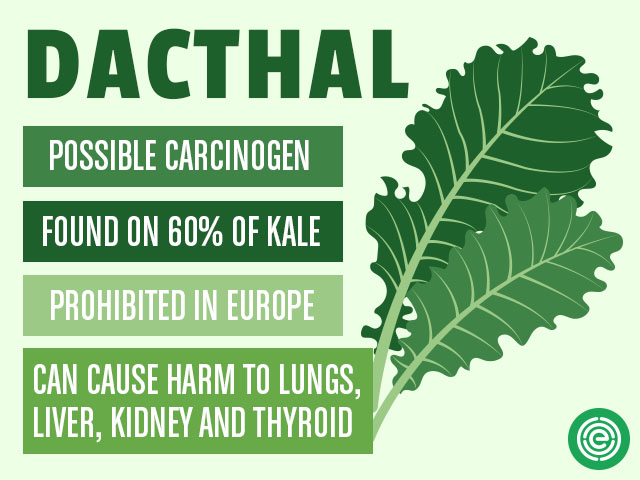 Want to take the Dirty Dozen and Clean Fifteen lists with you to the grocery store? Click here to get your FREE, easy-to-print digital copy of EWG’s Shopper’s Guide to Pesticides in Produce!