“President Donald Trump and his agency chiefs have less than 10 months left in his current term to complete the administration’s business-friendly easing of the way the federal government enforces scores of environment and public health protections.” 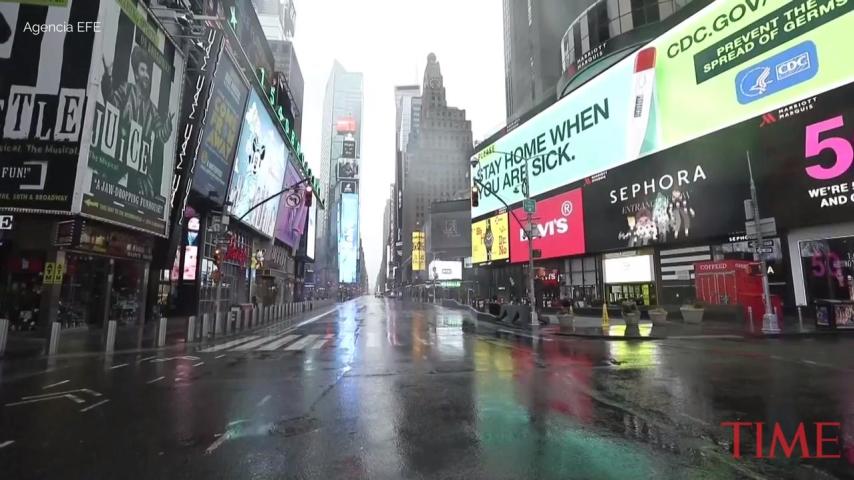 Scroll back up to restore default view.

(WASHINGTON) — The Trump administration is steadily pushing major public health and environmental rollbacks toward enactment, rejecting appeals that it slow its deregulatory drive while Americans grapple with the pandemic.

As Americans stockpiled food and medicine and retreated indoors and businesses shuttered in hopes of riding out COVID-19, federal agencies in recent days moved forward on rollbacks that included a widely opposed deregulatory action by the Environmental Protection Agency.

The proposed rule would require disclosure of the raw data behind any scientific study used in the rulemaking process. That includes confidential medical records that opponents say could be used to identify people.

The EPA says the rule, first introduced in 2018, is designed to increase transparency. But early drafts drew more than a half-million comments, most of them in opposition. Health experts say it would handcuff federal officials’ ability to regulate proven health threats in the future, by making it impossible for regulators to draw on findings of public health studies.

The EPA has dismissed demands from 14 attorneys general, the National Governors Association, the National League of Cities and dozens of other government, public health and environmental groups and officials that it at least tap the brakes on that proposed rule while officials confront “the national emergency that arises from the COVID-19 pandemic.”

Asked for comment, EPA spokeswoman Enesta Jones said the agency is “open and continuing our regulatory work as usual.”

Jones said that the public can still have its say on the proposed rule. “As regulations.gov is fully functioning, there is no barrier to the public providing comment,” Jones said.

President Donald Trump and his agency chiefs have less than 10 months left in his current term to complete the administration’s business-friendly easing of the way the federal government enforces scores of environment and public health protections.

The Interior Department, for example, is moving ahead with a measure that would greatly ease protections under the more than century-old Migratory Bird Treaty Act. Interior closed the 30-day comment period for the change as scheduled last week. Critics say the changes could devastate threatened and endangered species and speed an already documented decline in U.S. bird populations overall.

Interior also ticked off required procedural steps in March on consideration of a ConocoPhillips oil and gas project in the Alaska wilderness, and on a development plan for land surrounding New Mexico’s Chaco Culture National Historical Park, a World Heritage site at the center of a long debate over oil and gas development, among other projects.

Interior spokesman Conner Swanson called it “unfortunate that these interest groups are playing politics at a time when all Americans need to come together.”

“All DOI actions, including comment periods, are being evaluated on a case-by-case basis and adjustments are being made to ensure we are allowing for proper public input, while protecting the health and safety of the public and our employees,” Swanson said.

Opponents also say they expect the White House to make public as soon as next week the latest version of its rollback in vehicle emissions standards, weakening one of the Obama administration’s major efforts against climate-damaging fossil fuel emissions.

The ongoing push on rule-cutting as most of the world deals with coronavirus shows the EPA “clearly in a hurry to meet procedural rules” to wrap up key rollbacks, said Stan Meiburg, the agency’s acting deputy administrator from 2014 to 2017 and a 39-year EPA veteran.

Last week, the EPA released its latest redo of the science rule. The release starts the clock on what the agency said would 30-day public comment period, moving the rule a big step closer toward adaptation.

Attorney generals from 13 states and the District of Columbia say the 30-day timeline is even shorter that the agency’s usual 60-day comment period for such a change.

States objecting include New York, where a statewide lockdown is in effect as New York City deals with nearly 10,000 coronavirus cases and nearly 100 deaths. Around the world, more than one-fifth of the global population is under lockdown orders or advisories as officials struggle for medical supplies to face a new contagion that has no known vaccine or treatment.

Rep. Eddie Bernice Johnson, a Texas Democrat and chairwoman of the House Science, Space and Technology Committee, separately wrote the agency of the “massive disruption” of the coronavirus emergency and the “personal and professional turmoil” that health experts and others who normally would speak out on the science rule are facing.

Agencies have moved public hearings on proposed rules online or to conference calls.

Collin O’Mara, head of the National Wildlife Federation, pointed to the many low-income Americans in particular all but unable to have their say now that some public comments have moved online.

In the regulatory world, the public comment periods are vital both for showing support or opposition for a rule change, and for laying out the groundwork for any future legal challenges.

In Washington state, the first big U.S. battleground in the pandemic, Joseph Bogaard took time for a telephone call-in comment period on a U.S. Army Corps of Engineers plan for the Snake River this month, even as he worried for elderly parents vulnerable to the disease, and for a daughter forced to make her way home when her California university closed because of the virus.

“What we’re finding is people are so distracted and concerned” for families that it seemed wrong to ask the public at large to divert attention to the Corps’ public comment period, Bogaard said last week. That’s even though earlier, in-person public hearings on the same matter routinely drew hundreds of people.

“We made a decision, and a bunch of others did too, that we’re not going to try to organize people and encourage people to turn out, whether it’s meetings or phone calls right now,” he said. “Because people were so distracted.”