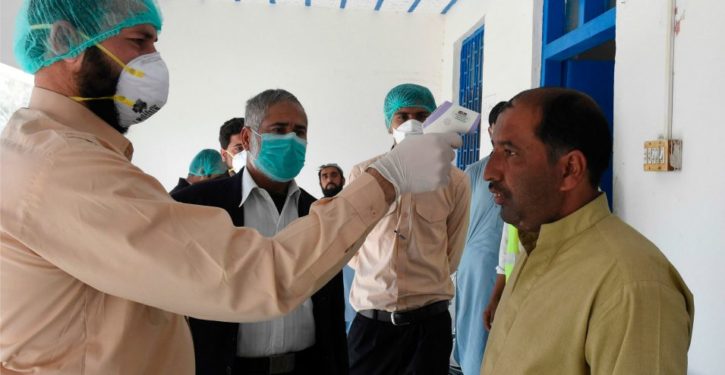 Trump Is Trying to Pull Millions Off Insurance as Coronavirus Spreads

“Though the lawsuit to overturn the ACA is built on what experts call a shaky legal argument, the threat of the Justices overturning the law is made all the more chilling by the fact that the Trump administration has no backup healthcare plan whatsoever. They haven’t proposed or introduced a single plan since 2017, when an attempt to repeal Obamacare failed in the Senate.”

Trump Is Trying to Pull Millions Off Insurance as Coronavirus Spreads

The Supreme Court just agreed to hear a Trump-supported lawsuit that could make millions of people lose their health insurance, the last thing you want during a global pandemic.

oday the Supreme Court agreed to hear a case about whether the Affordable Care Act, or Obamacare, can remain the law of the land even without its tax penalty for not having health insurance. The Justices won’t hear the case until the Court starts a new term in October, meaning their ruling won’t come until well after the presidential election.

But in agreeing to hear the case rather than dismissing the suit outright, the Court is setting up the possibility that millions of people would lose their health insurance as the coronavirus spreads around the globe.

The lawsuit arguing that Obamacare should be overturned was filed by Attorneys General in Reublican-led states. The Trump administration took the unprecedented step of supporting the suit rather than defending a federal law on the books. (The suit claims that since Congress zeroed out the tax penalty for not having insurance in December 2017, the whole law is invalid.) The House of Representatives and several Democratic-led states had asked the Supreme Court to hear the case in the current term which ends in June, but the court denied that motion in January. Today, the court agreed to hear the case in its next term.

Though the lawsuit to overturn the ACA is built on what experts call a shaky legal argument, the threat of the Justices overturning the law is made all the more chilling by the fact that the Trump administration has no backup healthcare plan whatsoever. They haven’t proposed or introduced a single plan since 2017, when an attempt to repeal Obamacare failed in the Senate.

During a Senate hearing on February 13, Health and Human Services Secretary Alex Azar said that an Obamacare replacement plan wasn’t needed until the Supreme Court ruled in the case. “We would wait until there’s a final judgment in the final court of authority—in this case, it would obviously be the Supreme Court,” he said.

This was a stunning answer on February 13, and it’s even more striking now as the novel coronavirus, or Covid-19, is spreading within the U.S. The Centers for Disease Control and Prevention has since said that spread of the virus is inevitable and that Americans should prepare for “significant disruption” to their daily lives.

Yes, the ACA is far from perfect: While close to 20 million Americans got health insurance under the law, there are still nearly 28 million people who don’t have insurance and millions more who do but who delay or don’t get care because their out-of-pocket costs (like copays and deductibles) are too high.

But if the imperfect law were to be overturned, a lot of those 20 million people would be uninsured again unless they could get insurance through their job or a spouse—very bad news if there’s a pandemic on our hands.

Even now, there are people getting stuck with huge medical bills because of fears they have the coronavirus. The New York Times reported that a U.S. man and his daughter who were evacuated from China now face $2,700 in bills after two mandatory hospital stays—the man had insurance in China through his job but not the U.S. Neither of them have tested positive for the virus. A Miami man who flew to China was worried he had coronavirus but tested positive for the flu—and he was stuck with a $3,300 bill because he has limited health insurance. While he may only have to pay $1,400 of that, his story went viral as a cautionary tale about our broken health insurance system. And these bills are nothing compared to the cost of hospital stay to treat confirmed cases of Covid-19.

People in the U.S. may avoid getting care out of fear of those bills. As Nicole Karlis deftly said in Salon: “The United States’ piecemeal, for-profit system essentially disincentivizes the uninsured and under-insured from seeking out testing for COVID-19, or even going to the doctor if they are sick in the first place.”

Add to this the fact that the U.S. also doesn’t guarantee paid sick leave, and we could have a disaster on our hands, and one that will disproportionately affect people who are struggling to get by. (It’s no surprise that backers of Medicare for All are highlighting the danger the coronavirus poses in a country without universal healthcare.)

If the Supreme Court were to overturn Obamacare, there would be even more people who weigh their decision whether or not to get care for suspected coronavirus against the possible financial ruin they’d face for getting that care.

It’s another example of how people’s lives are on the line this November. As New York Senator Chuck Schumer pointed out after the Supreme Court agreed to hear the case: “any Democratic president would immediately drop this heartless Republican lawsuit.” 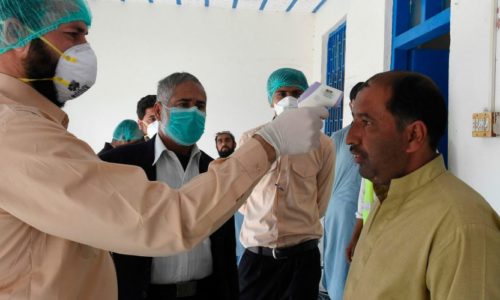