https://www.ewg.org/release/newsom-moves-protect-kids-pesticide-drift-homes-become-classrooms
California Gov. Gavin Newsom has directed all counties to tighten restrictions on pesticide spraying near homes, to protect children from toxic chemicals drifting from crop fields while they are homebound during the coronavirus pandemic. Newsome’s order signals a new approach to California agriculture regulation, calling for “transitioning away from harmful chemicals.”

Calls for New Approach to Agriculture: ‘Transitioning Away From Harmful Chemicals’ 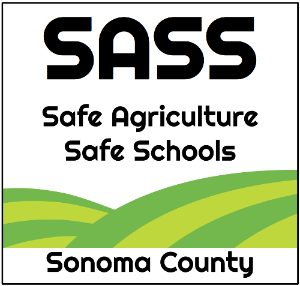 SAN FRANCISCO – California Gov. Gavin Newsom has directed all counties to tighten restrictions on pesticide spraying near homes, to protect children from toxic chemicals drifting from crop fields while they are homebound during the coronavirus pandemic. Newsome’s order signals a new approach to California agriculture regulation, calling for “transitioning away from harmful chemicals.”

At Newsom’s direction, the California Department of Pesticide Regulation, or DPR, issued guidance to all 58 county agriculture commissioners to take a series of aggressive steps to ensure kids are not exposed to pesticides while forced to stay home from school, including:

The Newsom administration will take a much tougher approach to penalizing farm operations that violate the rules, imposing fines up to $5,000 “per person per incident” and ensuring that county agriculture commissioners “prioritize investigations of violations near homes and schools.” Previous administrations treated each instance of pesticide abuse as a single violation regardless of the number of people affected, and local investigations did not prioritize schools or homes.

DPR will also boost its promotion of the use of California’s System for Pesticide Incident Reporting, a mobile app for reporting pesticide drift.

No previous California governor has taken such an aggressive approach with the state’s powerful chemical-based agribusiness sector when it comes to protecting residents and farmworkers from pesticide drift from nearby farm fields. People who live near farms and environmental and farmworker justice advocates have been calling for such action from Sacramento for more than two decades.

“This order recognizes the extraordinary importance of reducing the threat of pesticide exposure among California’s most vulnerable communities during this COVID-19 crisis with a focus on growing a strong, climate smart agricultural economy while transitioning away from the use of harmful chemicals,” said Adam Vega, coordinator, Ventura County Coalition Advocating for Pesticide Safety.

“This administration has spoken about its commitment to California’s farmers, but that commitment under no circumstances should come down to a choice between who suffers more – the farmers or the farmworkers,” Vega said. “This is the perfect example, and opportunity, of what a working group on agriculture and essential workers could address immediately.”

“Farmworkers and their families are of course the most vulnerable of all. They are the frontline essential workers feeding us right now,” said actor, director and producer Laura Dern. “This issue is deeply personal to me. My mom, like so many, has been exposed to pesticide drift that invades her home and surroundings and seriously compromised her health and seriously affected her beloved pets.

“That’s why I’m so grateful for Gov. Gavin Newsom’s announcement of sweeping new state guidance to protect children and everyone else from pesticide spray drift that affects their homes,” Dern said. “His policy pledges would reduce the use of harmful chemicals in agriculture, and charts a hopeful, sustainable future that balances the needs of California’s farms with the health concerns of millions of people in nearby communities.”

“I’m so grateful to Governor Newsom for his leadership,” said Dern’s mother, actor, writer and director Diane Ladd, who lives in Ventura County. “And to all the organizations who are working together now to protect all Californians, especially our children and even our pets, from dangerous pesticide spray that drifts from farm fields onto our property and into our homes. It is especially important to protect anyone whose health conditions make them especially vulnerable to toxic pesticides that pose acute risk to our respiratory or nervous systems.”

“As a resident whose community has been ravaged by neighboring farms overspraying children, ill neighbors, preschools and elementary schools, I am forever grateful to Gov. Gavin Newsom for his bold, visionary leadership to safeguard all Californians,” said Heather Collins, of Ojai in Ventura County. “The landmark guidance his administration announced on May 7 will hold county agriculture commissioners accountable to protect residents from farm pesticide drift.”

“It will give homes the same protection from pesticide drift accorded now to schools,” Collins said. “And it will lead California in the direction of the governor’s goal of  ‘intricately connecting the areas of healthy soils, alternative pest management strategies, agricultural economies, community and worker health and safety, food systems and environmental resource priorities all while transitioning away from harmful chemicals.’”

“The governor’s letter and the directive from CalEPA make it very clear that there’s a new sheriff in town when it comes to pesticide abuse, who will put protecting people above promoting pesticides,” said James Wheaton, president of the Environmental Law Foundation, which provided legal assistance to the groups asking for reform.

“This is a new day for California’s kids and all residents of the state,” said EWG President Ken Cook. “It recognizes that during the crisis, homes are classrooms, and kids at home deserve the same protections from pesticide drift that apply to schools. Now those days spent at home learning will not be interrupted by a blast of dangerous pesticides wafting through windows and doors. Once again the governor is using the power and authority of his office to protect public health – the exact opposite of the leadership we are unfortunately seeing from elected officials in Washington.”

Newsom’s order comes almost exactly after a year he announced the ban of the neurotoxic pesticide chlorpyrifos over the risk it poses to children. Under the Obama administration, the Environmental Protection Agency proposed to ban the brain-damaging pesticide, but in 2017, Trump EPA chief Andrew Wheeler overruled his agency’s own scientists to reverse the pending ban.

The pesticide drift that poses a risk to children learning from home comes largely from conventional agricultural operations, not from organic farms, where the pesticide control technologies are much safer.

The organic agriculture sector in California is big – and getting bigger each year. According to California Certified Organic Farmers, in 2017 the state’s organic farming, processing and handling industry produced more than $14 billion in sales. Newsom’s desire for the state’s agriculture sector to be free of toxic chemicals could open the door to calls for organic to be the prevailing system of farming in the state.