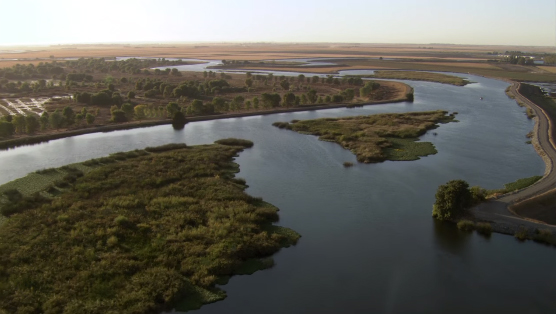 On April 29, Sierra Club, the Center for Biological Diversity, Restore the Delta and the Planning and Conservation League filed in the San Francisco County Superior Court a lawsuit challenging the California Department of Water Resources’s (DWR) approval of the long-term operation of the State Water Project (SWP), a massive water transport system that moves water from Northern California to Southern California via the Delta.

In a draft environmental impact report released in November 2019, DWR proposed operations that significantly weaken environmental protections and allow for increased exports of fresh water from the Delta.

The DWR proposal alleged that the SWP has no environmental consequences. It also failed to analyze the environmental harms of building a new diversion tunnel in the Delta which would be used to ship those additional exports.

Sierra Club California commented on the draft proposal noting, among other things, that the proposed operations will lead to further degradation of the San Francisco Bay-Delta.

The San Francisco Bay-Delta is the largest coastal estuary along the west Coast of North America and is a linchpin in salmon migration and reproduction. The Bay-Delta ecosystem is in decline, largely due to excess diversions of freshwater flows out of the Delta. Much of that water is sent to large agribusiness corporations in the southern Central Valley, where permanent nut orchards have rapidly replaced more flexible annual crops.

In its final determination on how to operate the SWP, DWR effectively ignored the Club’s comments and formally approved its environmental impact report on March 31.

In the environmental lawsuit challenging DWR’s action, the environmental groups maintain that California needs to operate its water management systems in a manner that strengthens protections for the Delta communities and the region’s native fish and wildlife species.

You can find the complaint here.