See chart below on glyphosate use in Sonoma County vineyards per California Dept. of Pesticide Regulations (cdpr.ca.gov) 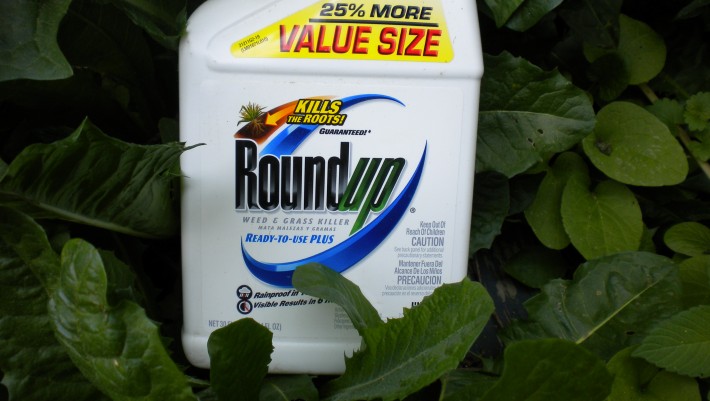 Bayer-Monsanto have announced that the company will make a total payment of $10.1 billion to $10.9 billion (€9.1 billion to €9.8 billion) to settle the non-Hodgkin’s Lymphoma Roundup litigation in the U.S.. Roundup is the most sold glyphosate-based herbicide in the world.

Bayer-Monsanto will make a payment of $8.8 billion to $9.6 billion to resolve the current Roundup litigation, including an allowance expected to cover unresolved claims, and $1.25 billion to support a separate class agreement to address potential future litigation. The Roundup class agreement will be subject to approval by Judge Vince Chhabria of the U.S. District Court for the Northern District of California. The resolutions were approved unanimously by Bayer’s Board of Management and Supervisory Board with input from its Special Litigation Committee.

“The Roundup agreements are designed as a constructive and reasonable resolution to a unique litigation,” said Kenneth R. Feinberg, court-appointed mediator for the settlement talks.

The three cases that have gone to trial so far – Johnson, Hardeman and Pilliod – will continue through the appeals process and are not covered by the settlement.

Roundup is currently under even more health scrutiny, as a group of independent scientific institutions has recently gathered together to perform the most comprehensive safety study ever on the weedkiller – the Global Glyphosate Study – and initial pilot results are not positive for glyphosate-based herbicide manufacturers such as Bayer-Monsanto. So despite this settlement Bayer is certainly not out of the woods yet on this issue.

In August 2018 Bayer-Monsanto lost a landmark cancer trial in San Francisco and was ordered by the Judge to pay over USD 289 Million in total damages to the former school groundskeeper Dewayne Johnson, a California father who has non-Hodgkin’s lymphoma, which was caused by Monsanto’s glyphosate-based weedkiller Roundup. The case opened the floodgates and enabled thousands of other cancer sufferers to sue the company across the U.S..

Test Your Food and Water at Home for Glyphosate – Click Here

Johnson’s attorneys said he was diagnosed with non-Hodgkins Lymphoma after spraying the glyphosate-based Roundup weed killer for two and a half years.

Monsanto is responsible for Dewayne “Lee” Johnson’s illness, suffering and reduced life expectancy because of the cancer-causing nature of its product, glyphosate-based weedkiller Roundup, the San Francisco Superior Court jury determined. The jury deliberated for three days after a four-week trial.

Glyphosate, the world’s most sold herbicide, was classified as a probable human carcinogen in 2015 by the International Agency for Research on Cancer, an arm of the World Health Organization. Monsanto, now a subsidiary of Bayer, held the initial patent and remains the leading distributor.