NYT: A ‘Wall of Vets’ Joins the Front Lines of Portland Protests

Military veterans said they banded together to protect the free speech of demonstrators. 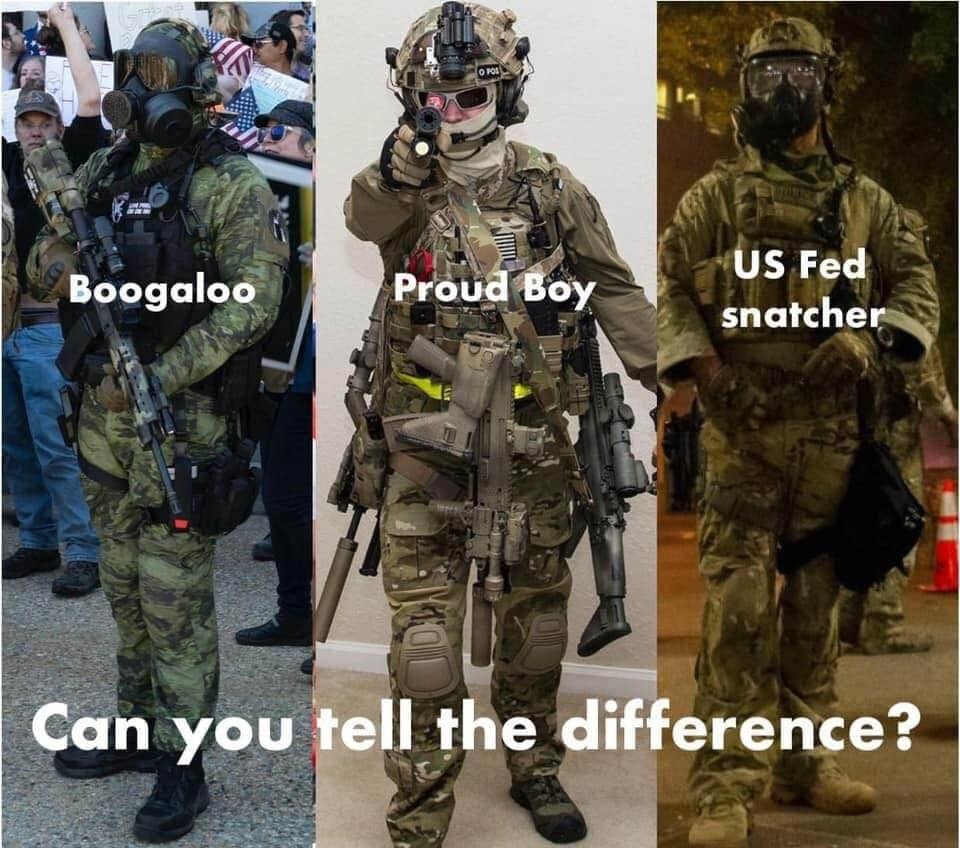 PORTLAND, Ore. — A week after federal officers in Portland, Ore., brutally struck a Navy veteran who said he had approached them simply to ask a question, a group of military veterans on Friday joined the front lines of the city’s growing protests.

Duston Obermeyer, a Marine Corps veteran, said he and other veterans were there to make sure federal officers did not infringe on the free speech of protesters, who numbered in the thousands.

“Our veterans are here specifically to support the rights of the protesters to protest,” said Mr. Obermeyer, who said he had deployed three times during a decade in the Marines.

The group of vets lined up in front of a fence erected outside the federal courthouse. They stayed together until a cloud of tear gas scattered much of the crowd.

While President Trump and the Department of Homeland Security have repeatedly labeled the protesters in Portland as “violent anarchists,” demonstrators have banded together in groups. A “Wall of Moms” has grown to include hundreds of women in yellow shirts linking arms. A “Wall of Dads” in orange shirts has included some with leaf blowers used to push tear gas away from the crowds. Many nurses on Saturday showed up in blue scrubs.

Local officials have demanded that federal agents leave the city, saying their presence has inflamed tensions and their tactics have been outrageous. One of those concerning cases was that of Christopher J. David, a Navy veteran who said he went to the protests for the first time last weekend to ask officers whether they felt their actions violated the Constitution.

As he stood still in front of the officers, one began hitting him with a baton. Mr. David said the attack broke his fingers.

Mr. Obermeyer cited that case as one of the motivations of the “Wall of Vets.”

Another veteran, Clint Hall, said he came out to support the Black Lives Matter movement. Carrying a “Disabled Veterans 4 BLM” sign, the Army veteran said the federal presence in the city had simply increased the tension.

“Things were getting better, and then they came here and made it worse,” Mr. Hall said. “Enough is enough.”

After suffering through the tear gas that was shot into the crowd, Mr. Hall said that the tear gas was so strong that it was leaving burns on his skin. He said it felt worse than the tear gas he recalled from his time in the Army.

“This response from the feds is over the top,” he said.

More on the Protests in Portland
Federal Agents Push Into Portland Streets, Stretching Limits of Their Authority
July 25, 2020 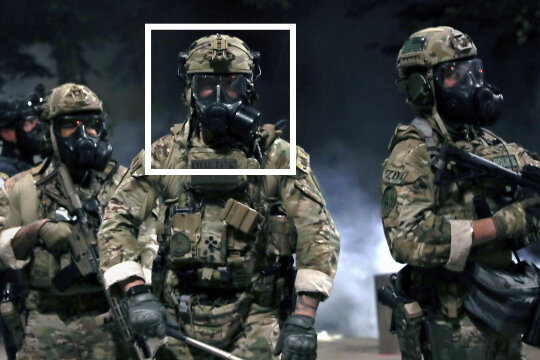 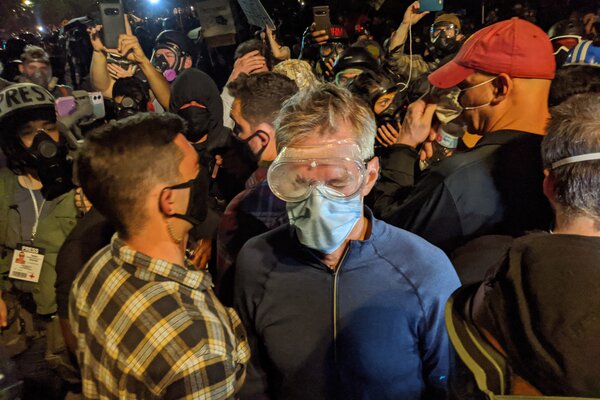 How One of America’s Whitest Cities Became the Center of B.L.M. Protests
July 24, 2020