WEAR YOUR MASK! “In short, Sweden’s great “experiment” didn’t work at all. In fact, it backfired. And it appears that those in the U.S. who are trying to portray reopening as some kind of necessary “economic trade-off,” with human lives as the bargaining chips, are leading us to a similar fate.” 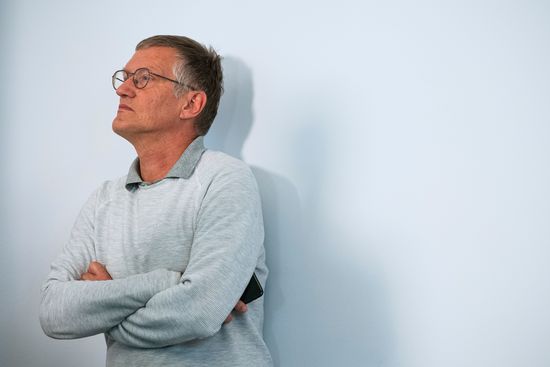 It seems 2020 was the year that the political right fell into a weird love affair with Sweden. This “high-tax, welfare-loving country” with a universal healthcare system took a unique, “hands-off” approach against the novel coronavirus, much to the delight of Libertarians and anti-vaxxers eager to sow distrust of governmental actions on Facebook. Even traditional “conservatives” such as Newt Gingrich and Tucker Carlson reflexively jumped at any chance to capitalize on the public’s discomfort with social distancing and inconvenient business lockdowns imposed in this country.

The Swedish model, as it became known, eschewed business closures and relied entirely on the personal responsibility of Swedish citizens to demonstrate appropriate risk-avoidant behavior during the pandemic. Essentially, in Sweden, large public gatherings were banned—but bars, restaurants, shops and many schools remained open, with no specific guidelines regarding social distancing, beyond voluntary “common sense” measures. So the protocol in Sweden was, in practice, not particularly different from those being put into place by Republican governors in states which relied on their citizens’ “good judgment,” rather than mandatory face mask orders and of the shutdown of certain businesses.

And for about two months, into late April, the rest of the world could still gaze with wonder at the carefree Swedes who had inexplicably beaten the virus through their own volition, without any irksome mandatory orders or restrictions. Though harshly criticized by many scientists and medical professionals within Sweden itself, the methodology chosen by Stockholm found some very visible champions. Folks like Anders Tegnell, that country’s chief epidemiologist, declared rather presumptuously at that time that “Many countries are starting to come around to the Swedish way.” In the same interview, Tegnell candidly disavowed any knowledge in the economic consequences of Sweden’s efforts.

Sweden’s champions in this country drew heavily from the Libertarian right, including Republican Senator Rand Paul who always seemed to include a favorable reference to Sweden in his scripted exchanges with Dr. Anthony Fauci. One would generally expect a snooty ignoramus like Paul to make an idiot of himself every time he opens his mouth, but in this particular circumstance he was hardly alone. Indeed, for a brief moment the Swedes seemed the victorious heroes in the global war against COVID-19.

Unfortunately, that is no longer the “enlightened consensus.” As reported by Peter Goodman for The New York Times, not only does Sweden now have a fatality rate six to 12 times higher than its Nordic neighbors Denmark, Finland, and Norway (all of which imposed mandatory lockdowns and enforced quarantines), it has virtually nothing to show for these sacrifices from an economic standpoint.

This is what has happened: Not only have thousands more people died than in neighboring countries that imposed lockdowns, but Sweden’s economy has fared little better.

“They literally gained nothing,” said Jacob F. Kirkegaard, a senior fellow at the Peterson Institute for International Economics in Washington. “It’s a self-inflicted wound, and they have no economic gains.”

As far as comparisons with the U.S., which at least managed to establish mandated lockdowns in Democrat-led states for significant time periods, the per capita Swedish death rate is now 40% higher than even the U.S.’s horrendous figures.

Sweden’s ICU capacity was stressed, but never overwhelmed, a fact that also figured heavily in the early praise heaped upon the country’s unique approach. However, as noted by Eric Mack, writing for Forbes, a recent study of the Swedish “experiment” suggests a rather disquieting reason for that. It seems that once patients arrived at a hospital in Sweden and diagnosed with COVID-19, that prognosis—together with the patient’s age—was factored into whether they’d be “allowed” an ICU admission at all. In other words, it appears that doctors were letting older COVID-19 patients simply die, without admitting them for ICU treatment, so as to not overstrain their hospital capacities.

As Goodman’s Times article points out, Sweden’s experience is relevant to what is now happening in the U.S., where Donald Trump and his Republican collaborators have constantly framed the issue as one of “economy versus safety,” urging states to reopen their businesses as much and as soon as possible. Sweden tried that—the result was that people still voluntarily chose to stay away from businesses for their own safety, they still chose not to dine out at the Swedish equivalent of Applebee’s or Olive Garden, and they still chose not to patronize shopping malls and stores unless it was necessary.

The result was predictable. In addition to experiencing an abnormally high death rate, the Swedish economy is now no better off than any of its neighbors.

The elevated death toll resulting from Sweden’s approach has been clear for many weeks. What is only now emerging is how Sweden, despite letting its economy run unimpeded, has still suffered business-destroying, prosperity-diminishing damage, and at nearly the same magnitude of its neighbors.

Part of the reason, Goodman explains, is human nature: The human will to survive is greater than their will to shop. And Sweden’s economy, just like the American economy, is intertwined with those of other countries in the region (even though, as The Times points out, Swedes and other Scandinavians can actually afford to spend more money than Americans can during this pandemic, since they are secure in the knowledge that health care will be provided). Another factor dragging Sweden down, Goodman notes, was the unwillingness of its leaders to change course once it became apparent that the economy was not going to suddenly bounce back. As an example, Norway’s economy is expected to revert to normality far more rapidly; Norway locked down drastically, contained the virus with quarantining and testing, and is now re-opening rapidly.

In short, Sweden’s great “experiment” didn’t work at all. In fact, it backfired. And it appears that those in the U.S. who are trying to portray reopening as some kind of necessary “economic trade-off,” with human lives as the bargaining chips, are leading us to a similar fate.