USA one of the last countries to ban the toxin from ingestion.

Fluoride exposure has been linked to ADHD in children, and The Journal of Epidemiology and Community Health wrote extensively about fluoride’s negative effects on the thyroid gland and a possible connection to depression, weight gain, and other negative health effects. 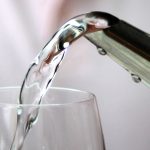 (NaturalHealth365) On Monday, June 8th, a federal court trial began in San Francisco that could be the beginning of the end of water fluoridation in the United States. The Fluoride Action Network (FAN), an alliance of groups led by the Food & Water Watch – a government accountability nonprofit – is suing the Environmental Protection Agency (EPA) to force it to limit or ban adding fluoride to American drinking water.

The group is arguing that fluoridation violates the Toxic Substance Control Act and presents an unreasonable risk to the general public, especially young children and babies in the womb.

A short history of the fluoride wars

Water fluoridation was once heralded as one of the best public health achievements of the twentieth century.  It’s almost hard to believe that public “health experts” would think that putting industrial-grade fluoride chemicals into the public water supply is a “good thing.”  But, they did!

Since 1946, municipal water utilities have added the chemical to tap water with the goal of improving dental health. Today, almost 75 percent of people in the U.S. on public water systems drink fluoridated water.

Anti-fluoride groups and environmentalists began protesting as soon as municipal and county governments began fluoridating water. A default health intervention is undemocratic, they claimed. The government has no right. Who’s setting the “proper amount?”

Naturally, many concerned citizens point out that water fluoridation is equal to “mass medicating” the population without consent.

Fluoride soon became a lightning rod for conspiracy theories and a cause often associated with Cold War anxieties.  In addition, it is widely believed that the U.S. government uses fluoride as a form of mind control.  And, finally, that the Nazi’s used fluoride to keep people docile.

But, no matter what you believe, one fact can not be ignored: fluoride isn’t a benign chemical and over time its reputation as a “public health achievement” has been (thankfully) fading away.

Warning: Something is in the water supply and it’s not good

The dangers of water fluoridation are extensive and well documented.

Fluoridation has been linked to dental fluorosis in children – a cosmetic discoloring of the teeth caused by an overexposure to fluoride that effects roughly 40 percent of adolescents.

In 2012, the Harvard School of Public Health published a “largely ignored” study on the impact of fluoride on the neurological development of children, which was followed by another study that found a connection between exposure to water fluoridated at low concentrations and a reduced IQ among children.

Fluoride exposure has been linked to ADHD in children, and The Journal of Epidemiology and Community Health wrote extensively about fluoride’s negative effects on the thyroid gland and a possible connection to depression, weight gain, and other negative health effects.

Since 2010, 125 communities have removed fluoride from their water systems, with Portland, Oregon having the largest fluoride-free water system in the U.S.

Court battle could change fluoridation of water for millions of people

For decades, people have fought against the inclusion of fluoride in public drinking supplies. This is the first time a citizen’s petition filed under the Federal Toxic Substances Control Act has made it to the trial stage.

Will this historic court case finally reset our tap water?  We certainly hope so.  Stay tuned as NaturalHealth365 continues to monitor these events.