USA not so much. Rapid tests are for professional athletes and the president/immediate staff. Week long waits for test results are common in the US.

Coronavirus: UK to roll out millions of 90-minute ‘rapid tests’

Britain is set to roll out millions of new, 90-minute “rapid tests” for the novel coronavirus and other viruses common in winter, the country’s health ministry has said.

Starting next week, hospitals, nursing homes and laboratories will have access to some 5.8 million tests analysing DNA and another 450,000 swab tests.

Neither requires medical training to administer, meaning they can be performed in non-clinical environments, the ministry said in a statement released on Monday.

This would be a significant increase on current testing capacity in the country and would aim to limit community spread of the virus before the cold months, when people are more vulnerable to viruses

“The fact these tests can detect flu, as well as COVID-19, will be hugely beneficial as we head into winter, so patients can follow the right advice to protect themselves and others,” Health Minister Matt Hancock said.

Approximately 5,000 machines that will be used for the analysis of DNA collected in nasal swabs will be distributed to government hospitals from September.”We have been able to successfully adapt our in-store consumer DNA testing technology – which identifies genetic risks for chronic conditions related to obesity and type 2 diabetes – and validate it for detecting COVID-19 with gold-standard accuracy,” said Chris Toumazou, CEO and co-founder of DnaNudge, the company the produced the DNA-based tests and associated machines.

Meanwhile, almost half a million of the new swab tests, called LamPORE, will be available at elder care settings and labs from next week, with millions more to be rolled out later in the year.

With more than 300,000 cases of infection recorded, the UK has been hit hardest in Europe by the pandemic in terms of the death toll.

More than 46,000 people have died from COVID-19, according to official figures, the fourth-highest toll in the world.

Britain’s healthcare system has come under severe strain during peaks in the outbreak.

Separately, the publicly funded National Health Service (NHS) said it would be offering “COVID-friendly” treatments to cancer patients, including drugs that do not have a big impact on the immune system. 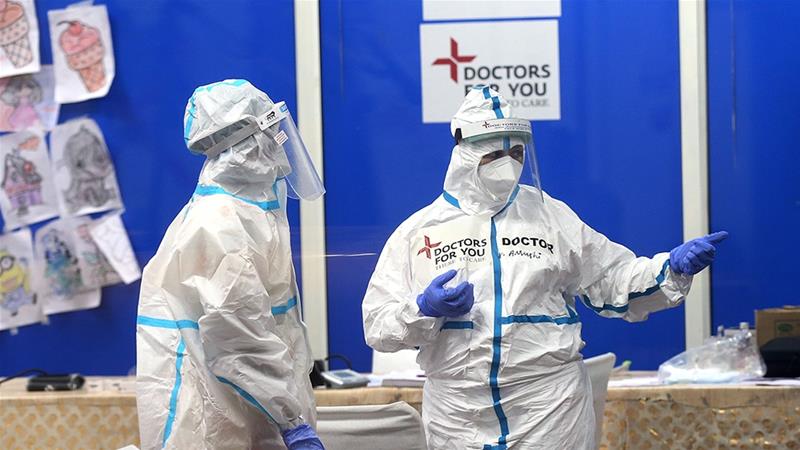