Protesters carried signs that declared “U.S. Mail Is Not For Sale,” “PM DeJoy, Stop Delaying De-Mail,” and “Senators: Do the Right Thing.”

A protester holds a sign outside a post office in Bar Harbor, Maine on August 25, 2020. (Photo: Indivisible MDI)

A union representing U.S. Postal Service employees joined with USPS supporters to hold dozens of rallies across the country Tuesday demanding that Congress #SaveThePostOffice by providing the agency with at least $25 billion in emergency funding as well as stopping and reversing mail slowdown policies introduced by Postmaster General Louis DeJoy.

The day of action organized by the American Postal Workers Union (APWU) came after DeJoy, a GOP donor recently appointed by President Donald Trump, testified Monday before the House Oversight Committee and demonstrated, as committee member Rep. Katie Porter (D-Calif.) put it, that he “doesn’t know the basics of his agency.” 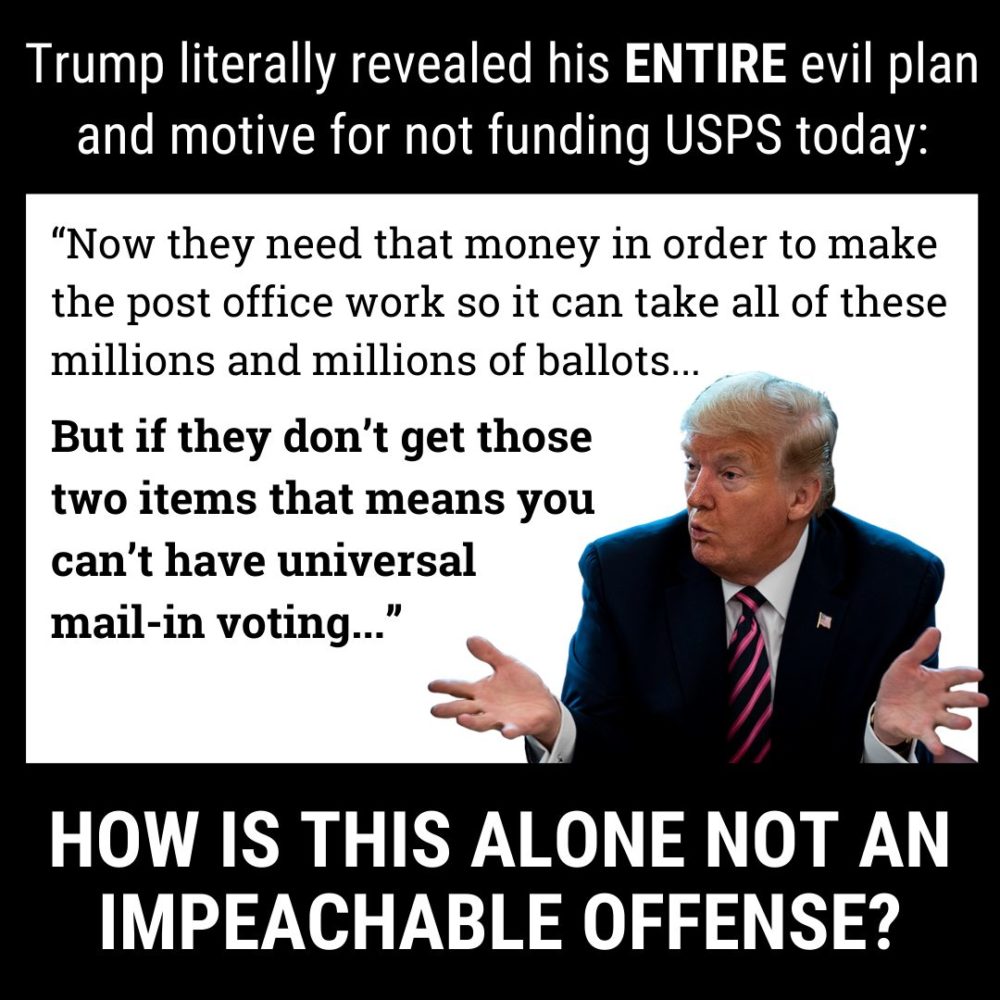 After widespread public outrage and allegations that DeJoy and Trump were sabotaging the USPS to benefit the president electorally, the postmaster general last week suspended—but did not reverse—the operational changes until after the November election, which is expected to see increased use of mail-in ballots due to the Covid-19 pandemic.

Democratic lawmakers, civil rights advocates, and other critics of DeJoy’s changes—which included removing mailboxes and mail-sorting machines and cutting overtime and post office hours—have pointed out that the resulting service delays not only threaten the election but also impact the timely delivery of items such as medications and paychecks.

Hundreds of demonstrations were planned last weekend for “Save the Post Office Saturday” as the Democrat-controlled House returned from recess early to approve Rep. Carolyn Maloney’s (D-N.Y.) Delivering for America Act, which would reverse DeJoy’s changes, bar additional changes during the pandemic, require that election mail be treated as first class, and provide the USPS with $25 billion in emergency funding. 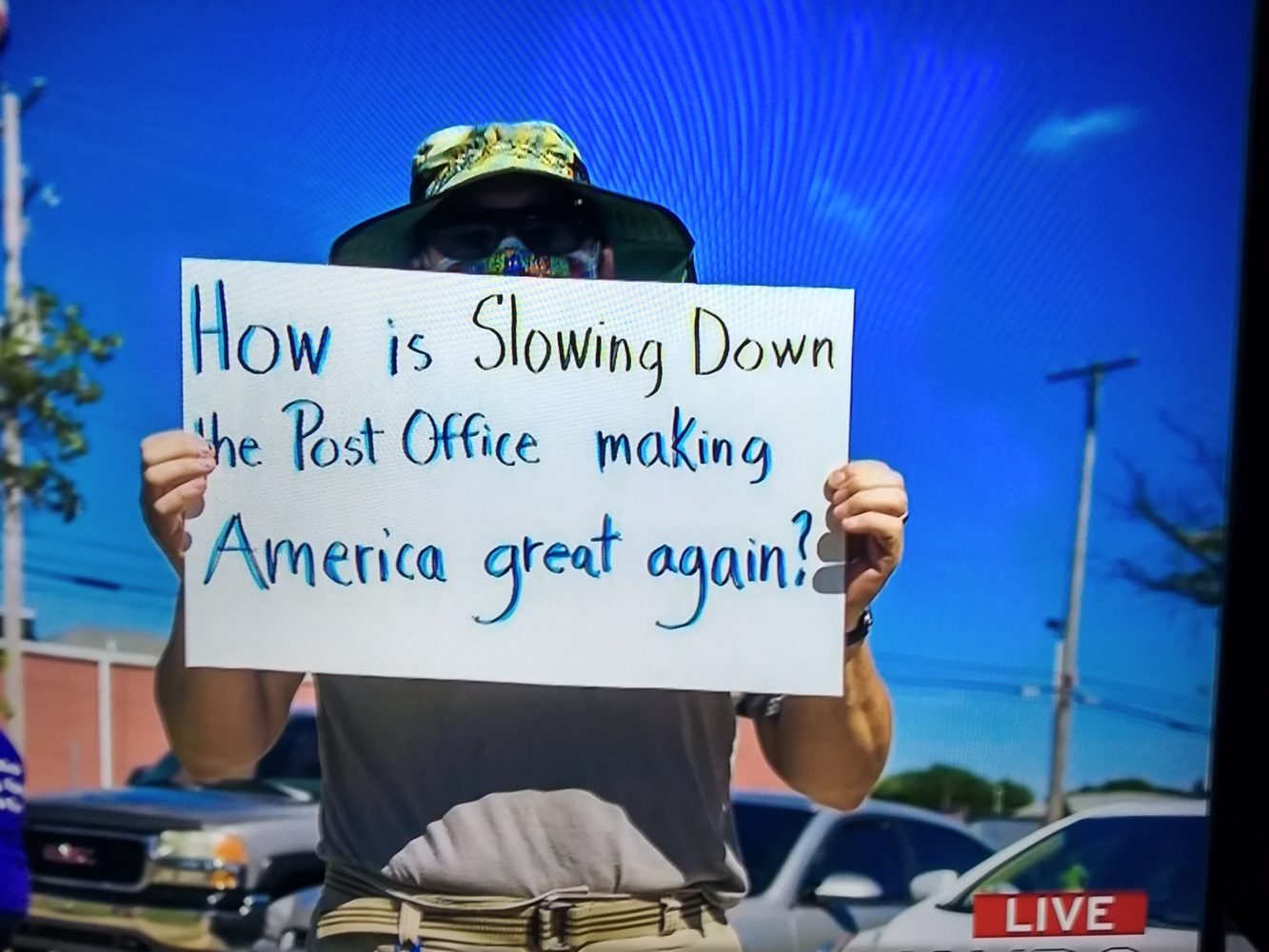 Senate Majority Leader Mitch McConnell (R-Ky.) has so far ignored calls from progressive lawmakers, advocacy groups, and people across the country to immediately bring members of the upper chamber back from recess to vote on that legislation or a broader Covid-19 relief package.

An APWU flyer (pdf) for Tuesday’s demonstrations calls for that funding and the permanent reversal of DeJoy’s changes, and explains that a sharp decline in revenue due to the Covid-19 crisis means the USPS could soon run out of money, jeopardizing essential services nationwide.

“Let’s keep up the massive wave of support for our public Postal Service,” the flyer says. “Postal workers are absolutely dedicated to providing prompt, reliable, and efficient postal services to the country through the pandemic, through the election, and beyond. They must have the support to continue their vital mission.”

Some protesters carried signs that declared “U.S. Mail Is Not For Sale,” “PM DeJoy, Stop Delaying De-Mail,” and “Senators: Do the Right Thing.”

“We’ve brought people from all across the state to Inez today to show the solidarity,” Clyde Trent, secretary-treasurer of the Kentucky Postal Workers Union, said of a local protest Tuesday. “We chose Inez because this is where the chairman for the Board of Governors for the post office lives. This is his home. So he understands how important rural America is as well. We want him to see the support so that he will support us.”