Update: Here is link for the meeting:

Support or Oppose? Sebastopol Inn to be homeless shelter?

Nextdoor and waccobb.net have many comments on both sides of this issue. Yesterday was the city council meeting and it appears to be stalled on the city level and full throttle forward to purchase by Supervisor Lynda Hopkins. 31 units will only scratch the surface of the growing needs. Does small town Sebastopol have the infrastructure to handle sanitation, police and any problems that might arise? How will it effect small businesses who are struggling to survive? Could money be better spent? How will residents feed themselves without a kitchen?

Residents say NO to the city. Last nights zoom meeting describes the intent to house homeless seniors susceptible to coronavirus, make it permanent homeless shelter after virus is contained.   See their comments below.

“Whether you support or oppose, you should be addressing your comments to Supervisor Lynda Hopkins. this is a County project and moving forward very quickly”. 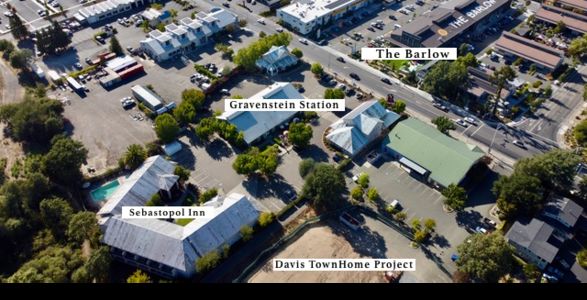 On August 4, 2020 the Press Democrat broke the story that Sonoma County housing officials are negotiating to buy the Sebastopol Inn, eyeing the 31-room boutique hotel near the heart Sebastopol’s downtown to be used as a permanent homeless housing. According to Barbie Robinson, interim executive director of the county’s Community Development Commission and director of the Department of Health Services states, “This is part of a model for permanent supportive housing”.

As the Sebastopol Downtown Association’s purpose is to promote, nurture and cultivate the downtown vitality, the SDA is extremely concerned about the impact of this proposal on our local businesses and economy.

1. It will have a negative impact on the beloved businesses in the GRAVENSTEIN STATION and THE BARLOW
2. Sebastopol currently has only two hotels; and a moratorium on non-hosted vacation rentals. We must preserve our existing hotel rooms.
3. The Hotel Sebastopol’s construction is on an indefinite hold. The loss of Sebastopol Inn will be gravely felt.
4. The current sales tax and TOT tax situation for Sebastopol is in a fragile state; this could sink businesses in close proximity.
5. It will stress our essential services; ie fire and police services.
6. Does Sebastopol have the funds for the ripple effect generated by this proposal that will affect the tax revenue that is already burdened by the COVID-19 crisis?
7. Funding is from short-term money associated with COVID-19 resources, will the long-term maintenance of this building fall on the City of Sebastopol and tax paying residents?
8. The City of Sebastopol has spent $40K since April for economic vitality. How much more will the City need to spend to offset the effects of permanent homeless housing in the downtown business district.
9. Sebastopol businesses are already struggling to recover as a result of the fires, floods and COVID-19; their struggles are trickling down to the City of Sebastopol and its residents. How much more stress can they endure?

The SDA acknowledges a homeless problem exists in Sonoma County. However, converting one of Sebastopol’s two hotels to permanent housing is not the solution. We propose that Supervisor Lynda Hopkins and the Board of Supervisors seek an alternative site outside of the Sebastopol Downtown District.

ACTIONS YOU CAN TAKE:
1. SIGN and SHARE the petition. Add Your Comments to be shared with the City Council on Tuesday August 11th

2. Attend the August 11th City Council meeting dedicated to this topic with Supervisor Hopkins; where you will have the opportunity for public comment
zoom meeting ID 816 4928 9886
zoom password: 732389

IF YOU CHOOSE NOT TO SIGN THE PETITION YOU MAY EMAIL YOUR THOUGHTS DIRECTLY TO:
3a. Board of Supervisors: bos@sonoma-county.org

Thank you for supporting our amazing, local and diverse business district; they are truly the heart and soul of Sebastopol.