Daily Kos: Postmaster General Louis DeJoy can be indicted, impeached, sued, and removed—go get him! 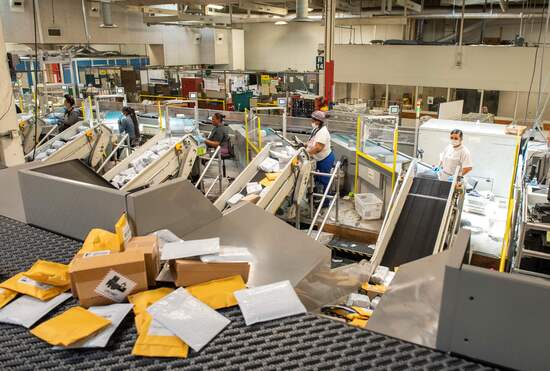 Postmaster General Louis DeJoy can be indicted, impeached, sued, and removed—go get him! 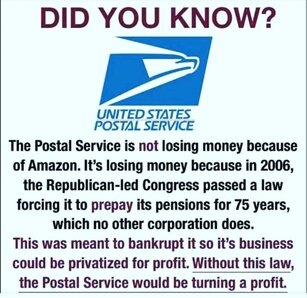 Back in 2017, the Republican National Committee announced four finance chairmen. One of those was Las Vegas casino owner Steve Wynn, since forced to resign under allegations of sexual misconduct. The next was Elliot Broidy, who told a foreign government he could get the Justice Department to drop a graft investigation—if he was paid $75 million. Number three was some guy named Michael Cohen who … has a new book, so that’s cool. The last of the four was Louis DeJoy, top Republican fundraiser and current postmaster general engaged in sinking the service through blatant sabotage.

With Trump refusing to even consider a bill that would provide necessary funding, and DeJoy meeting with Republican leaders to give them both an assurance that the Post Office won’t be prepared to handle the election, as well as smoothing the road for the old Republican dream of privatizing a government service guaranteed by the Constitution, it may seem like there’s little that can be done, especially considering the ticking clock between now and Election Day. But there are ways to turn up the heat and turn this problem around.

If Postmaster General Louis DeJoy wasn’t awake, he is now. A protest led by @ShutDown_DC is currently outside his Kalorama condo. #SaveUSPS

Unlike many political stories that either appear get ignored, or worse, are used as an excuse for a round of both-sides-do-it smears, the attempt to destroy the Post Office is getting enormous media attention. After all, there’s no one who doesn’t mail a bill, collect a check, check out a catalog, get their medicine, pick up a package, recieve a legal notice, or maybe even look forward to a plain old letter. There may be a day when digital communications are so all encompassing and so secure that the Post Office is no longer needed, but in the words of Aragorn, “it is not this day.”

So what can be done about this? Unlike Donald Trump, no one at William Barr’s DOJ has crafted some special cotton-swabbing that protects Louis DeJoy from every form of justice.

DeJoy can be indicted

Which is why Rep. Bill Pascrell has made a criminal referral in the state of New Jersey, asking that a grand jury be empaneled to indict DeJoy on charges of election tampering. Pascrell has also asked for an indictment against Trump and others at the White House, because while the DOJ may believe in Trump’s absolute immunity from the law, no one else does.

With the Postal Service warning that the election is imperiled in 46 states, there’s absolutely no reason that your representative should not be making the same demand in your state. So call them. Grab a phone, call 202-225-3121, and tell your representative or senator to join Pascrell in asking for a criminal indictment against Louis DeJoy for deliberate interference in an federal election.

DeJoy can be impeached

As an official appointed by the executive, DeJoy is subject to the same penalties as every other such official—he can be impeached. While you’re on the phone to your representative, tell them to end their break today, Zoom everyone into special session, and announce that they are ready to impeach DeJoy as soon as they hear from the Postal inspector general who is already looking into complaints against DeJoy. At the very least, Congress should engage in immediate hearings on the Postal Service, demand DeJoy’s presence, and maintain the high visibility of this critical issue.

DeJoy can be removed

Because the Post Office is structured as a semi-independent agency, DeJoy actually answers to a board of governors. That same board of governors could, in theory at least, send the postmaster general packing. That theory seems a little less likely when you see who is on that board …

This is the USPS Board of Governors.

However, the image doesn’t just list the names of these all-white all-male leaders of an organization that’s 40% people of color, and 40% female. It also has their contact information. Call them. Email them. Put some heat on these people.

Check out Save The Post Office, the American Postal Workers Union, Stand By Your Mail, and while you’re at it … buy some stamps. As long as Louis DeJoy is in charge, funds are unlikely to go where they’re needed, but with Trump holding his short orange thumb on the scales, the situation is dire.

Sign and send this petition to your Republican U.S. Senator(s): The Postal Service is in trouble. Pass the HEROES Act immediately to provide the desperately needed $25 billion. 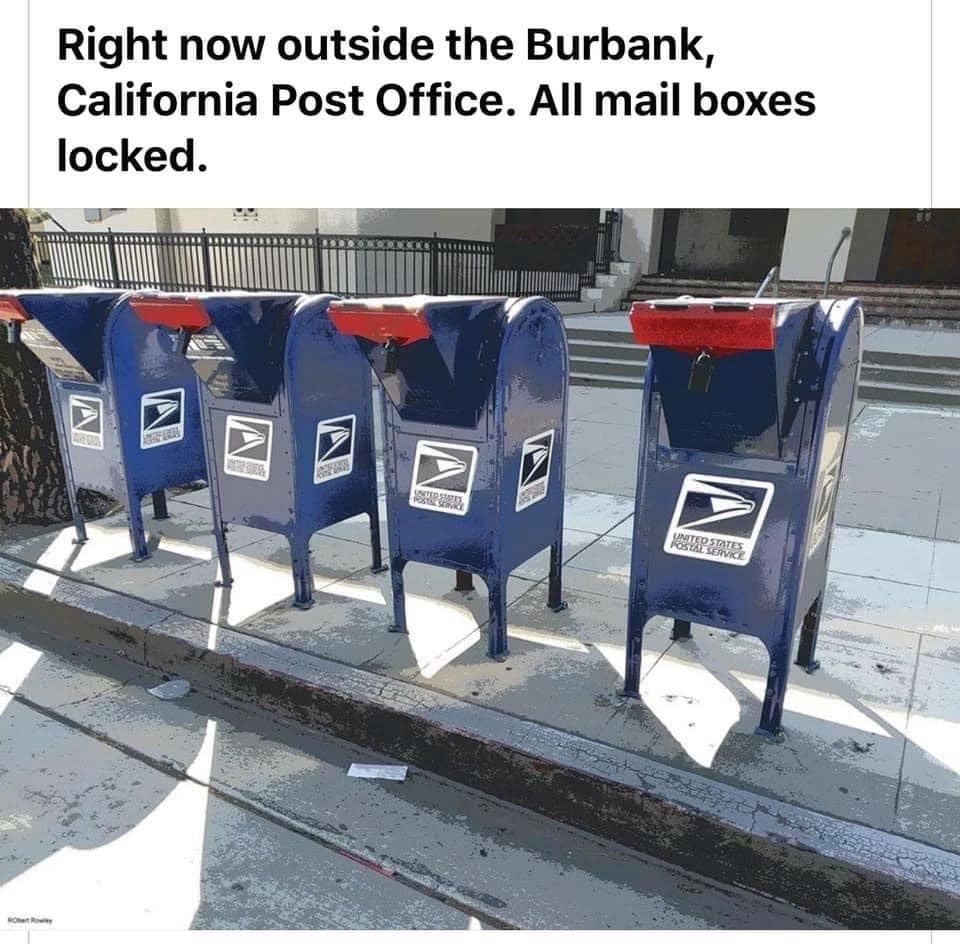