The study comes amid unrest in Kenosha, Wisconsin, following the latest high-profile police shooting of a Black man and the shooting deaths of two protesters by an alleged far-right militia member.

Protesters hold signs during a demonstration against the shooting of Jacob Blake in Kenosha, Wisconsin on August 26, 2020. Two people were shot dead and a third injured on the night of August 25 as anti-police protesters clashed with armed vigilante groups during a third night of demonstrations over the police shooting of Jacob Blake. (Photo: Kamil Krzaczynsky/AFP via Getty Images)

As law enforcement agencies and lawmakers respond to nationwide outrage over countless police shootings of Black Americans with pledges to address racial profiling and “implicit bias,” the Brennan Center for Justice released a report Thursday on what it called “an especially harmful form of bias, which remains entrenched within law enforcement: explicit racism.”

The presence of virulent racism within police ranks across the country has grown over the past two decades, Brennan Center fellow and former FBI special agent Michael German wrote in the report, as white supremacist and far-right militant groups have infiltrated law enforcement agencies. 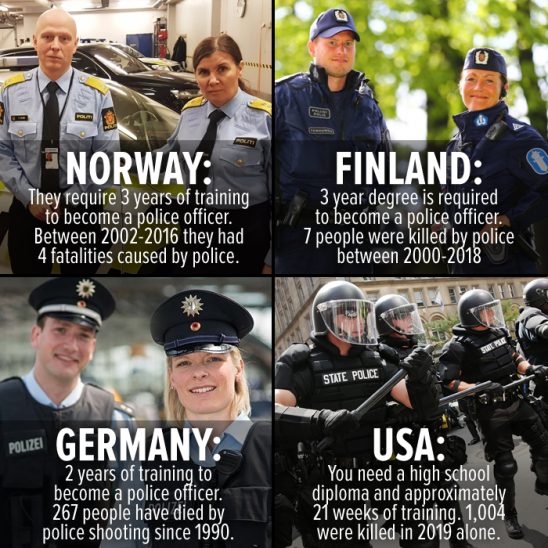 “While it is widely acknowledged that racist officers subsist within police departments around the country, federal, state, and local governments are doing far too little to proactively identify them, report their behavior to prosecutors who might unwittingly rely on their testimony in criminal cases, or protect the diverse communities they are sworn to serve,” wrote German. “Efforts to address systemic and implicit biases in law enforcement are unlikely to be effective in reducing the racial disparities in the criminal justice system as long as explicit racism in law enforcement continues to endure. There is ample evidence to demonstrate that it does.”

According to the report, titled “Hidden in Plain Sight,” police officers with alleged ties to white supremacist groups or violent far-right militias have been identified in states including Alabama, California, Connecticut, Florida, Illinois, Michigan, Oregon, Texas, Virginia, and Washington.

The report was called “wild and timely” by attorney and writer Madiba K. Dennie, as it was released two days after police in Kenosha, Wisconsin appeared to welcome the presence of armed militias at a protest over the police shooting of Jacob Blake, a black man who was left paralyzed.

As Common Dreams reported Thursday, cell phone video showed police telling armed white people that they “appreciated them being there” and handing them bottled water. One of the people in the video appeared to be a 17-year-old gunman who allegedly shot three people at the protest, killing two.

Kenosha Police Chief Daniel Miskinis blamed the victims for being at the protest after a city-wide curfew while defending the suspected gunman and other militia members for “exercising their constitutional rights.”

Footage of Kenosha Sheriff David Beth saying in 2018 that Black people who shoplift are “a cancer to our society” and “have to be warehoused” also surfaced on Wednesday, sparking alarm and outrage over the official’s open racism.

The ACLU on Thursday called for the immediate resignation of Beth and Miskinis.

The conduct of police in Kenosha offers only the most recent evidence that law enforcement agencies in the U.S. have sympathy for if not direct ties to far-right militias and white supremacist groups, according to German’s report.

Police in states including California, Oregon, and Illinois are currently being investigated for their alleged connections to far-right groups that oppose the Black Lives Matter movement, with many law enforcement officers engaging “in overtly racist activities in public, on social media, or over law enforcement–only communication channels and internet chat rooms.”

Earlier this year, an officer in Salem, Oregon was caught on video asking “heavily armed white men dressed like militia to step inside a building or sit in their cars while the police arrested protesters.”

The officer said he made the request “so we don’t look like we’re playing favorites.”

Officials in Olympia, Washington opened an investigation into an officer who posed for a photograph with a heavily armed far-right militia group called Three Percent of Washington, allegedly after the officer thanked the group for guarding a shopping center.

The Brennan Center noted that few safeguards exist at the local and federal level to root out police officers who have ties to far-right militant groups or white supremacy.

The failure to respond to evidence of explicit racism among police officers “signals to white supremacists and far-right militants that their illegal acts enjoy government approval and authorization, making them all the more brazen and dangerous. Winning back public trust requires transparent and equal enforcement of the law, effective oversight, and public accountability that prioritizes targeted communities’ interests.”

In addition to working to end implicit bias in policing, German wrote, agencies must establish mitigation plans when overt racism is detected in their ranks.

“Mitigation plans could include referrals to internal affairs, local prosecutors, or the DOJ for investigation and prosecution; termination or other disciplinary action; limitations of assignments to reduce potentially problematic contact with the public; retraining; and intensified supervision and auditing,” German wrote.

The report also called on the FBI to determine whether its domestic terrorist investigations involving white supremacists uncover any connections to law enforcement, and whether police officers investigated for civil rights violations “have connections to violent white supremacist organizations or other far-right militant groups, have a record of discriminatory behavior, or have a history of posting explicitly racist commentary in public or on social media platforms.”

“The most effective way for law enforcement agencies to restore public trust and prevent racism from influencing law enforcement actions is to prohibit individuals who are members of white supremacist groups or who have a history of explicitly racist conduct from becoming law enforcement officers in the first place, or from remaining officers once bias is demonstrated,” German wrote.