“I really wonder about the younger generations and what they’re going to have to live through. They are going to be living in a very different place,” said UC Berkeley professor Todd Dawson.”

In California, we’ve come to see drought, extreme heat and deadly fire as the most alarming, obvious evidence of climate change. But life as we know it is being altered in multiple ways, often just out of view.

There was a time not long ago when young great white sharks were seldom found north of Point Conception on the Santa Barbara County coast, because the water was too cold for them. But now there’s a sizable population in Monterey Bay, where water has warmed in recent years, and much of the ecosystem has been affected.

Farther south, warming trends off the coast of Baja California are part of a dynamic in which tropical air is pushing north and making Southern California hotter and more humid, creating better conditions for giving harbor to mosquitoes and other insects. Meanwhile, marine creatures from tropical climates are taking up residence off our coast.

And decreases in fog and precipitation over the last several decades are wreaking havoc not just on California’s $40-billion wine industry, which I wrote about recently, but also on other crops and even our redwood forests.

None of this is guesswork. It’s the result of years of research by dedicated scholars, and their discoveries serve as dire warnings only a fool would dismiss.

This leads me to the short visit to California, several days ago, by President Trump. He insisted better forest management is needed to prevent wildfires, and there’s some truth to that. But he shrugged off the reality of climate change, as he has for years.

“It will start getting cooler again,” he said. “Just watch.”

It’s not news that the president lacks basic intellectual curiosity about complex matters. But ignorance is particularly dangerous at the moment, because with the twin threats of the coronavirus and global warming, we need to pay attention to science and act accordingly rather than debunk it and make matters worse.

“I really wonder about the younger generations and what they’re going to have to live through. They are going to be living in a very different place,” said UC Berkeley professor Todd Dawson.

Dawson has studied, among other things, changes in California’s coastal fog.

“Over the last 60 years, fog has declined by about 30%,” said Dawson, explaining that fog is generated by the differential between air and ocean water temperatures. Warmer water means less fog and more sunlight, which means among other things that coastal vegetation such as chaparral is drier and more fire-prone.

Dawson’s study of the narrow band of redwoods that extends from the Oregon border to Big Sur found that in the north, which is cooler and wetter, the trees are fine. But he’s made disturbing observations about some of the redwoods at the southern end of the band, where a drier and warmer climate appears to be taking a toll.

“We’re seeing some trees dying in the very driest end of the habitat, and growth is slowing, both in height and annual radial growth,” Dawson said.

It’s not just coastal fog that’s in decline, as one Davis resident tells it.

“It used to be that every December and January there was so much fog you could hardly drive in it, and it hasn’t been that way for the last 10 years,” said Richard Snyder, retired UC Davis professor of biometeorology.

In much of California, the 1,100-mile coast is a moderating influence on our weather. And the Pacific, like all the oceans of the world, is warming.

“But there are certain bull’s-eyes of warming, where the water is warming faster. And one of those is off the coast of Baja California,” said Scripps Oceanography researcher Sasha Gershunov. “This impacts our terrestrial heat waves, making them more humid.”

As ocean temperatures warm, Gershunov said, clouds dissipate, allowing solar radiation to warm the ocean and dissipate cloud cover even more. In extreme heat waves, air is often pulled up and into Southern California from that region, said Gershunov, one of the researchers in a study that found a connection between warmer, more humid air and cases of West Nile virus.

One feature of climate change is aberrant patterns. Scripps researcher Natalya Gallo is part of a team studying changes in the California Current over the last 71 years, and while there’s been a general warming along with the arrival of fish from more southerly climates, occasional temperature fluctuations have surprised scientists.

“In the last month or two, temperature variability … is unprecedented, with really warm periods and then there’s a strong upwelling event. The water is 70 degrees and then all of a sudden it’s in the 50s,” said Gallo, adding that such changes stress habitats and lead to migration of fish, including anchovies and sardines.

“Prior to the last big El Niño, it was unheard of for white shark nurseries to be north of Point Conception, and now a new nursery has formed off Santa Cruz,” Lowe said.

Until they grow older and move offshore, young great whites prefer a temperature niche between 60 and 82 degrees, Lowe said, and the warming of Monterey Bay has made those waters more hospitable. Spiny lobster and garibaldi, more common off Southern California, have also taken up residence in Monterey Bay in greater numbers, said Van Houtan, the aquarium researcher.

“The spiny lobster is a Long Beach animal, not a Monterey animal,” he said. 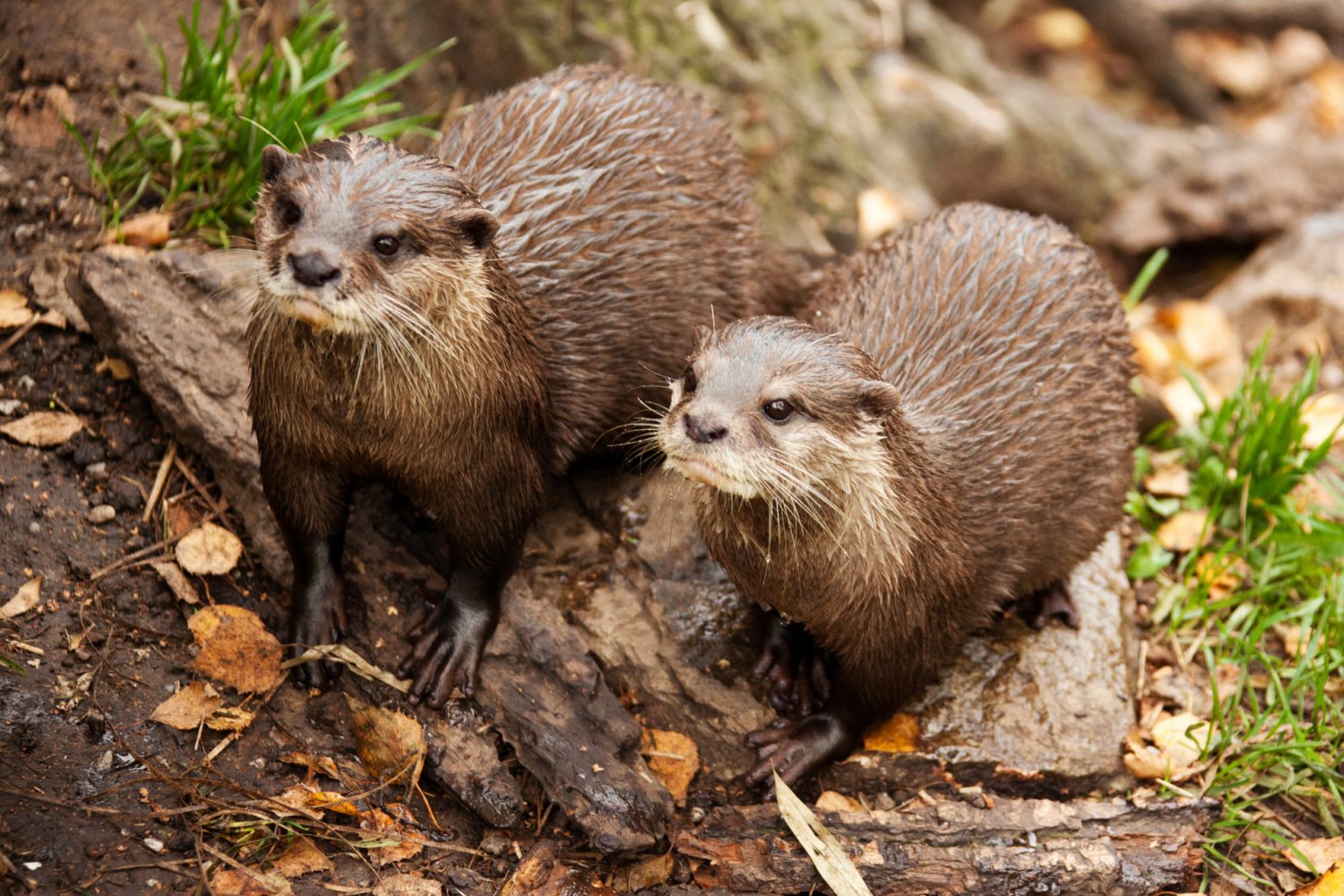 Van Houtan said a sea otter population that extends from Santa Barbara to Santa Cruz has been under attack, with shark bites as the leading cause of death over the last 10 years. It appears the sharks mistake the fur of otters for the blubber of elephant seals.

“So everyone comes away disappointed from that interaction, especially the otters,” said Van Houtan.

These attacks are more common in areas of dramatic kelp decline. Ocean warming is suspected as a cause of that decline, as well as the decline of starfish. And Van Houtan neatly explained the interconnections.

“Because starfish eat sea urchins, this sort of took the lid off of what was regulating urchins, and one of sea urchins’ fave meals is kelp,” Van Houtan said. “So due to warming, sea star disease, and the rise of urchins, this spells bad news for kelp. This is also bad news for otters as kelp provides a sheltering refuge, a habitat cover that otters can find safe harbor from sharks.”

All life forms, all natural forces, are connected.

The sea, the land, the atmosphere — we live on this remarkable floating sphere, and it’s our moral duty to understand and protect it, and to stand for nothing less than a large-scale conversion to clean energy and a radical reduction in our production of greenhouse gas.

Well-meaning individuals and states can’t alone reverse the advance of climate change, nor can any one nation. Which is all the more reason for the U.S. to embrace rather than dismiss science and to lead the global conversation rather than walk away from it.

“Even though we are perhaps the most sophisticated animal on this planet,” Van Houtan said, “we seem to be the last species to find consensus on climate change. White sharks, otters, kelp, lobsters, corals, redwoods, monarch butterflies — they all get it and have for years. It’s time for us to listen to this chorus from nature. We need to act on climate change.”