“….most big fires are driven by drought and wind (climate) not by the amount of fuels or forest conditions.” 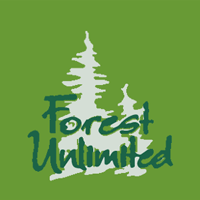 Forest Unlimited Supporters,
We know that on people’s minds that live in Sonoma County, California, and other areas is the wildfire threat and what is best to be done about it. There are two articles: one by Ralph Bloemers, a restoration worker in fire zones; and the Chapparral Institute on Logging can make fires worse.  Also in the article below is information about using sprinklers to protect your home in case of a wildfire.
Larry Hanson, Board Pressident
Forest Unlimited
From Ralph Bloemers (Ralph has had extensive experience in restoration of burned over forests)
Friends – for 20 years I have spent time in burned landscapes, with fire experts, biologists, foresters and ecologists. I have also visited with home safety experts, firefighters and first responders.
Last year I testified numerous times to the Oregon Wildfire Council about the need for Oregonians to harden their homes to fire.
I have also spent the last three years with Trip Jennings and Sara Quinn making films about fire in the West and the solutions. The feature length film is called Elemental and it is almost complete. The message from the experts is clear.
1) most big fires are driven by drought and wind (climate) not by the amount of fuels or forest conditions. While vegetation and topography are important factors, remember grasslands and shrublands burn too. In CA this year nearly 70 percent of landscapes that burned so far were not forestlands.
2) forest management – thinning, logging, clearing is a shot in the dark and often increases fire danger. Around homes it can help to reduce the immediate risk and provide for defensible space, but in the backcountry or further from homes it makes little to no difference in terms of home safety. And the forest grows back. We do not have enough money to tend 350 million acres, and often the tending is logging that takes the most fire resistant material.
3) in extreme fire weather firefighters just try to help people escape. They don’t have enough wet stuff to put on the red stuff. We need to stop believing that firefighting will save us and put out fires. In Detroit-Idanha, the firefighters fled. In Paradise the first responders told us they would have needed every fire truck from ALL of California in town within 1 hour to be able to save SOME of the homes. The fire hit the town in about 2-3 hours after ignition as it moved very rapidly (3x normal rates) through previously logged and salvaged areas.
AND, most important
4) if we want to protect homes and communities from fire, then we have to harden our homes to fire, prevent ember penetration and ignition. And it is relatively easy and not high cost. Cover vents, clean gutters, hardscape perimeter, use non-flammable materials on the exterior…
As to the long held belief, promoted by industry, that it is a problem in our forests, that logging-management-thinning can solve it — well it does not hold up to scrutiny. Let’s take a look at just one example.
The Bear fire in the northern Sierra Nevada blew up.
This area has been heavily logged over the past couple of decades–clearcuts, commercial thinning, “salvage” logging of snags, you name it, mostly on private lands but also quite a bit on National Forests too. The Bear fire just dramatically expanded today when it got to this massive area of heavy logging. The fire is now over 200,000 acres (mostly from last 24 hours), and at least three people have been killed as of now. There will likely be more. This situation is very much like the Camp fire that hit Paradise in terms of the direct threat of recent logging to lives and homes, by contributing, along with the dominant force of extreme weather and climate change, to very rapid rate of fire spread, giving people little time to evacuate.

At this point, anyone–including you and any reporters, agency or university scientists–who is still promoting logging as “fuel reduction”, and saying the problem is in our forests, or a lack of firefighting resources — or denying the fact that weather and climate change are the dominant drivers of fire behavior – or not acknowledging the fact that logging is a substantial additional contributor to increased fire spread and intensity, is really just putting people at greater risk.

ALSO The Chapparral Institute’s article: AGAIN – Past Logging Makes a fire worse
AND  Concerning the past few weeks:
So many families have been devastated by the fires ripping through our communities. Our hearts go out to all of you. It becomes so overwhelming, hope is hard to come by, especially since this kind of heartbreak has been repeated so many times. But there are a thousand remarkable stories of people helping each other, sharing love. That’s one of our strengths, to care for each other in time of need.
Despite the slow progress in developing real solutions to prevent wildfire disasters to our communities, we do see hope.
– Innovative fire chiefs like Chief Brian Fennessy of Orange County Fire are embracing the idea of living with Nature by making our homes fire resistant rather than eliminating the natural environment we love. Please see his letter to Governor Newsom.
– Homeowners are refusing to enable dependency on dysfunctional government agencies and are implementing their own fire safety strategies like exterior sprinklers.
– More people are finally listening to the warnings from the next generation that climate change is not only the driver of extreme wildfires, but is the single greatest threat to our future.
– The idea of holding planning agencies and local politicians accountable for criminal negligence when they approve developments in extremely high fire hazard areas is finally being discussed.