Trump pushes “herd mentality” (immunity). “At a population of 330 million that would mean around 215 million would need to be infected to reach this supposed herd immunity.  She then puts forth a fatality rate of 2.97% and determines that if 215 million are infected, then 6+ million will die.“

GaryAD
Community (This content is not subject to review by Daily Kos staff prior to publication.) 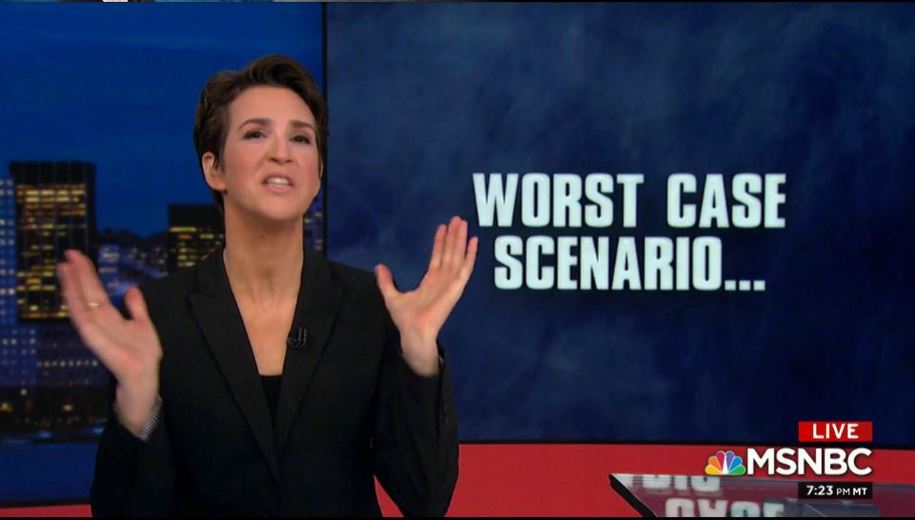 It’s worse than you think, Rachel, my love.

First, let me clarify that I’m not writing this out of some perverse pleasure to pick on Rachel Maddow.  I’m not trying to say, “Oh, you’re wrong on this, so you can’t be trusted on anything else!”  The truth of the matter is that I totally ADORE Rachel Maddow.  At 9pm every evening my eyes are glued to the tube (I guess it’s not a ‘tube’ anymore).  And if I miss her show, I stream the podcast the next day.  The way she breaks down the news to place it in its societal and historical contexts amazes me (as does her humbleness as she would attribute much of what she’s able to do to her staff).  She is, hands down, my FAVORITE newscaster.

But, having said that, I also have to say that last night (September 16) she made a significant mathematical error in her discussion of herd (mentality) immunity.  (And can I just take a moment to reflect on how “herd mentality” perfectly describes the republican party today?  Moooooooo!)

Let’s watch that part of her show here:

OK, so she is saying that to develop herd immunity 65% of the population will need to be infected (and she admits that 65% is being generous to Trump as it should be higher, 70% at least).  At a population of 330 million that would mean around 215 million would need to be infected to reach this supposed herd immunity.  She then puts forth a fatality rate of 2.97% and determines that if 215 million are infected, then 6+ million will die.

The problem I have is with her fatality rate of 2.97%.  She gets that rate by dividing the total number dead by the total number of cases.  But there’s a problem with that.  The total number of cases also includes all the currently active cases (which currently stands at around 2.5 million).  So to include them in that calculation, one would have to make the assumption that none of them will die.  Sadly many of them will die.  As we do not know who will and will not die, we can’t include them in the calculation of the fatality rate.

So in determining the correct fatality rate we cannot look at total number of cases, but must instead look at the total number of cases for which there has already been an outcome (i.e. closed cases that resulted in recovery or death).  For the following demonstration I am using the statistics at Worldometer.com before noon EST on 9/17/20.  The current total of US deaths is 201,489 and the current number of closed cases is 4,322,063.  Divide the former by the latter and you come up with the correct fatality rate which is 4.66%, a significantly higher rate than 2.97%.

The bad news right off the bat is that of the 2,511,683 currently active cases, 117,044 of them will die.  Further, to reach this fictional herd immunity in the US, it’s not 6+ million that will die, it’s 10+ million!  If we extrapolate this to the entire world, then achieving herd immunity would cost 236+ million lives, almost ten times the death toll of the black plague!  And without a vaccine, the coronavirus will just keep coming through again and again.

According to John Hopkins achieving herd immunity requires 70% to 90% immunity depending on how contagious an infection is, and Covid is pretty damn infectious!  So even my figures are on the low side.