Donald Trump reportedly will announce Amy Coney Barrett as his nominee for the Supreme Court of the United States. 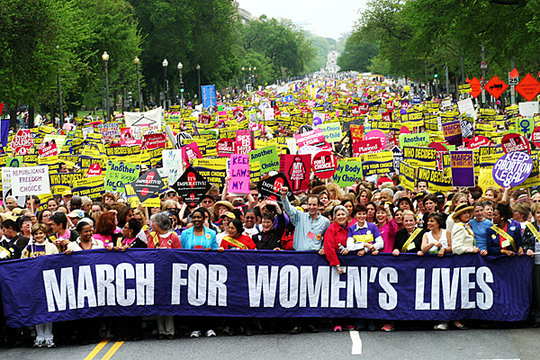 He will be doing this against Ruth Bader Ginsburg’s dying wishes and before she has even been laid to rest, while some states have already started voting, and with just over a month left in this election. This is an obvious attempt by the Republican Party and Trump to control all levers of power in this country and hold leverage over the election’s results. We cannot let this happen.

Will you join us in this fight against a Supreme Court nomination before the inauguration of the next president by signing this petition?

The petition already has over 1 million signatures, and it is a key part in making sure every senator knows where their constituents stand—so Democrats put up as fierce a fight as this moment demands and Republicans think twice before ramming through an illegitimate justice.

We need as many signatures as possible as hearings and proceedings begin for this sham of a nomination. Please join us. We need you with us and will continue to update you on actions you can take to win this fight.

Thanks for all you do.

–Rahna, Justin, Chris, Isbah, and the rest of the team

Justice Ruth Bader Ginsburg was a champion for gender equality, among other issues rooted in fairness and justice for all. She spent her life protecting women’s rights and advancing justice for those disenfranchised by the political establishment. Her legacy as only the second woman to be appointed to the Supreme Court will live on forever, as will her steadfast leadership, brilliance, and revolutionary spirit. We honor her, and we will make sure that her spirit lives on as we prepare ourselves for the fight and election of our lifetimes.

In fact, it was Justice Ginsburg’s dying wish that her Supreme Court seat not be filled until a new president was installed. We intend to ensure that her wish is fulfilled.

So, with the election here and voting already underway in many states, it’s important that we demand all senators pledge not to move forward with any nominee until after the next inauguration in 2021.

Will you sign this petition demanding that the U.S. Senate absolutely refuse to vote on a replacement for Justice Ruth Bader Ginsburg until after the new Senate and president have taken office?

Sign this petition demanding that the U.S. Senate refuse to fill Ruth Bader Ginsburg’s Supreme Court seat until after the 2021 inauguration.

Every senator from across the political spectrum must acknowledge the danger posed by rushing to fill Ruth Bader Ginsburg’s seat so close to an election. We all remember Mitch McConnell’s blockade of President Obama’s nomination of Merrick Garland 237 days before the 2016 election. The 2020 election has already started—with voting already underway in many states—and it would be a truly inexcusable act of hypocrisy and injustice for Trump and Senate Republicans to move any nomination forward.

Donald Trump—who lost the popular vote by millions—must not be allowed to further demolish the American judiciary. So many political and systemic norms have been destroyed by this administration, and we cannot let Trump continue to destroy our democracy.

Many Republican senators have already committed publicly that they would not move a nomination forward in the event of a vacancy at this late date.

We must honor Ruth Bader Ginsburg’s legacy and hold every politician accountable to the most basic standards of fairness by demanding they not move any new nomination forward for a lifetime appointment to the highest court in the nation until every vote is counted and the inauguration is complete.

Click here to add your name to this petition, and then pass it along to your friends.

Thanks for all you do.

–Rahna, Justin, Allison, Chris, and the rest of the team

You’re receiving this petition because we thought it might interest you. It was created on MoveOn.org, where anyone can start their own online petitions. You can start your own petition here.

Want to support MoveOn’s work? The MoveOn community will work every moment, day by day and year by year, to resist Trump’s agenda, contain the damage, defeat hate with love, and begin the process of swinging the nation’s pendulum back toward sanity, decency, and the kind of future that we must never give up on. And to do it we need your ongoing support, now more than ever. Will you stand with us?