Environmental fines are written off as just the cost of doing business…..We are still waiting for the Reimers decision from the DA…….over a year and nothing. 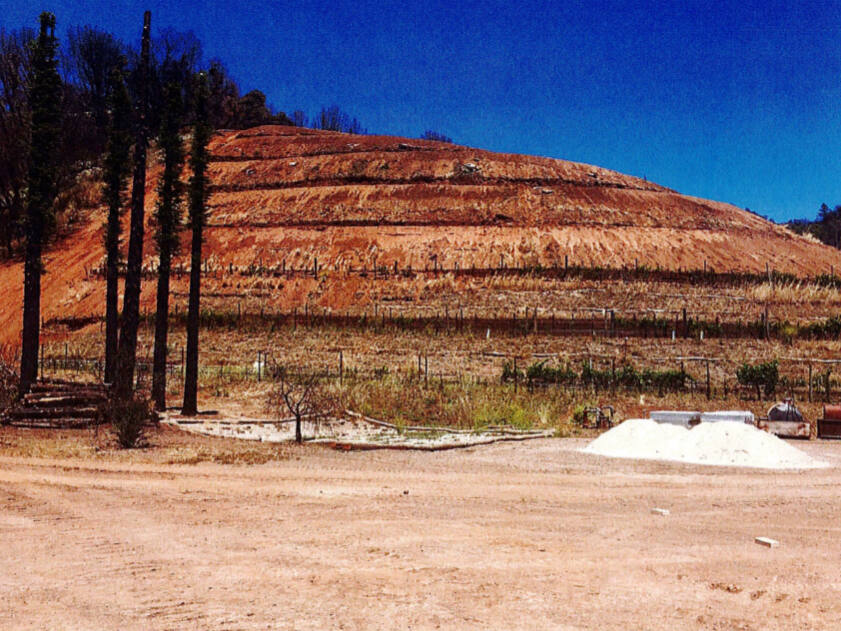 In this June 9, 2020, photo, included in a notice of violation issued by Sonoma County Department of Agriculture/Weights and Measures, hillside terracing work at Skipstone Ranch Winery in the Alexander Valley can be seen. The winery faces a historic fine for the work, which county regulators say was unpermitted. (Department of Agriculture/Weights and Measures)
TYLER SILVY
THE PRESS DEMOCRAT

A Geyserville winery and its billionaire owner face a record fine from Sonoma County agriculture officials who contend the Alexander Valley company destroyed nearly an acre of land this summer through hillside grading and conducted other unpermitted work.

The $172,282 fine issued July 10 to Skipstone Ranch owner and technology entrepreneur Fahri Diner is the largest ever levied by the Sonoma County Department of Agriculture/Weights and Measures. It’s more than triple the previous high penalty, a $50,000 penalty in November 2019 related to disruption of wetlands.

Skipstone Ranch is appealing the three violations related to the fine; there are tentative plans for a late October county administrative hearing.

In a report detailing findings of their investigation and notification of the violations, county agriculture officials documented an industrial grading operation on a steep hillside along the northwestern edge of the Skipstone Ranch property off of Geysers Road. This resulted in nearly identical terracing to the adjacent hillside grapevines on the 200-acre estate vineyard property. Ag officials also accused the property owner of disallowed grape plantings elsewhere on the property.

A spokeswoman for Skipstone Ranch acknowledged the work was similar to adjacent terracing for grapevines, but she said the construction was tied strictly to repairs related to the October 2019 Kincade fire that burned 77,000 acres in Sonoma County. She said the winery had no intention of planting additional grapevines.

But ag officials, wine industry insiders and Sonoma County Supervisor James Gore, whose north county district includes the Alexander Valley region, suggested the company, which has been in business for more than 10 years, should have known better.

“It makes you wonder what the landowner was doing, in his decisions, and what his management team was doing,” Gore said. “Anybody who is in the wine business knows it ain’t 1970 no more; you don’t get to terraform.”

A key justification for the size of the fine was the county’s determination that Skipstone officials knew the work they undertook ran afoul of county environmental regulations, according to the notice of violations obtained by The Press Democrat.

“The actions, whether intentional or not, have egregious impacts on the watershed, and multiple people in the community were asking me what the heck is going on, and why they were allowed to do that,” Gore said.

These are the first violations alleged against Skipstone Ranch winery, agriculture officials said, but they offered no leniency due to the “severity” of them and the “safety hazard created by the unpermitted work.”

In a prepared statement, Susan Barnes, a communications consultant retained by Skipstone, expressed disappointment in county Agriculture Commissioner Andrew Smith for his decision to reject “our efforts to resolve the matter quickly, amicably and without the need for a hearing.”

Tina Wallis, a land use attorney representing Skipstone Ranch, confirmed the company had offered the county a settlement, but she would not reveal the amount of money.

“In the wake of the Kincade fire, emergency work was needed to address serious fire damage to the property — especially on a small section of a steep hillside,” according to the statement provided by Barnes, of Barnes & Co. “In the face of the fire’s devastation, safety for our people and our property was our only concern.”

“In my conversations with their staff, they do not recommend slope terracing for stabilization after dead trees are cleared, and they do not cut terraces into a slope in order to access the trees,” Casarez said via email.

The Kincade fire did sweep across ridges along the east side of the Alexander Valley, destroying property at numerous vineyards, including Garden Creek Vineyards, Robert Young Estate Winery and the Soda Rock Winery. None of those wineries have been hit with fines during the rebuilding process.

Skipstone Ranch winery produces about 15,000 cases of wine a year. The winery offers biannual releases to “collector members” of its wine club and sells its vintages through select stores nationwide for about $70 a bottle.

Diner, the owner, is a tech entrepreneur and billionaire who founded a light-based communications platform he eventually sold to Nortel Networks for $3.25 billion. On the website of his current employer, Sigma Partners, where Diner is a managing partner, his biographical note calls out Fahri’s Sonoma County business dealings, including Skipstone Ranch, “a sustainable wine and olive oil estate in California’s Sonoma County.”

Diner did not make himself available for an interview for this story. He is featured prominently on the Skipstone Ranch website, including in a display quote on the website’s homepage that lays out the company ethos, including “we pledge that nothing will stand above our devoted partnership with the land.”

In calculating the stiff penalty, county agriculture officials determined the violations could potentially cause environmental damage. They further agreed that Diner stood to gain from the unsanctioned work, and that the business knew the work was improper.

The ag department is demanding the winery pay the fine, get permits for unpermitted grape plantings and reconstruct the damaged hillside. Officials were clear in the notice of violations, stating in bold letters, that “no vineyard development will be allowed at the newly graded terraced area.”

“We take it very seriously that most wine grape growers work hard and spend a lot of money in engineering and geologic studies in order to do vineyard development with the appropriate level of scientific planning, design, review and permitting,” Casarez said. “So when it appears that someone avoids the scientific and legal process to develop a vineyard, we have to take a hard look at it and respond appropriately.”

You can reach Staff Writer Tyler Silvy at 707-526-8667 or tyler.silvy@pressdemocrat.com. 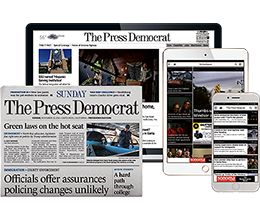 It’s hard to come to you and ask for help, but like so many other businesses, we have faced serious financial losses due to a drastic reduction in ad revenue. We are making many sacrifices to keep our readers informed because we believe it is our duty to serve our community through yet another difficult situation. No matter what.

To help keep our staff working and our operations running, we ask that you consider the value of trusted, local journalism to keep you informed and up-to-date. If you’re not a subscriber, consider a digital subscription.

If that’s out of reach, please consider a small donation to offset our costs.