TOMBOL: “The people pressing for herd immunity are never part of the herd. Ever.” 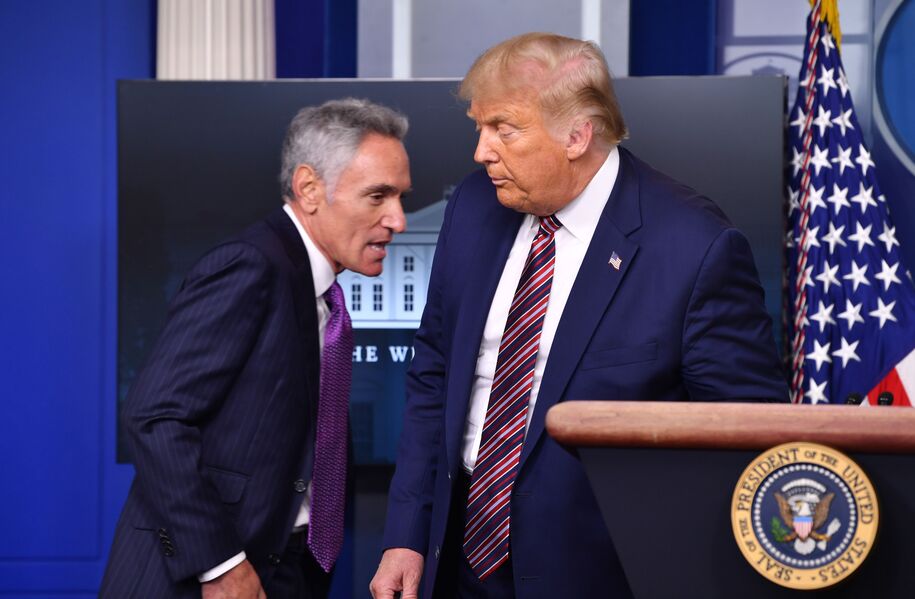 The Corona Virus has made a permanent change for the United States. 2020 will never be repeated, and young students can never replay their grade schools, middle school, or high school years. Graduations were lost. Businesses and communities suffered. President Trump has a new plan, and a new, FoxNews approved advisor, Scott Atlas. His plan is called herd immunity. What kind of cost would this plan have for the United States? Oh, somewhere around 2 Million dead.

Atlas, a radiologist is not in any way an immunologist. He is not someone who is specifically trained in the management of transmittable diseases or the treatment of diseases. Forbes pointed out that the strategy in Sweden isn’t exactly a success:

Most experts estimate between 40% to 80% of the population would need to be infected. However, as James Hamblin reports in The Atlantic, “the effects of the coronavirus are not linear. The virus affects individuals and populations in very different ways.”

“People are exposed to different amounts of the virus, in different contexts, via different routes. A virus that is new to the species creates more variety in immune responses,” he wrote.

Sweden, which has roughly the same population as the State of Michigan, tried to achieve a goal that they had to acknowledge was difficult, and had loss. Now, Trump seeks to hit this number nationally, and damned be the fact that American lives will be sacrificed and American families will pay the financial price.

Still, worrying about financial cost to the middle and lower class, and working women with children isn’t a big priority for the Trump administration or the new advisors, who lobbied against ACA and women’s rights in Forbes.

Well, I guess his next job is to ask everyone to go out and get infected.

Sweden’s COVID death toll is unnerving due to herd …

https://www.usatoday.com/story/opinion/2020/07/21/coronavirus-swedish-herd-immunity-drove-up-death-toll-column/5472100002/
Jul 21, 2020The proportion of Swedes carrying antibodies is estimated to be less than 10%, thus nowhere near herd immunity. Yet, the Swedish death rate is unnerving.

https://reason.com/2020/08/14/did-sweden-accidentally-blunder-into-covid-19-herd-immunity/
Herd immunity is 60-70% at least: Sweden had 70-90% more deaths than it neighbors and since they reopened safely early due to early lockdowns, they fare no worse that Sweden economically and now …

Back at the beginning of March, Mark Summer published this table of simple math, showing the impact of a range of case fatality rates against % of the population exposed  for the US population of 330M.   Anywhere towards the middle of this chart was gonna be in the range of 1 to 3 million.

A CFR of 1% doesn’t sound that scary until you apply it to 75% spread.  So my money is on OVER 2 million.  But we’ll have to use excess deaths from all causes as the metric, because the actual virus toll will be suppressed.