UN report: Countries have failed to meet a single target to protect wildlife in the last decade

The United Nations said the international community is not doing enough to adequately protect biodiversity and wildlife after determining that countries have not achieved any of the goals in a list of targets laid out 10 years ago.

The Global Biodiversity Outlook 5, which was published Tuesday before a UN summit on the issue later this month, said the world has failed to meet any of the 20 objectives that the world agreed to at a 2010 summit in Japan that was intended to compile ways to slow the decay of wildlife and life-sustaining ecosystems.

Among the goals were eliminating, phasing out or reforming “incentives, including subsidies, harmful to biodiversity,” halve “the rate of loss of all natural habitats, including forests” by 2020 and reduce pollution “to levels that are not detrimental to ecosystem function and biodiversity.” 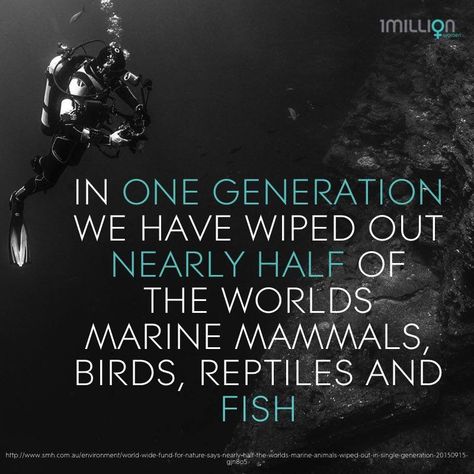 “Biodiversity is declining at an unprecedented rate, and the pressures driving this decline are intensifying. None of the Aichi Biodiversity Targets will be fully met, in turn threatening the achievement of the Sustainable Development Goals and undermining efforts to address climate change,” Tuesday’s report read.

The report specifically found that natural habitats are still disappearing, several species are still threatened with extinction and hundreds of billions of dollars in environmentally damaging government subsidies have yet to be eliminated, among other things.

The world did not meet the goals of protecting 17 percent of terrestrial and inland water areas and 10 percent of marine habitats, but some progress has been made on targets regarding protecting other ecosystems, including having 44 percent of vital biodiverse areas falling under protection a boost from 29 percent in 2000.

Overall, of the 60 separate elements divided up from the 20 targets, seven have been achieved, 38 have shown progress and 13 have shown no improvement. Two other elements could not be gauged. Halving the loss of natural habitats, one of the chief targets, has not been met.

“[R]eports provided by the world’s governments, as well as other sources of evidence, reveal examples of progress which, if scaled up, could support the transformative changes necessary to achieve the 2050 vision of living in harmony with nature,” the report read.

The report said achieving the goals that were set out by 2050 remains possible but would require more serious action from countries across the globe, including ramping up “efforts to conserve and restore biodiversity,” implementing reforms “in the production of goods and services, especially food” and keep climate change to around 1.5 degrees celsius above pre-industrial levels “to prevent climate impacts from overwhelming all other actions in support of biodiversity.”

“Options are available to the global community that could simultaneously halt and ultimately reverse biodiversity loss, limit climate change and improve the capacity to adapt to it and meet other goals such as improved food security,” the report said.