US Federal law code below (18 US Code s/s 594). This is highly illegal in every state, know your rights!

“VA Law states: C. It is unlawful for any authorized representative permitted in the polling place pursuant to § 24.2-604.4, any voter, or any other person in the room to (i) hinder or delay a qualified voter; (ii) give, tender, or exhibit any ballot, ticket, or other campaign material to any person; (iii) solicit or in any manner attempt to influence any person in casting his vote; (iv) hinder or delay any officer of election; (v) be in a position to see the marked ballot of any other voter; or (vi) otherwise impede the orderly conduct of the election.”

On Saturday, lines to vote early in Fairfax County, Virginia — an affluent, left-trending area including the suburbs of Washington, D.C. — reached enormous lengths, with many voters telling reporters that they were spurred to vote by the passing of Supreme Court Justice Ruth Bader Ginsburg.

But Trump supporters showed up at the early voting site to protest, as well. 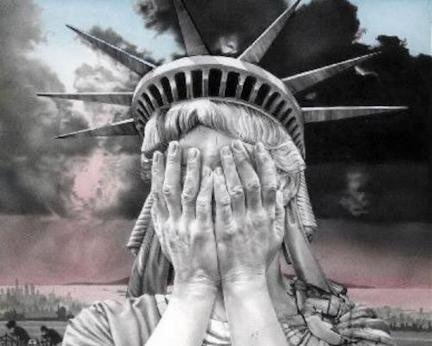 None of the Trump supporters visible in the footage appeared to be wearing masks.

Anthony Tilghman
@AnthonyTilghman
Trump Supporters came over to the early voting site to protest while people are in line to Vote in FairFax Virginia. https://twitter.com/i/status/1307355994817736705#EarlyVoting
18 US Code s/s 594

Whoever intimidates, threatens, coerces, or attempts to intimidate,
threaten, or coerce, any other person for the purpose of interfering
with the right of such other person to vote or to vote as he may choose, or of causing such other person to vote for, or not to vote for, any candidate for the office of President, Vice President, Presidential elector, Member of the Senate, Member of the House of Representatives, Delegate from the District of Columbia, or Resident Commissioner, at any election held solely or in part for the purpose of electing such candidate, shall be fined under this title or imprisoned not more than one year, or both.