Deregulatory rush before election “…..there are no long-term risk assessments of the impact of these GE trees on forests, wildlife, pollinators or soils and it is not possible to conduct such assessments on a tree known historically to live hundreds of years.” 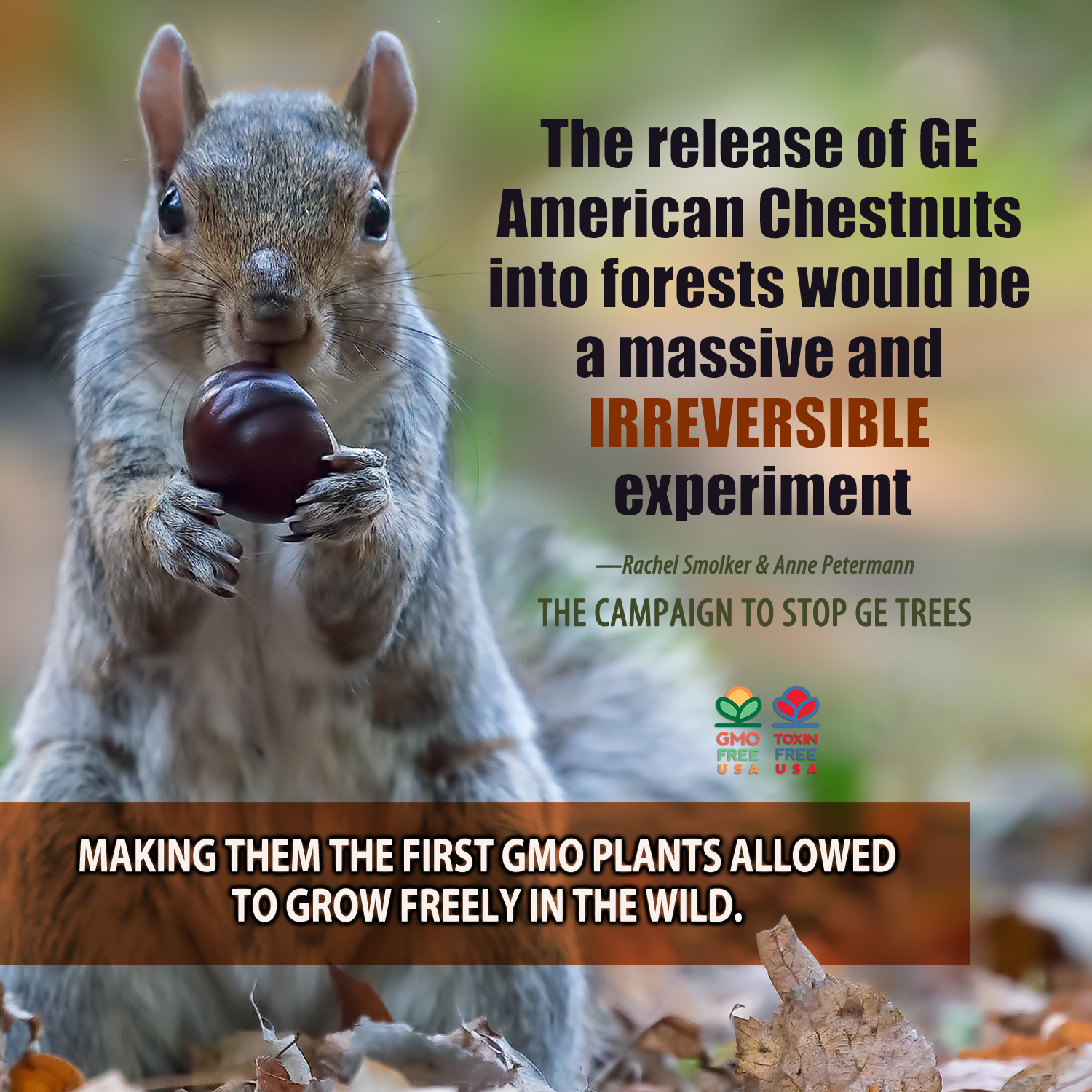