“Some regions in the Salinas basin were lifting at about 1.5 centimeters per year, a little over half an inch. This uplift was a first indication that fluid pressures are out of balance in parts of the San Ardo oil field.”

The way companies drill for oil and gas and dispose of wastewater can trigger earthquakes, at times in unexpected places.

In West Texas, earthquake rates are now 30 times higher than they were in 2013. Studies have also linked earthquakes to oil field operations in Oklahoma, Kansas, Colorado and Ohio. 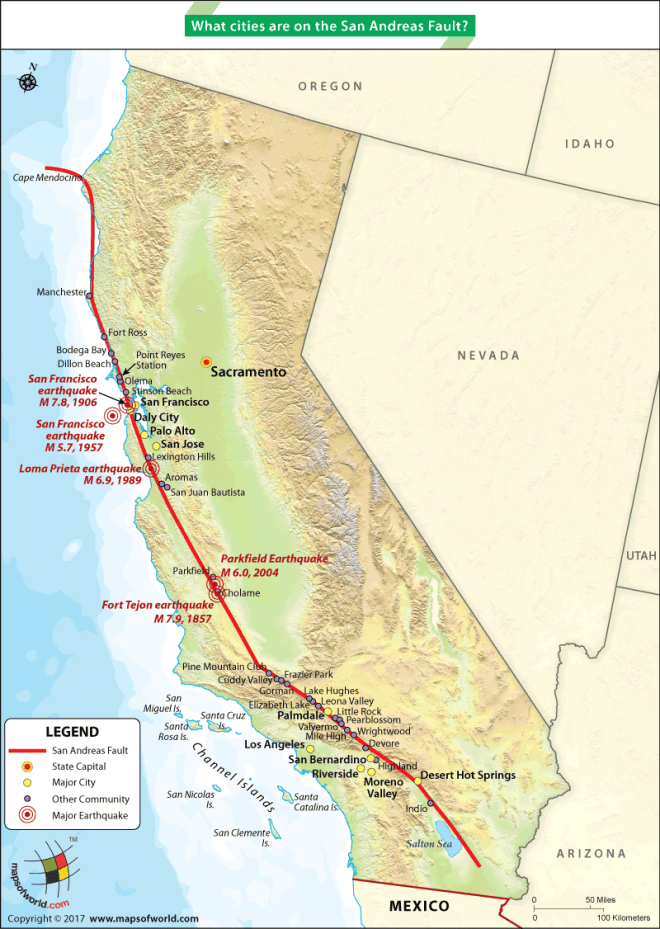 California was thought to be an exception, a place where oil field operations and tectonic faults apparently coexisted without much problem. Now, new research shows that the state’s natural earthquake activity may be hiding industry-induced quakes.

As a seismologist, I have been investigating induced earthquakes in the U.S., Europe and Australia. Our latest study, released on Nov. 11, shows how California oil field operations are putting stress on tectonic faults in an area just a few miles from the San Andreas Fault.

Industry-induced earthquakes have been an increasing concern in the central and eastern United States for more than a decade.

Most of these earthquakes are too small to be felt, but not all of them. In 2016, a magnitude 5.8 earthquake damaged buildings in Pawnee, Oklahoma, and led state and federal regulators to shut down 32 wastewater disposal wells near a newly discovered fault. Large earthquakes are rare far from tectonic plate boundaries, and Oklahoma experiencing three magnitude 5 or greater earthquakes in one year, as happened in 2016, was unheard of.

Oklahoma’s earthquake frequency fell with lower oil prices and regulators’ decision to require companies to decrease their well injection volume, but there are still more earthquakes there today than in 2010.

A familiar pattern has been emerging in West Texas in the past few years: drastically increasing earthquake rates well beyond the natural rate. A magnitude 5 earthquake shook West Texas in March.