“Health care workers, cleaning professionals, childcare workers and store clerks … They have proved their commitment to the nation. It is now up to the Republic to take a step toward them.

The beneficiaries include not just health care workers but also garbage collectors, housekeepers and cashiers.”

Tevye
Community (This content is not subject to review by Daily Kos staff prior to publication.) 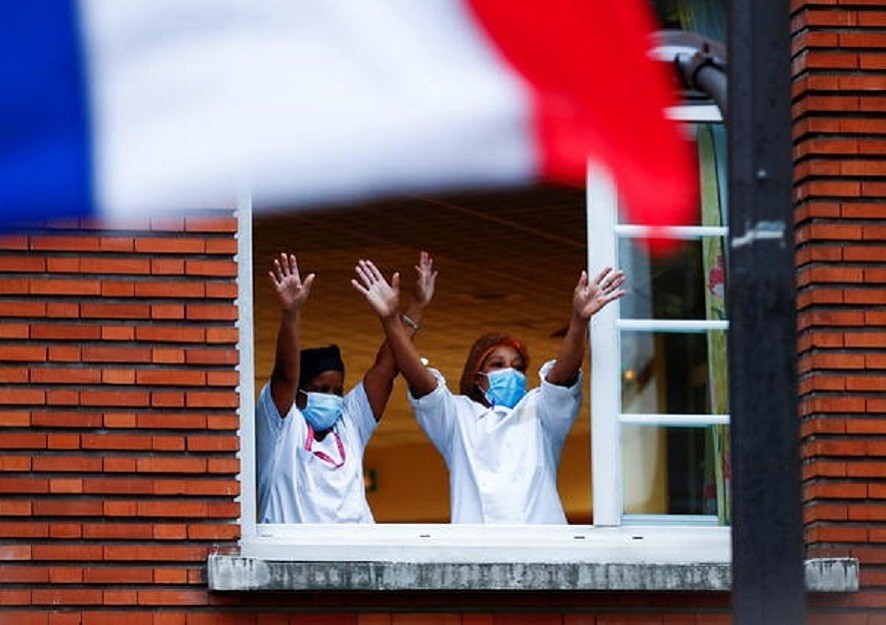 They were there for France….France is now there for them.

Most if not all of our European allies have checkered pasts when it comes to legal immigration and whom would be allowed to become a naturalized citizen.

And of course, what government coalition the country has at the time.

At this place and at this time……with a global pandemic ravaging the populace wherever it appears….France has seen clearly who the heroes are that are putting themselves in harms way and serving our vast community, whilst most are locked down.

And that includes, as it always has, immigrants from all over the globe.

These selfless acts of valor against Covid 19 have not gone unnoticed.

And it’s more tangible than just a ‘thank you.’

On Tuesday, in a statement released from Junior Minister for Citizenship, Marlene Schiappa —

In contrast to France’s ever increasingly stringent immigration rules, near 800 immigrants exposed to possible coronavirus infection have been given a fast track, and the process will take just a few weeks, instead of the mandatory minimum of five years of French residency before being considered.

“They actively participated in the national effort, with dedication and courage.”

The first coronavirus wave in France came close to breaking the country’s health care system — and frontline workers were at greater risks than most. So Ms Schiappa asked regional officials to accelerate the citizenship applications of foreign workers who were among them.

Of the close to 800, to date and many more on the way, 75 have already obtained citizenship and close to 700 more are in the final stage of the process.

There are several different ways to gain citizenship in France: through marriage; by being born in France or to a French parent; and through naturalization. In this last case, the applicant must have lived in the country for at least five years — or two years for immigrants with a degree obtained in France — have stable resources and be considered integrated into French society.

In September, Ms. Schiappa also ordered officials to reduce the residency period in France required to obtain citizenship by naturalization to two years from the usual five in the case of “great services rendered.”

Didier Leschi, the director of the French Office of Immigration and Integration, said the fast-tracking measure was part of “a long tradition that can be traced back to the French Revolution, which is to grant citizenship to the benefactors of the country.” But Mr. Leschi added that it partly broke with this tradition, which generally applied only to individual and exceptional cases. “Here, a collective effort was rewarded,” he said.

Also being given the fast track are those immigrants that went over and beyond throughout the year to aid and comfort those in need.

Included with these are Dombaev Dzhambulat, originally from the Russian Republic of Chechnya, who scaled a building to rescue an elderly man whose apartment was on fire.

From my DK diary in May, on Dombaev and many other immigrants, acting so selflessly in a frightful time. www.dailykos.com/…

Not only has France made him a citizen…he is now employed as a firefighter.

But one not need to scale a building.

Being there to watch over the children, to check you out at the grocery store, to clean the streets, pick up the household refuse and of course tend your wounds.

They’re getting what they gave.

Love and acceptance and appreciation and gratitude.

This is how it’s done, am I right?

May Joe see this, embrace this and follow suit, when he soon will have the power and ability to do so.

I know… we all do… a lot of brothers and sisters from Mexico, Central and South America, the Philippines….and beyond….that are there on the front lines and deserve no less.

This content was created by a Daily Kos Community member.