“Officials in Sonoma County, which has ranked worst in the Bay Area for the prevalence of coronavirus cases for most of the year, have taken no enforcement action on complaints that at least 15 large wedding gatherings violated coronavirus restrictions……..“Workers being forced to be in dangerous workplace situations has been the story of the county since the shutdown began.”

As coronavirus raged, Sonoma County did little to enforce rules on weddings with as many as 100 people

Officials in Sonoma County, which has ranked worst in the Bay Area for the prevalence of coronavirus cases for most of the year, have taken no enforcement action on complaints that at least 15 large wedding gatherings violated coronavirus restrictions.

About two dozen such weddings have been reported to the county, officials said in response to inquiries by The Chronicle, including one with as many as 100 attendees. Enforcement decisions in some cases fell to other jurisdictions.

But the county issued no citations or fines to any of the unlawful gatherings under its authority, according to the permit department charged with enforcement, explaining they were “one-time events” that would be difficult to act on after the fact. Not included among those complaints, The Chronicle has learned, were at least four other summer weddings hosted and catered by one of Sonoma’s biggest hospitality companies, Sonoma’s Best Hospitality Group. Attendance at those events apparently ranged from 22 to 46 guests, according to internal documents, social media posts and interviews with former employees.

After being presented with documentation of those four gatherings in November, a spokesperson with the permit department told The Chronicle that officials would not be investigating them. But last week, another county spokesperson said they may reconsider, though their enforcement resources are limited.

“If we know of a specific business that’s hosting weddings and catering them in defiance of the health order, we would be interested in investigating,” said Paul Gullixson, communications manager for the county.

The county has had more than 18,700 coronavirus cases and at least 182 deaths as of Sunday.

Weddings are a crucial part of Sonoma County’s $2 billion tourism industry and for Sonoma’s Best Hospitality Group owners Ken and Stacy Mattson, who own many area businesses that are popular with tourists and bridal parties. Since June, weddings with more than 12 people have been banned in the county because they can bring dozens of people from outside the area for a weekend of potential exposure to the community. Wedding ceremonies must be held outdoors, and wedding receptions are not allowed anywhere in California.

Sonoma is not alone in its lack of enforcement. San Francisco and Oakland have both been hesitant to issue fines even after churches and event spaces repeatedly hosted large indoor gatherings. A spokesperson for Sonoma County said authorities have not found local weddings to be superspreader events. But health experts say that when such rules aren’t followed, the employees working the events, and those in other parts of the hospitality industry such as hotel staff, often bear the brunt of risk.

“This pandemic, just as the wildfire evacuations and recovery, has made clear just how deeply wealth disparities are tied to health disparities here in our county,” said Jennifer Nicole Herman, a Guerneville nurse practitioner who is part of a local advocacy group called Health Professionals for Equality and Community Empowerment, “This is the story of a Wine Country wedding industry disregarding the safety and survival of the workers that enable it to thrive.”

Former employees of Sonoma’s Best Hospitality Group told The Chronicle they felt unsafe having to work at weddings that didn’t follow COVID-19 safety rules, yet they didn’t feel they could complain because jobs in the food service industry are so scarce.

“It was definitely scary. We didn’t have any real end of the tunnel for COVID. We still kinda don’t,” said Danny Girolomo, who worked as the main chef at three of the weddings that Sonoma’s Best Hospitality Group hosted and catered this summer. “It was very, very frustrating knowing the severity of COVID and the long-term effects we don’t know yet.” 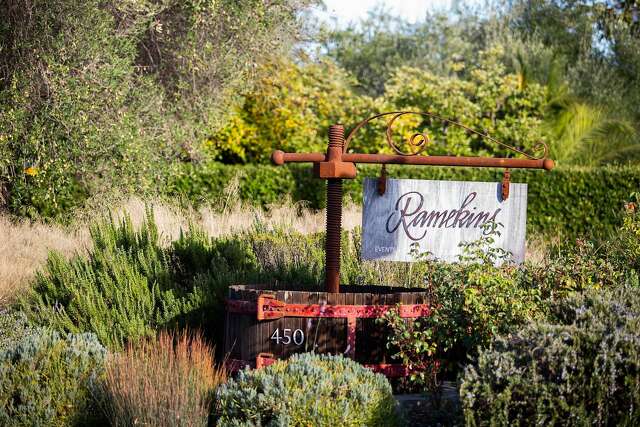 Ramekins, an event and catering business owned by Sonoma’s Best Hospitality Group, was used as a wedding location. The county has a ban on wedding gatherings of more than 12 people during the pandemic.

Sonoma’s Best Hospitality Group catered and hosted the weddings at two of the 10 businesses it owns in the town of Sonoma: Ramekins, an inn, culinary school and catering company, and Cornerstone Gardens, an event space. Documents for the events show plans for a wedding in July that would host 46 people; in August, two weddings were planned for 35 guests each. Staffers who spoke with The Chronicle confirmed that there were more than 12 people at the events. There were also documents showing plans for another wedding in September for 22 people.

Sonoma’s Best Hospitality Group’s owners did not respond to The Chronicle’s request for comment about specific allegations. When asked whether the company had held wedding ceremonies that were larger than what was allowed by the county, a spokesperson denied that the company violated COVID restrictions.

“Sonoma’s Best Hospitality Group have held ceremonies (no receptions) outside, with a two hour max — fully compliant with social distancing measures under current and legal COVID guidelines including that all guests and staff have gotten their temperatures checked (of which SBHG keeps a log). There have been no complaints lodged internally by employees.”

“It’s been the one bright spot throughout COVID to be able to facilitate a few small ceremonies as a consolation for the dozens of distraught couples who were forced to change their plans in light of the virus,” the statement continued.

Yet documents describing the Sonoma’s Best Hospitality Group weddings, including banquet orders given to staff by management and accounts from staffers who spoke to The Chronicle, suggest that they were larger than allowed, that food and drinks were served and that guests were given the option of not wearing masks, though employees were required to. A video from an Aug. 8 wedding posted on Instagram also shows a mostly unmasked gathering, with guests drinking sparkling wine in a circle around the dancing bridal couple, the five bridesmaids and five groomsmen huddling together with the wedding couple for photos, and the couple kissing in front of the Ramekins sign. In one shot, at least 23 guests are visible.

The wedding couples could not be reached for comment. 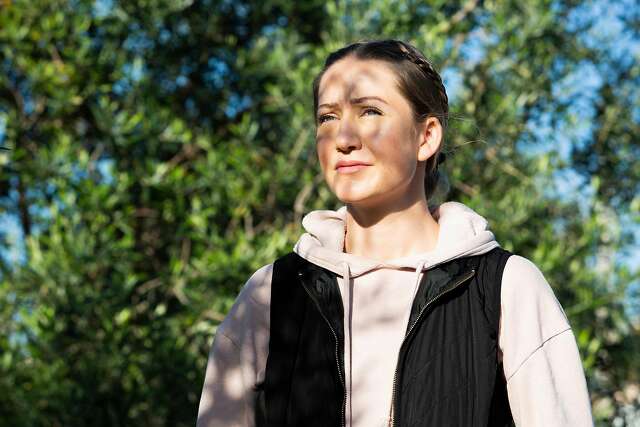 Girolomo, former pastry chef Hannah Hedley, and another former employee who spoke on condition of anonymity said they voiced concerns to the company about unsafe work conditions during the pandemic. Yet it was difficult to leave because of limited job opportunities elsewhere in food service, they said.

“I always felt like money was more important than safety and rules,” said Hedley, 33, pastry chef at Ramekins from June 2018 until her resignation in August 2020. Her daughter has asthma, which made working there more stressful for her, she said. “It always felt to me like the concerns of the staff fell on deaf ears.”

Sonoma County has not received complaints about events held at Cornerstone or Ramekins, said Daniel Virkstis, public information officer for the county. But the complaints about weddings or wedding receptions that the county has received from the public via a hotline it set up in August also involved more than 12 people and as many as 100, he said.

“All gatherings of more than 12 people from more than three households are still considered to present serious implications for public health as it relates to the spread of the virus,” he said in an email. “We have confirmed through contact tracing that large gatherings are contributing to our case numbers.”

Virkstis said the county’s permit office has investigated all of the complaints about large weddings but has not issued fines because they were one-time events.

“Our practice has been to contact the event operators to educate them about requirements for weddings in accordance with state guidelines,” he said. “Repeat offenses would result in a citation.” 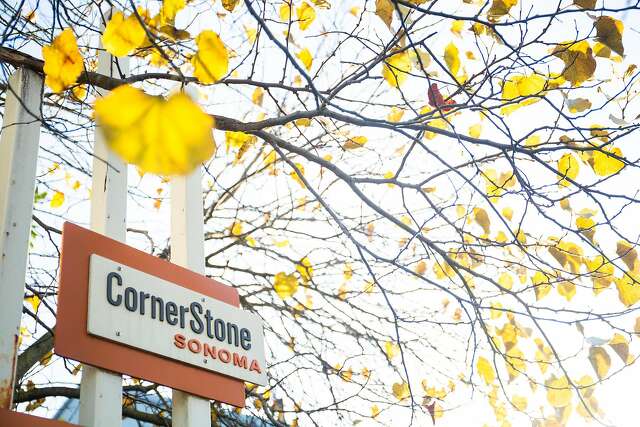 Cornerstone Gardens is a popular wedding venue at Cornerstone Sonoma, which is owned and operated by Sonoma’s Best Hospitality Group.

Other Bay Area counties have been similarly hesitant to issue citations. San Francisco officials reprimanded the Archdiocese of San Francisco for violating coronavirus health orders three times for having a wedding and services take place inside Saints Peter and Paul Church, but did not issue fines. In Oakland, the manager of an event space openly held large public events indoors for months, until an Alameda County judge issued a restraining order last month.

The only time Sonoma County has issued a fine for illegal large gatherings during the pandemic was for a running race in Healdsburg on Halloween, including a half marathon, that involved about 100 participants. The organizer, Matt Dockstader, who had been warned in advance not to hold the event, was fined $6,140. Dockstader said it was not a race but a socially distanced “virtual run.”

Besides that, Virkstis said, “To date, we have not verified other large events that would justify a citation.”

Worker rights advocates say that the county hasn’t done enough to enforce rules — thus prioritizing the hospitality industry over the safety of essential workers during the pandemic, when demand for weddings in Wine Country remained high.

“I wish I could say that these large events taking place with the county’s knowledge were a surprise to me, but they aren’t,” said Mara Ventura, executive director of North Bay Jobs with Justice. “Workers being forced to be in dangerous workplace situations has been the story of the county since the shutdown began.”

But county communications manager Gullixson said the public has a crucial role to play in fighting the pandemic by following the rules.