Lying and incompetent to the end.…”governors expecting increased shipments discovered Friday that no national stockpile exists, and now they are demanding that President Donald Trump’s administration be held accountable for deceiving the American public.” 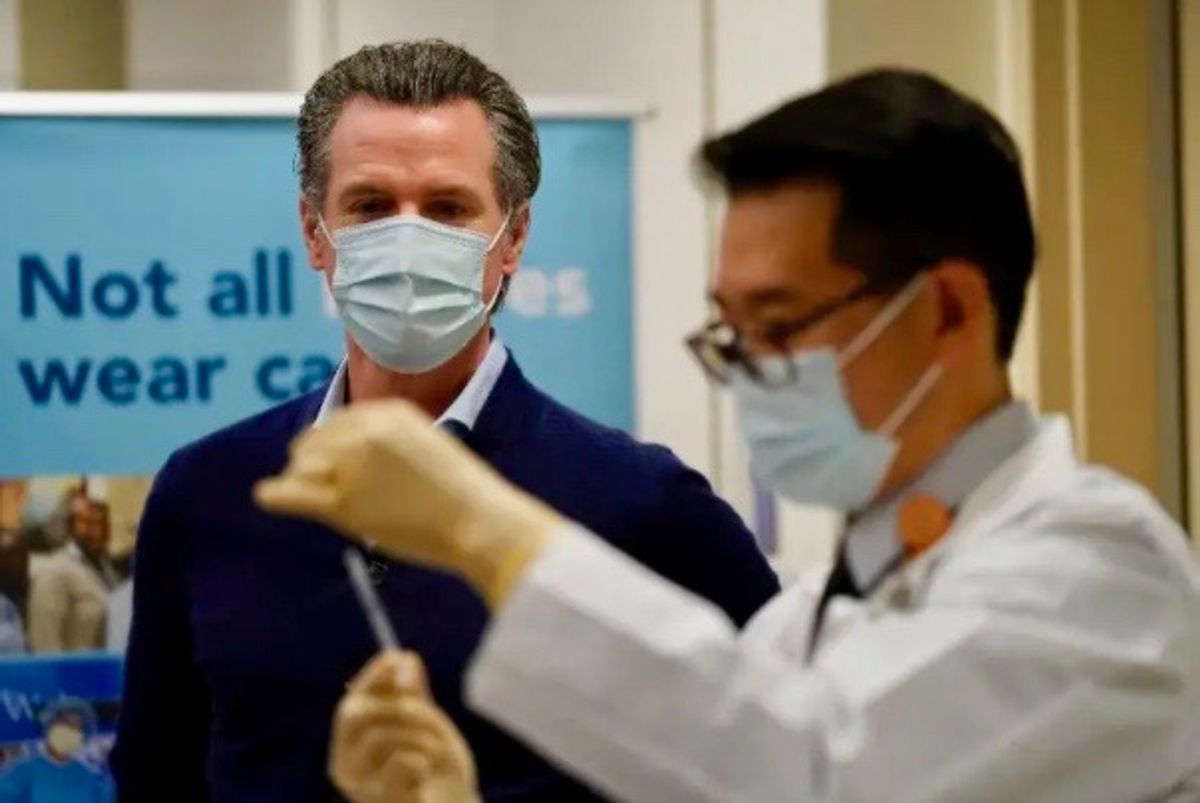 Earlier this week, the White House said the federal government would soon release coronavirus vaccine doses stored for second shots, but governors expecting increased shipments discovered Friday that no national stockpile exists, and now they are demanding that President Donald Trump’s administration be held accountable for deceiving the American public.

“Governors were told repeatedly by [the Department of Health and Human Services] there was a strategic reserve of vaccines, and this week, the American people were told it’d be released to increase supply of vaccine,” tweeted Washington Gov. Jay Inslee (D) on Friday. “It appears now that no reserve exists. The Trump admin. must answer immediately for this deception.”

State officials nationwide—who on Tuesday had been instructed by HHS Secretary Alex Azar to broaden inoculation eligibility criteria—learned roughly 72 hours later that the so-called vaccine reserve “Health officials across the country who had anticipated their extremely limited vaccine supply as much as doubling beginning next week are confronting the reality that their allocations will remain largely flat, dashing hopes of dramatically expanding access for millions of elderly people and those with high-risk medical conditions,” the Post reported.ad already been exhausted by the time they were told to plan for a surge in supply.

“The Trump administration had already begun shipping out what was available beginning at the end of December, taking second doses directly off the manufacturing line,” The Washington Post reported Friday.

“Health officials across the country who had anticipated their extremely limited vaccine supply as much as doubling beginning next week are confronting the reality that their allocations will remain largely flat, dashing hopes of dramatically expanding access for millions of elderly people and those with high-risk medical conditions,” the Post reported.

“Health officials in some cities and states were informed in recent days about the reality of the situation,” the newspaper noted, “while others are still in the dark.”

Like Inslee, Oregon Gov. Kate Brown (D) tweeted Friday that she received “disturbing news” on Thursday about the absence of a federal stockpile. She said the news was confirmed by Gen. Gustave Perna of Operation Warp Speed, which is overseeing vaccine distribution efforts.

“I am demanding answers from the Trump administration,” said Brown. “I am shocked and appalled that they have set an expectation on which they could not deliver, with such grave consequences.”

“This is deception on a national scale,” she added. “Oregon’s seniors, teachers, all of us, were depending on the promise of Oregon’s share of the federal reserve of vaccines being released to us.”

While the White House’s “initial policy was to hold back second doses to protect against the possibility of manufacturing disruptions,” unnamed state and local health officials told the Post that the “approach shifted in recent weeks.”

Critics say that news of the nonexistent reserve of doses underscores the extent to which the federal government has bungled the vaccine rollout, along with the broader response to the Covid-19 pandemic that has claimed the lives of more than 390,000 people—and counting—in the U.S. alone.

The Associated Press reported Friday that less than 2% of the population in Alabama, Georgia, Mississippi, and South Carolina had received the first dose of the vaccine at the start of this week, according to data from those states and the Centers for Disease Control and Prevention.

In late December, Common Dreams reported that if the U.S. failed to accelerate the rate at which vaccines were allocated, it would take nearly a decade for the country to inoculate an adequate number of Americans to get the pandemic under control.

“We should have had major warehouses located around the country so that as soon as the FDA greenlighted a vaccine, it could quickly be delivered to hospitals and clinics in every corner of the country,” Dean Baker, co-director of the Center for Economic and Policy Research, argued at the time. “We should have been prepared to start inoculating millions of people the day a vaccine was approved. This is a massive policy failure.”

To make up for the slow start, Cruickshank said that President-elect Joe Biden “needs to immediately use the Defense Production Act to massively speed up vaccinations.”

Rep. Katie Porter (D-Calif.) and Sen. Elizabeth Warren (D-Mass.) on Friday wrote a letter to the heads of Operation Warp Speed in which the congresswomen explain how to “fully embrace using the Defense Production Act to bolster our vaccine supply.”