“Covering waterways would save water (annual savings of 63 billion gallons of water) and provide electricity, among other benefits.”

This story was originally published in WIRED and is reproduced here as part of the Climate Desk collaboration. 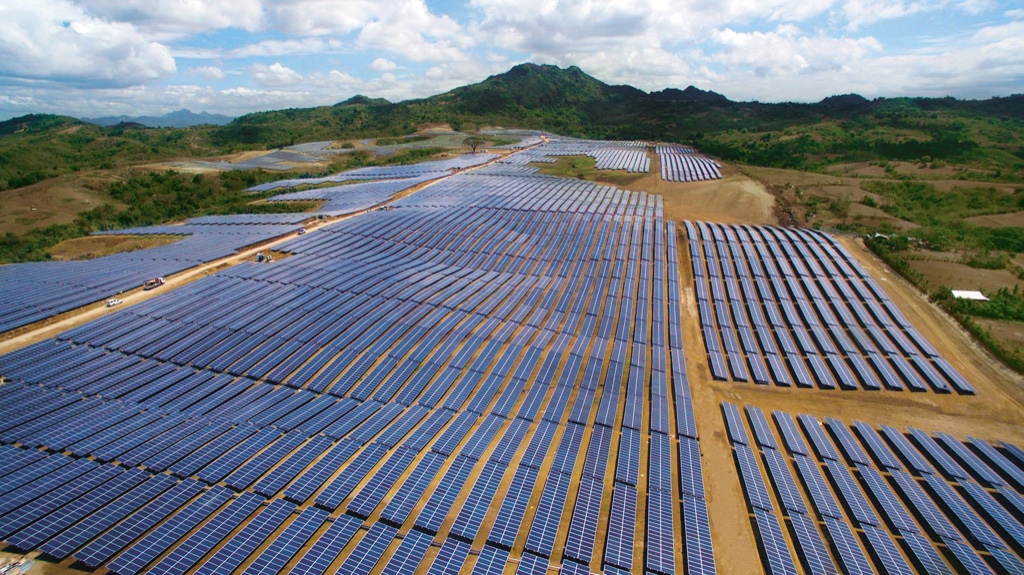 Peanut butter and jelly. Hall & Oates. Now there’s a duo that could literally and figuratively be even more powerful: solar panels and canals. What if instead of leaving canals open, letting the sun evaporate the water away, we covered them with panels that would both shade the precious liquid and hoover up solar energy? Maybe humanity can go for that.

Scientists in California just ran the numbers on what would happen if their state slapped solar panels on 4,000 miles of its canals, including the major California Aqueduct, and the results point to a potentially beautiful partnership. Their feasibility study, published in the journal Nature Sustainability, finds that if applied statewide, the panels would save 63 billion gallons of water from evaporating each year. At the same time, solar panels across California’s exposed canals would provide 13 gigawatts of renewable power annually, about half of the new capacity the state needs to meet its decarbonization goals by the year 2030.

California’s water conveyance system is the world’s largest, serving 35 million people and 5.7 million acres of farmland. Seventy-five percent of available water is in the northern third of the state, while the bottom two-thirds of the state accounts for 80% of urban and agricultural demand. Shuttling all that water around requires pumps to make it flow uphill; accordingly, the water system is the state’s largest single consumer of electricity.

“By covering canals with solar panels, we can reduce evaporation and avoid disturbing natural and working lands, while providing renewable energy and other co-benefits.”

Solar-paneling canals would not only produce renewable energy for use across the state, it would run the water system itself. “By covering canals with solar panels, we can reduce evaporation and avoid disturbing natural and working lands, while providing renewable energy and other co-benefits,” says environmental engineer Brandi McKuin of the University of California, Merced, and the University of California, Santa Cruz, lead author on the paper.

Ironically enough, the performance of solar panels falls as temperatures rise. In a solar cell, photons from the sun knock electrons out of atoms, producing an electric current. When a panel gets too hot, that puts electrons into an already excited state, so they don’t create as much energy when dislodged by photons. Spanning panels over canals would, in a sense, make them water-cooled, boosting their efficiency. “And additionally,” McKuin adds, “shade from the panels mitigates aquatic weed growth, which is a major canal maintenance issue.”

The engineering wouldn’t be all that complicated, either. You could throw a steel truss over a canal and cover it with panels. India has been experimenting with solar canals like this, and it has commissioned one 25-mile-long stretch for an estimated cost of $14 million.

To be clear, this new paper is not a full-throated pitch to state officials to immediately cover all canals with solar panels. “Our paper is not a detailed engineering design or conceptual design — it’s a feasibility study, a proof of concept for taking it to the next phase of investing in a demonstration project,” says engineer Roger Bales of the University of California, Merced. “But I think the amount of electricity could be significant, both statewide and locally.”

Bales and McKuin calculated all of this by incorporating a variety of models. Evaporation rates, for instance, came from hydrological models. They folded in climate models, too, to predict how the state will warm over the coming years. They got so granular that they also calculated how the cooling effect of the canal water would improve the panels’ generating efficiency.

Ultimately, they landed on a potential annual savings of 63 billion gallons of water across California. But they also took into account the human benefits of such a project, which are more nebulous. For example, many farmers pump their water with diesel generators. If solar panels provided that energy instead, that could cut local emissions, thus improving air quality. “You can look at the economic costs, but you can also look at the social benefit,” says Bales.

“You’re taking something that’s already been altered by human activity and doubling up on the benefits it provides.”

An added social benefit could be that by situating the panels over canals, the state wouldn’t have to convert croplands or disrupt natural habitats to set up sprawling solar farms—a canal is already on long-disturbed land. Think about how you’d install a solar array in your own home. “I can put it on my roof, rather than mowing down the yard next to my house and putting panels there,” says Michael Kiparsky, director of the Wheeler Water Institute at the UC Berkeley School of Law. “You’re taking something that’s already been altered by human activity and doubling up on the benefits it provides. That’s the profound piece.”

Solar-paneling California’s canals could also prepare the state for the widespread adoption of electric cars. The California Aqueduct runs right along Interstate 5, the major artery carrying traffic between the northern and southern halves of the state. Where there are now gas stations dotted along the way, in the future there might be car-charging stations that draw power from the nearby aqueduct.

The plan could also help California prepare for future climate change. “Droughts are part of our history and part of our future,” says Kiparsky. “It’s just that under climate change, they’re projected to become both more frequent and more severe.” As the state gets hotter, more and more water will evaporate away from its canals, which the panels can help attenuate.

While the researchers focused on California in this study, this kind of modeling “could easily be applied to other locations,” McKuin says. “In water-stressed regions of the world with open canals, it makes a lot of sense to consider this.” For instance, that might include California’s neighbors, like the increasingly molten-hot southwestern states and Texas, which just showed it needs to overhaul its energy system anyway.

There are, of course, some challenges when mulling such a large infrastructure project. For instance, these researchers didn’t take into account the potential effects on wildlife — covering canals might cut off access for waterbirds who depend on it for habitat, especially considering that California has lost more than 90% of its wetlands. Also, situating solar panels and their trusses over water could lead to rusting of equipment, raising maintenance costs. And then there’s the cost of solar-paneling canals on a wide scale. (The study didn’t suggest an overall price tag. McKuin says it will be hard to estimate without a demonstration project first, and it would depend on variables like which sites are chosen for development.)

But then again, this isn’t an all-or-nothing idea: Some canals here and there could be converted, while others remain open. While that might not provide the full boost of saving 63 billion gallons of water each year, it would still provide power to water pumps and local car-charging stations, all while reducing evaporation at a smaller scale. “With or without climate change, the supply of water in California is tightening, and the demand for water in California is increasing,” says Kiparsky. “And those two facts together mean that, indeed, any water savings is good, and it’s welcome.”

Matt Simon is a science journalist at WIRED, where he covers biology, robotics, cannabis and the environment. He’s also the author of Plight of the Living Dead: What Real-Life Zombies Reveal About Our World—And Ourselves, and The Wasp That Brainwashed the Caterpillar, which won an Alex Award. Email High Country News at editor@hcn.org or submit a letter to the editor.