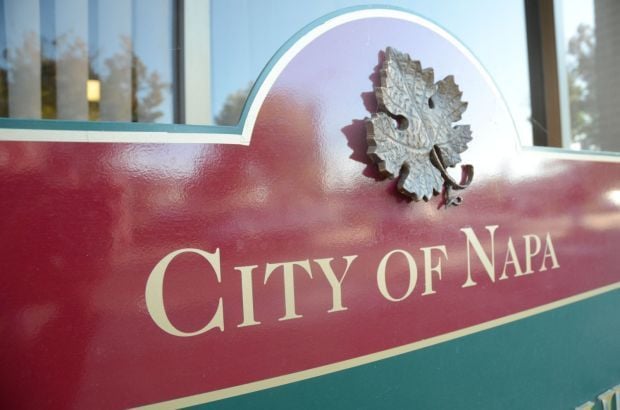 Instead of being developed with luxury homes, 80 acres of oak-studded hillside in southwest Napa will remain a green belt buffer, the City Council decided Tuesday.

The council unanimously rejected Napa Oaks, a planned gated community of 62 houses on Old Sonoma Road where the city ends and the Carneros wine region begins.

After hearing from neighbors who submitted a petition of opposition with more than 600 names, the council stuck by its 1998 decision to designate the property as a Resource Area because of sensitive environmental issues.

To allow Davidon Homes of Walnut Creek to build its upscale development, the council would have had to find that a subdivision was in the public interest and lift the Resource Area label.

Although Davidon’s newest plan was an improved design, council members said the public interest justified keeping the site as is.

Having spent hundreds of thousands of dollars on plans, Davidon Homes may sue, contending that the city has stripped the company of development rights.

Davidon threatened a lawsuit in 1998 when the council changed the property’s general plan designation from single family homes to Resource Area. This sabotaged the company’s development plans.

The developer and the city worked out a deal to delay a suit so Davidon could refine its plans and seek city approval.

“We still have our legal rights. We’ll review all our options,” Jeffrey Thayer, a Davidon vice president, said Tuesday after the council held firm on the Resource Area designation. “We’re very disappointed, obviously.”

According to staff, Davidon is now left with a property that could have up to four houses on the upper region and six houses along Casswall Street.

Lynda Millspaugh, an assistant city attorney, said the city will be able to defend the council’s actions if Davidon sues. Even when the site was designated for single family houses, environmental issues could have blocked significant development, she said.

Reacting to withering criticisms in an earlier draft environmental impact report, Davidon spent the past two years redesigning Napa Oaks, shrinking it from 85 houses to 62 and clustering houses to a greater degree.

The project originally had 40 potentially significant environmental impacts. The plan before the council Tuesday had five, including a loss of oak trees and oak habitat and a change in the property’s “visual character.”

Thayer touted the new plan’s environmental features. Sixty percent of the property would be placed under conservation protection, only a few houses would be visible from Napa or Congress valleys, oaks would be replanted in greater numbers and houses would be pulled back hundreds of feet from adjacent vineyards.

Although the project would be gated, with houses selling for between $650,000 and $1 million, Davidon said pedestrians and bicyclists would have access to a Carneros overlook.

The company offered to pay some $800,000 in fees to help the city develop low-income housing in other locations. The company would also have installed two traffic lights on Imola Avenue at Highway 29.

With few exceptions, neighbors who packed the council chambers weren’t buying Davidon’s assurances and offers. They worried that the project with its 600 vehicle trips a day would worsen traffic in the area.

Although Thayer showed slides of how portions of the site had been clear-cut and graded for building pads in the 1950s and ’60s, neighbors described it as essentially “pristine.”

Owners of adjacent vineyard property outside the city limits in Congress Valley feared that new homeowners at Napa Oaks would object to dust and noise from their farming operations.

A half dozen citizens praised the new Napa Oaks design, saying Napa needed a high-end project of this caliber. If the Davidon plan were rejected, a new owner could rip out forest for vineyard, some said.

When the council slapped on the Resource Area designation in 1998, Councilwoman Jill Techel was the lone opponent. She wanted further environmental analysis before changing the city’s general plan.

On Tuesday, Techel said she now had all the environmental information she needed. Unfortunately, the project could not pass the “grocery store” test. If someone asked her at the supermarket to explain why houses were now in the public interest, she couldn’t, she said.

Councilwoman JoAnn Busenbark praised the project as “well thought out,” but said changing the general plan just four years after the Resource Area designation was applied was premature.

Councilman David Crawford said the project might have passed muster if the site were still planned for houses, but it isn’t.

“We’ve got to protect our open space,” Mayor Ed Henderson said. “I think the hills are just as important as a park.”

Kevin Courtney can be reached at 256-2217 or at kcourtney@napanews.com