Building on a floodplain, what could possibly go wrong? 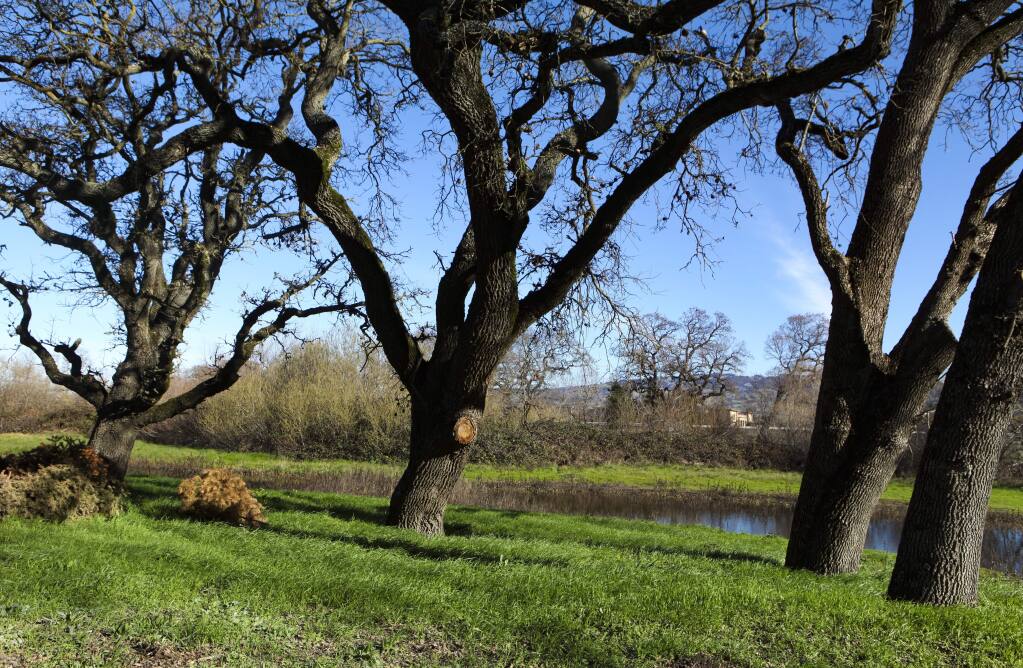 A resident-led environmental lawsuit over an approved 180-unit apartment complex along the Petaluma River is heading to court next month, which could result in a ruling by the end of this summer.

The scheduled hearing comes more than a year after a group of residents filed a lawsuit centered on alleged violations of the California Environmental Quality Act.

The group, Save North Petaluma River and Wetlands, argues the city prepared an inadequate environmental assessment of the riverside parcel and of the expected impacts the housing development will have on surrounding neighborhoods.

“They’re all really concerned with the implications of this project for Petaluma as a city, if they continue to build upon the river corridor,” said Oakland-based attorney Rebecca Davis, who characterized her clients as Petaluma residents, the majority of whom live in a neighborhood near the development. Petaluma resident Beverly Alexander is the named plaintiff.

“The city believes it complied with CEQA,” Green said, referring to the acronym for the California Environmental Quality Act. “And the city believes there is no merit to the lawsuit.”

The west side development is proposed for the end of Graylawn Avenue in the Payran neighborhood, bordered by the SMART rail line on one side and the Petaluma River on the other. 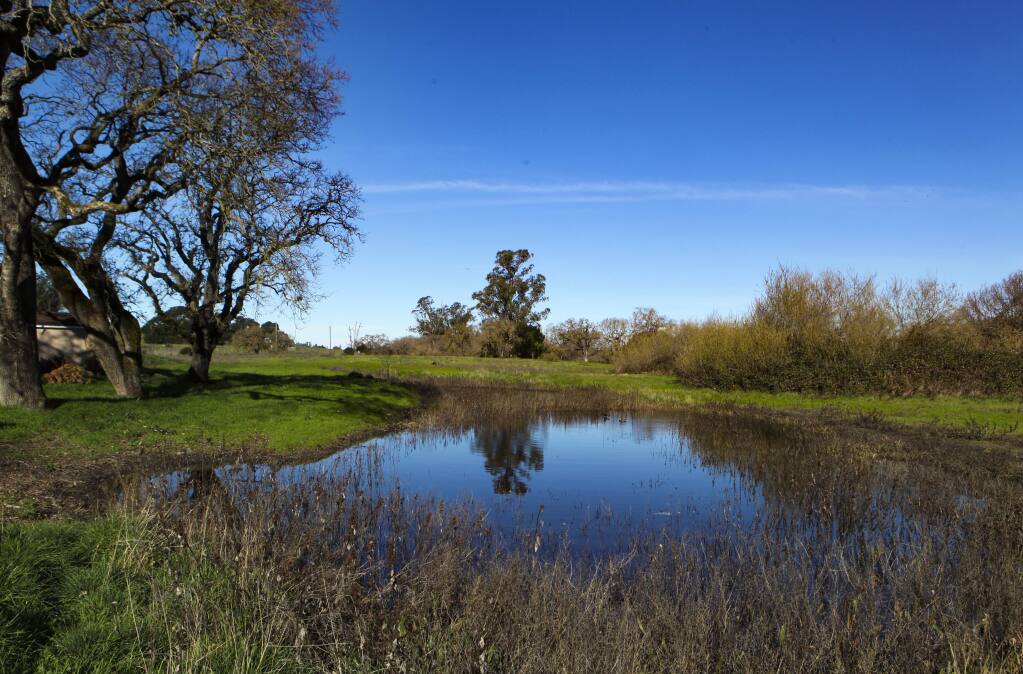 First proposed for development more than 15 years ago, the latest iteration of the project garnered a torrent of public opposition in 2019 and early 2020. In a 5-2 vote, the city council ultimately approved the 180-unit complex in February 2020, overturning the planning commission’s prior rejection.

Its proximity to a largely undeveloped stretch of the Petaluma River sparked heated opposition, with several community members focusing on the 19-acre parcel’s two wetlands, its several mature oak trees and what they say is a potential for flooding.

The approved project design calls for 180 units spread among two- to three-story buildings, a reduction from a previous 278-unit plan, along with a swimming pool and clubhouse.

The project also includes creating a flood terrace above the high water line abutting the Petaluma River, and descriptions of the project on the city’s website indicate no residential development is proposed within the floodplain.

Matthew Visick, the attorney representing developer J. Cyril Investment Corporation, said the lawsuit is simply challenging the environmental review, and that there are still more steps before construction can begin. 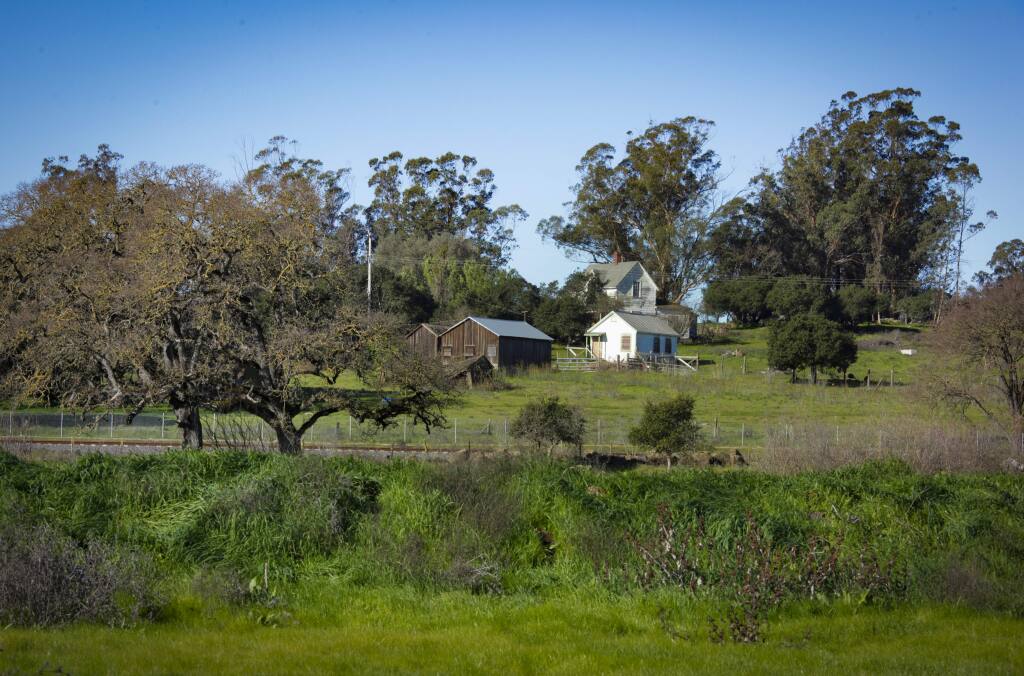 “This is not the final approval of the project that is being litigated,” said Visick, adding that the project still must go through an architectural review, which also requires city sign-off.

The proposed development has been among the city’s most contentious land use questions in recent years, with residents packing city council hearings pre-pandemic in numbers that rivaled meetings centered on the Corona State project. That project, too, has been ensnared in a lawsuit following its initial approval by the Petaluma City Council.

Those against the Sid Commons project take issue with the location, arguing the parcel is a riparian habitat that should be conserved.

“It should be clear my clients are not opposed to (adding) housing in Petaluma,” Davis said in a recent interview, responding to criticisms that the lawsuit is anti-development or obstructionist. “In fact, they’ve pointed to a number of other sites. This is really about protecting the remaining parcel at the most ecologically sensitive parts of the river. It’s not about stopping additional housing, the concern is just at what price to the environment?”

City staff said at the time of approval that the project underwent all required environmental reviews, but questions about environmental safeguards lingered among dozens of residents and the two council members who voted to reject the planned development.

The city’s Climate Action Commission criticized the city council for its approval of the project last year, slamming a decision that some commissioners suggested was out of line with the city’s stated climate emergency goals.

The two council members who voted against the project, Mayor Teresa Barrett and then-Vice Mayor D’Lynda Fischer, issued searing rebukes of the proposal, saying the riverside parcel is too fragile for development.

In the wake of the outraged response, former council members Gabe Kearney, Kathy Miller and current council member Mike Healy drafted a joint opinion piece defending their vote and the project itself in the pages of the Argus-Courier.

Although the hearing is scheduled for April 28, Davis said her clients are interested in pursuing alternate options, which includes recent discussions with unnamed local organizations over potential purchase of the land for permanent preservation.

“Ultimately, my clients would like to see this parcel set aside and included in the city’s land that would not be developed,” Davis said. “At the very least, what they would like is a redo of the approval process, and an added look at mitigation measure that could reduce the impacts further. And, a real meaningful look at what the biological resources are there now.”

In response to whether J. Cyril Investment Corporation is looking into preservation, Visick said his clients are not pursuing that option.