Research using crowdsourced data found a correlation with the birds’ deaths, nearby fires and toxic air. 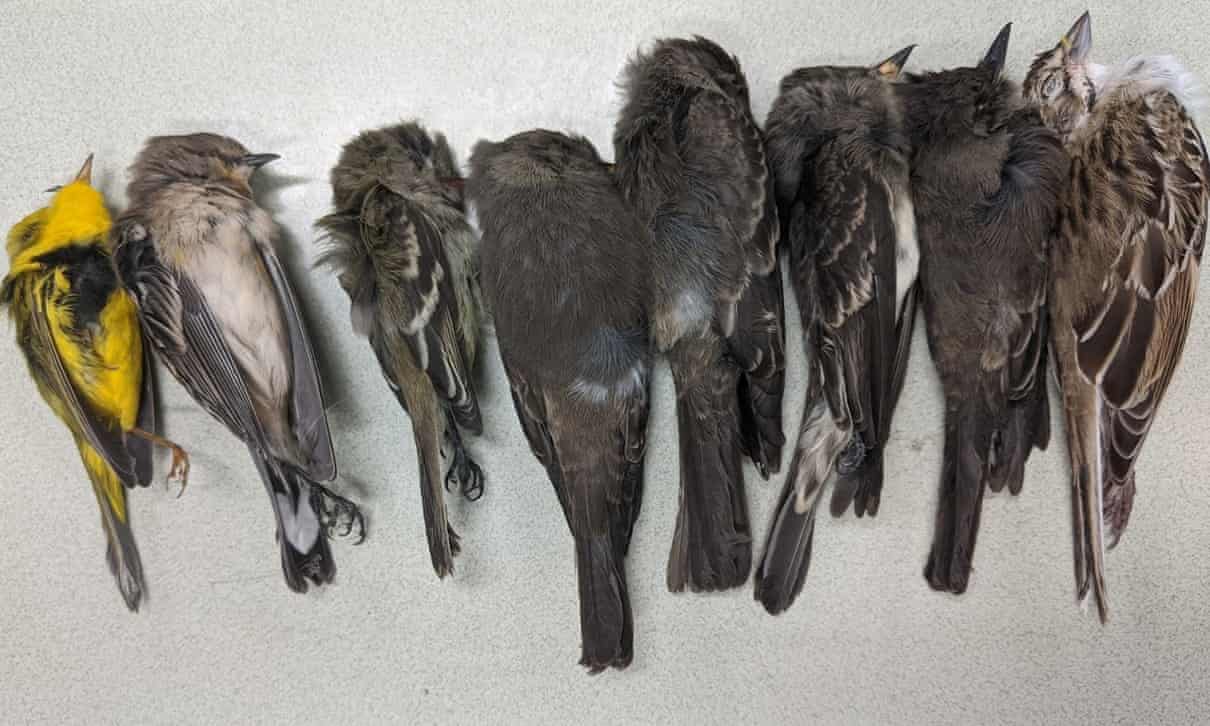 This story originally appeared in Eos and is republished here as part of Covering Climate Now, a global journalism collaboration strengthening coverage of the climate story.

After an abnormally large number of migratory birds turned up dead in people’s backyards in Colorado and other parts of western and central U.S. states, locals began to document their observations on a crowdsourced science platform called iNaturalist. Within the app, a special project was set up specifically for this die-off, which occurred in August and September 2020, so that records of the dead birds could be compiled together.

Around the same period as the birds’ deaths, more than 7.8 million acres of land burned, which resulted in habitat loss and the emission of toxic compounds that threaten the health of both avian species and humans. In addition, snowstorms struck parts of the Northwest in early September while these birds were in the midst of their annual migration. Some areas experienced temperature drops of as much as 72°F in just a few hours.

Researchers heard of this die-off event and wanted to see whether there was a link between the birds’ deaths and the other major events (wildfires and snowstorms) occurring in the United States at the time. In a new study published in GeoHealth, Yang et al. used the iNaturalist data, which included recordings of a number of migratory species such as warblers, geese, hummingbirds, swallows, flycatchers and sparrows. The scientists also studied map readings that showed where observations were taken on iNaturalist to compare the locations of the birds’ deaths with the locations of the wildfires and storms.

Their findings were starkly clear. “The wildfire and also the toxic air were the two factors that influenced the birds’ mortality,” said Anni Yang, a postdoctoral fellow in spatial ecology at Colorado State University and one of the study’s authors. There was a strong correlation between the observations of dead birds and wildfires and the toxic gases they produced, but not with the early winter storms.

“The birds are sensitive to the environment,” Yang said. The respiratory system of avian species in particular easily can be damaged by air pollution. Although wildfires have always occurred and birds have evolved to cope with them in some measure, the combination of climate change and decades of fire suppression in parts of the United States has led to fires that burn far hotter and larger than fires that burned in centuries past. The larger fires could cause problems that birds nowadays aren’t capable of dealing with.

“The wildfire and also the toxic air were the two factors that influenced the birds’ mortality.”

The researchers also discovered that there were some differences in local areas. In parts of California, for example, more bird deaths occurred farther from the wildfires. The reason could be secondary impacts of the fires affecting humidity levels, which could lead to the deaths of birds in hot, humid air over the ocean.

The researchers also noticed other trends. Land cover had an impact on bird deaths; the data showed that more birds died in urban areas. According to the authors, the reason could be known issues that affect birds, such as building strikes. But Yang noted that this correlation may be slightly biased because of quarantining due to the pandemic. In other words, people were spending more time in urban areas and perhaps paying more attention to dead birds around their homes, which inadvertently may have boosted the numbers in cities compared with rural areas.

Yang also suggested that the lack of correlation between bird deaths and the snowstorms could be explained by shortcomings in the crowdsourced science application. In that case, fewer people may have been going outside during the bad weather, which could translate to fewer observations of dead birds.

Yang said other local factors might have played roles in the deaths of some species. The researchers looked at all bird deaths equally, but different species could be affected in different ways by climate events like wildfire smoke or a snowstorm.

Rongting Xu, an ecosystem modeler at Oregon State University and another of the paper’s authors, said that it would be great to run the same study over multiple years, comparing the summer of 2020 with previous summers, for example, to see whether wildfires or early snowstorms in other years caused similar die-offs. Such long-term examinations could also reveal whether factors like climate change are playing a role in bird deaths, she said.

Joshua Rapp Learn writes about the environment, archaeology, wildlife and space. He has contributed to publications like National Geographic, Inside Science, Smithsonian Magazine, Discover, Scientific American and others. Email High Country News at editor@hcn.org or submit a letter to the editor.