Lake Sonoma is at least 30% silted so much lower water availability. Hydrologists have been warning the county for years we don’t have the water you think…..

“Lake Sonoma had 154,729 acre-feet of water at last check, or about 63% of its storage capacity for this time of year, while Lake Mendocino, the smaller of the two, had about 45% of its targeted storage, or about 36,000 acre-feet.”

PD: Lake Sonoma and Lake Mendocino water levels at record low for this time of year 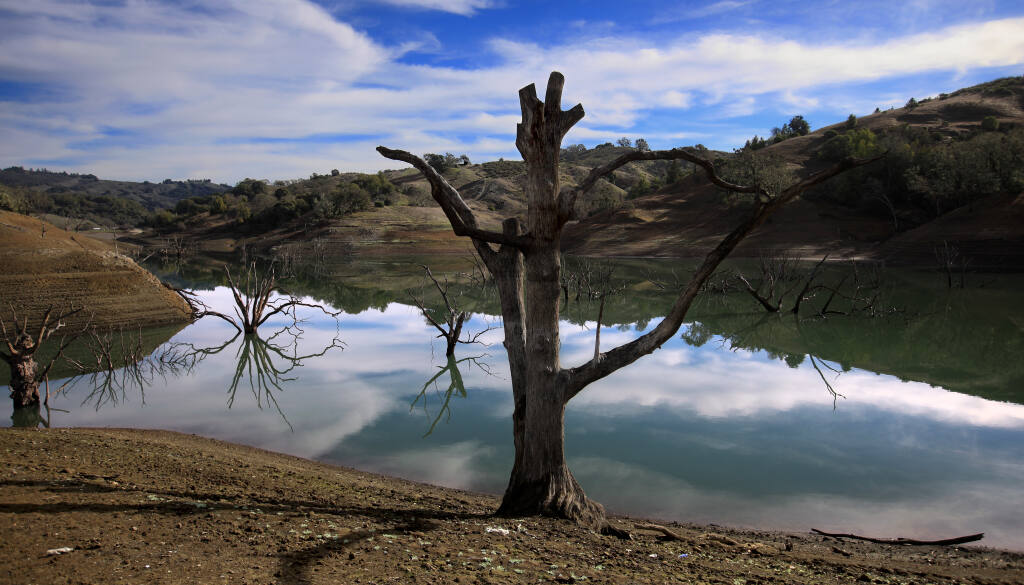 Korty Creek on the east side of Lake Sonoma is difficult to navigate as water levels continue to drop, Friday, Jan. 15, 2021. During an average year, the trees would be completely submerged. (Kent Porter / The Press Democrat) 2021

A second year of extremely low rainfall has left water storage in Lake Sonoma and Lake Mendocino at the lowest levels for this time of year since the reservoirs were filled decades ago, Sonoma County’s water agency said Tuesday.

Lake Sonoma had 154,729 acre-feet of water at last check, or about 63% of its storage capacity for this time of year, while Lake Mendocino, the smaller of the two, had about 45% of its targeted storage, or about 36,000 acre-feet.

Together, the two reservoirs supply drinking water for more than 600,000 people in three counties — Sonoma, Mendocino and Marin.

The situation is particularly dire for Lake Mendocino, which serves municipal and rural users around Ukiah and is managed to sustain flows in the upper Russian River during drier months. Given the dry summer months ahead, it could become too low to support such releases by this fall, absent sufficient conservation measures, the water agency said.

Officials are asking for voluntary reductions in water use, but that could change quickly, said Grant Davis, general manager of Sonoma Water.

“We are faced with the second year of very dry conditions, and the entire Russian River watershed will need to come together, yet again, like we’ve done in the past, to reduce diversions out of the Russian River system and to practice good water conservation and efficiency measures to get through this particular year and into next year,” Davis said.

The supply situation is even worse than it was during the 2012-16 drought, when reservoir levels dropped even lower than they are now toward the end of 2014, but late in the year — beyond the high-water-use summer months, with only weeks to go before the prospect of winter rain to restore supply. 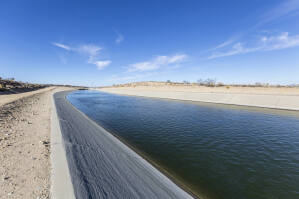