Supervisors: we need a moratorium on new vineyards and cannabis….stop burying your heads in the sand.

Editorial: There is no drought 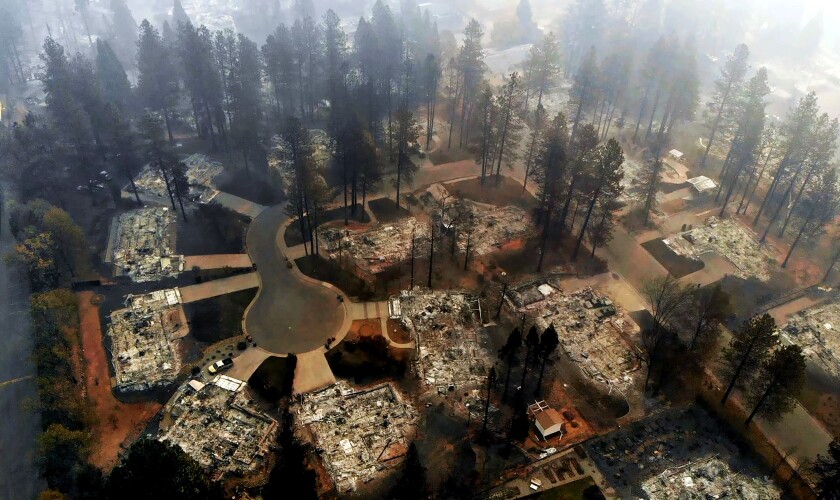 An aerial view of Paradise after the 2018 Camp Fire that burned more than 7,000 structures.
(Los Angeles Times)

If ‘drought’ means a period of dry years followed by a return to the norm, California is not in drought. The current climate is the norm.

By  The Times Editorial Board

Gov. Gavin Newsom declared a drought emergency last month in Sonoma and Mendocino counties because of severe drop-offs in the winter rains that once had been counted on to fill reservoirs in the Russian River watershed, north of the San Francisco Bay Area. Like most other California reservoirs, those human-made lakes were built in the 20th century, an unusually wet period when compared with more than a thousand years of climate records reconstructed from studies of ancient tree rings and geological evidence. 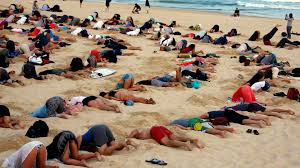 The two formerly verdant counties were among the state’s hardest-hit regions in last year’s record-setting wildfire season that included the August Complex fires, which erupted not just because of years of intensifying summer heat drying out the trees and the ground beneath them but also, ironically, because of fierce summer storms and accompanying lightning. The August Complex followed the 2019 Kincade fire, which burned much of Sonoma County, and the 2018 Mendocino Complex fires, which at the time made up the state’s largest recorded wildfire incident. Before that was the 2017 Tubbs fire, which destroyed significant portions of Santa Rosa — following California’s wettest year on record. So much rain fell that winter that the ground could not absorb it all, yet the summer was so hot that it desiccated the forests.

Average out the sporadic flood years with the succession of dry ones and the numbers will tell you that California is getting as much precipitation as ever. There is no drought — not if drought means a decrease in total rainfall.

But we legislated and plumbed this state for a different climate pattern, when annual winter rains reliably fell on Sonoma and points north, and a full Sierra snowpack reliably melted through the spring and summer to feed streams and irrigate orchards and farm fields. That era is long gone. The snowpack comes unpredictably, because a warmer climate means water that formerly stayed in the mountains as snow through the summer now melts sooner, or falls as rain and rushes westward to the sea in the winter, when we need it the least. A quick look at any satellite photo from a heavy-snow year reveals that no number of new dams could ever replace the snowpack’s formerly reliable volume.