“……a 700-mile system of aqueducts, reservoirs and pumping plants that mostly moves water from the state’s wetter northern reaches to its drier south, and which is California’s single largest electricity user — has a goal of 75% climate-friendly power by 2030. That’s up from 65% currently, much of it hydropower generated at the agency’s dams.” 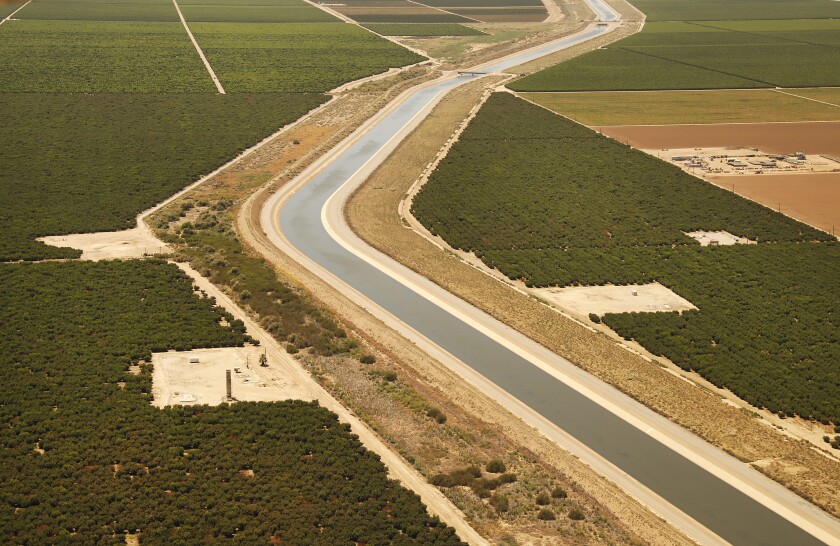 This is the April 22, 2021, edition of Boiling Point, a weekly newsletter about climate change and the environment in California and the American West. Sign up here to get it in your inbox.

By virtue of the fact that you’re reading this newsletter, you’re probably aware today is Earth Day — or as environmental reporters know it, “The day we get even more press releases than usual, but we keep doing the same job we’ve been doing all year.”

So I don’t have a special Earth Day edition of Boiling Point for you. I do, however, have some intriguing information about an idea that always seems to gets folks excited: Putting solar panels over water.

I was initially skeptical when I read about a new study from researchers at UC Merced, finding that covering thousands of miles of California’s largest canals with solar panels could generate huge amounts of clean energy at a reasonable cost, while saving lots of water by reducing evaporation. Published in the journal Nature Sustainability, the study concluded that the “net present value” of canal-spanning solar systems could be as much as 50% higher than solar farms on nearby land.

Don’t get me wrong — at an intuitive level, it makes perfect sense. Install photovoltaic panels atop canals, and avoid the land-use battles over habitat protection and rural community character that are a growing roadblock for the solar industry. Save water in a drought-prone state that can use every last drop. Maybe even improve air quality in the notoriously smoggy Central Valley by using the newly installed clean energy infrastructure, paired with batteries, to replace diesel-powered irrigation pumps.

But when I’d heard these ideas floated in the past, I’d also heard skepticism from the people who run California’s water systems. How much would all that solar power cost? Who would build the power lines to scoop up those clean electrons and send them to faraway cities? And would the panels interfere with maintenance work to patch up aging canals?