Adopt a Redwood, New Bill Aims to Save Thousands of At-Risk Species in the U.S.

Spring has sprung at SPAWN! A new edible native plant garden, a new bipartisan bill being reintroduced to Congress, increased coho smolts, and more highlight a slate of positive news this season. There’s still work to be done, and efforts on California’s coast and Point Reyes National Seashore are points of focus. Additionally, with Father’s Day coming up, we have a gift idea that’s sure to be a hit! Thank you, as always, for standing with SPAWN. 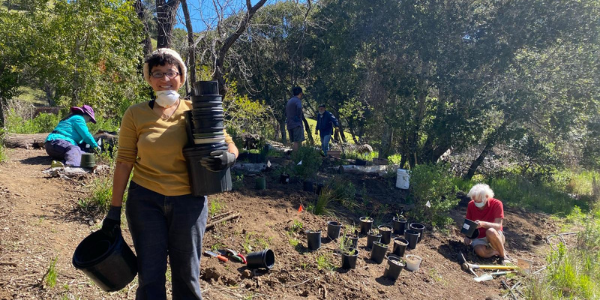 We live in a country where 30 to 40 percent of food produced each year is wasted, excessive amounts of resources are spent to grow non-native produce exports, and many communities don’t have access to fresh produce. Some communities have started a trend towards free food forests such as the Community Urban Food Forest in Atlanta, Georgia, where a former farm is being used to fight food insecurity in an area identified as a food desert. California is one of the most botanically diverse places in the United States, and many of the state’s native plants are edible, as well as equally or more nutritious than their mainstream counterparts. Growing native plants as produce would be another way to feed our population with food that takes less resources to grow and adds habitat that supports native populations of pollinators, animals, and people. These thoughts are what led Eleanor Clark, SPAWN’s native plant nursery intern, to plan and create an edible native garden! 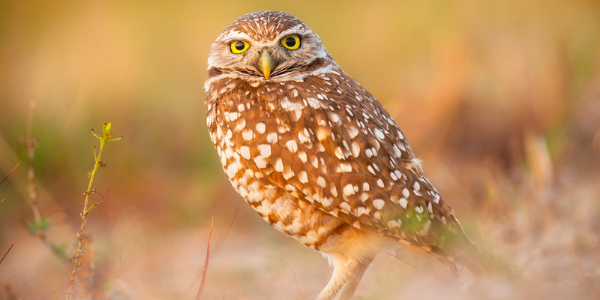 One-third of bird species in North America are in need of urgent conservation action.

New Bill Aims to Save Thousands of At-Risk Species in the U.S.

The bipartisan Recovering America’s Wildlife Act has been reintroduced in the U.S. House of Representatives. If passed, it would be the most significant investment in wildlife conservation in a generation. It would fund conservation efforts led by the states, territories, and tribes to prevent thousands of species from becoming endangered. This legislation is a win for everyone—wildlife, business, outdoor recreation, and all U.S. citizens through the benefits nature provides us. Now that the bill has been reintroduced, please reach out to your U.S. House Representative and ask them to cosponsor the Recovering America’s Wildlife Act. We reached 185 bipartisan cosponsors in the last session, and are hoping for many more in the upcoming ones! 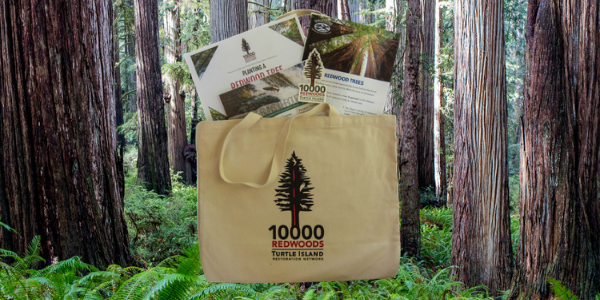 Adopting a redwood includes a personalized adoption certificate plus a canvas tote bag.

Need a Gift for Your Grad or Dad? Adopt a Redwood

Father’s Day is right around the corner. Send the father in your life—or anyone in your life that you’d like to honor—an everlasting gesture of love by adopting a redwood. In addition to making a thoughtful gift, adopting a redwood tree will sequester carbon and restore habitat where ancient redwood forests once grew. Every tree is planted by staff, interns, and volunteers of Turtle Island Restoration Network in carefully selected areas throughout the San Francisco Bay Area to increase redwood forest ecosystems, as redwood forests have been reduced to only 5% of the land that they occupied prior to the 1800s when many redwood forests were logged and land was cleared for development. All levels include a personalized adoption certificate plus a canvas tote bag!