As Bill Gates spends $100 million to lobby for GMO’s in Europe…. 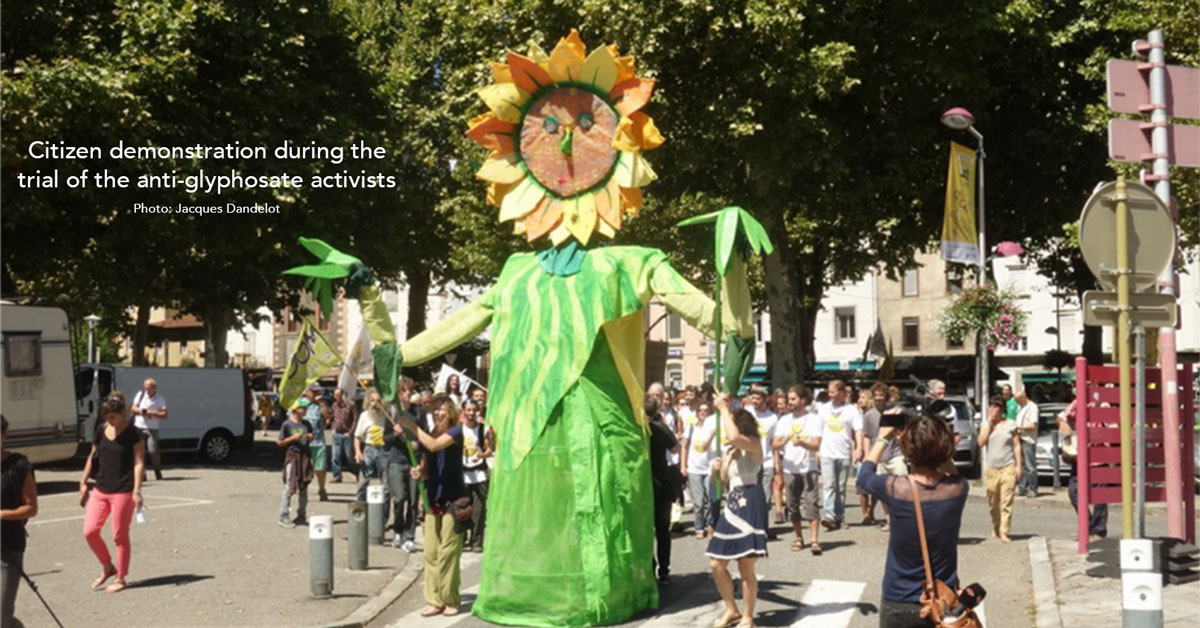 The judgement has now been published. In giving the court’s reasons for acquitting the anti-glyphosate protesters, it notes the established dangers of glyphosate products, in particular, and of the “cocktail effect” of the different chemicals mixed together in pesticide formulations.

The court noted that the American victims in the Roundup cancer litigation demonstrated that their diseases were linked not to glyphosate alone but to Roundup, the toxicity of which was greater due to the interaction of the active substance with other substances (co-formulants) present in the herbicide.

The judgement goes on to say that the massive use of pesticides constitutes a major public health issue — both for users and their families, as well as for rural residents and the population in general via contamination of air, water, soil, and food.

The judgement concludes, “In the face of this danger, this necessary action aimed at informing the population as well as the managers of the shops in question, in the face of this particularly insidious danger, meets the requirement of proportionality required by the notion of a state of necessity: it was carried out without violence, and was limited since the defendants, during their interventions, took care to deploy a protective tarpaulin on the ground when marking the cans on the ground and did not damage either the shop or any other products other than the ones in question.”

The defendants were therefore acquitted.

A statement by the office of lawyer Tumerelle said, “We would like to thank all the witnesses, scientists, doctors, farmers, and activists who work with us on a daily basis to inform about and highlight these issues. We welcome the decision of the court which, we have no doubt, will have a considerable impact in bringing about changes in legislation and practices.”