Another reason climate change needs to be tackled now: “The researchers warn that, “in a worst case scenario,” these and possibly other pathogens could be released as the climate crisis melts glaciers around the world.

Ancient Viruses Trapped in Glaciers for Thousands of Years Could Be Released By Climate Crisis: Study | Common Dreams News

“We’ve opened up a Pandora’s box with climate change.” 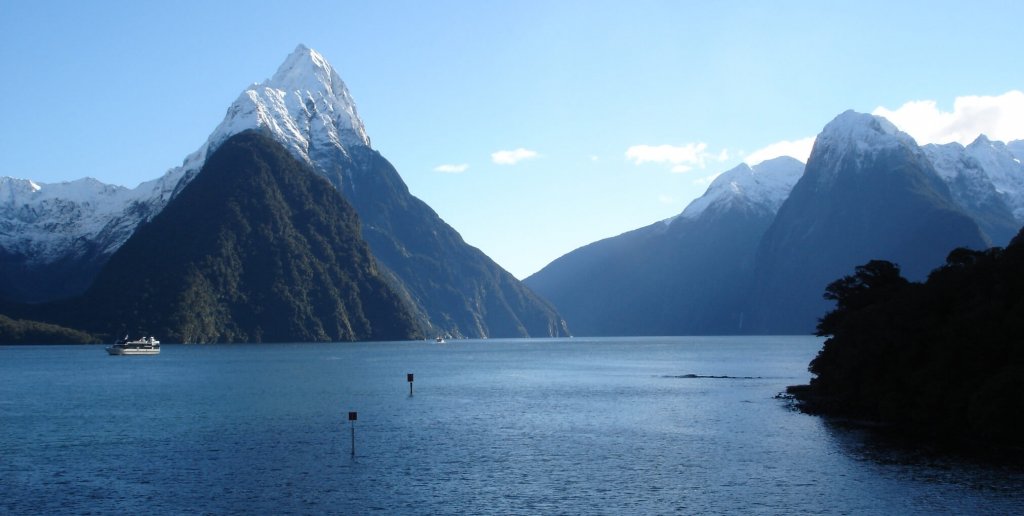 Glaciers like the Sawyer Glacier in Alaska, pictured here in July 2016, are melting around the world—possibly releasing viruses and microbes into the air. (Photo: Ian Keating, Flickr/cc)

A new study of ice cores in glaciers in the autonomous Chinese region of Tibet reveals that the ice floes are holding viruses previously unencountered by humans, raising the possibility of the microbes being released as the climate crisis continues.

“We’ve opened up a Pandora’s box with climate change,” observed one Twitter user.

The report, “Glacier ice archives fifteen-thousand-year-old viruses,” was published in the journal bioRxiv in early January by the scientists who examined the cores. It is awaiting peer review.

According to NBC News:

The experiment revealed 33 groups of virus genuses (also known as genera) in the ice cores. Of these, 28 were previously unknown to science, the researchers said. “The microbes differed significantly across the two ice cores,” the researchers wrote in the study, “presumably representing the very different climate conditions at the time of deposition.”

The researchers warn that, “in a worst case scenario,” these and possibly other pathogens could be released as the climate crisis melts glaciers around the world.

In their paper’s conclusion, the scientists sound the alarm over the warming climate.

“Glaciers around the world are rapidly shrinking, primarily due to the anthropogenic-enhanced warming of Earth’s ocean-atmosphere system, and this will release glacial microbes and viruses that have been trapped and preserved for tens to hundreds of thousands of years,” they write.

News of the microbes led a number of people on social media to start preparing for the apocalypse.

“Well, it was nice knowing everyone but ‘finding ancient viruses in a glacier’ is absolutely the beginning of the end,” tweeted author S.E. Smith.

Our work is licensed under a Creative Commons Attribution-Share Alike 3.0 License. Feel free to republish and share widely.
Abstract from Report:

While glacier ice cores provide climate information over tens to hundreds of thousands of years, study of microbes is challenged by ultra-low-biomass conditions, and virtually nothing is known about co-occurring viruses. Here we establish ultra-clean microbial and viral sampling procedures and apply them to two ice cores from the Guliya ice cap (northwestern Tibetan Plateau, China) to study these archived communities. This method reduced intentionally contaminating bacterial, viral, and free DNA to background levels in artificial-ice-core control experiments, and was then applied to two authentic ice cores to profile their microbes and viruses. The microbes differed significantly across the two ice cores, presumably representing the very different climate conditions at the time of deposition that is similar to findings in other cores. Separately, viral particle enrichment and ultra-low-input quantitative viral metagenomic sequencing from ∼520 and ∼15,000 years old ice revealed 33 viral populations (i.e., species-level designations) that represented four known genera and likely 28 novel viral genera (assessed by gene-sharing networks). In silico host predictions linked 18 of the 33 viral populations to co-occurring abundant bacteria, including Methylobacterium, Sphingomonas, and Janthinobacterium, indicating that viruses infected several abundant microbial groups. Depth-specific viral communities were observed, presumably reflecting differences in the environmental conditions among the ice samples at the time of deposition. Together, these experiments establish a clean procedure for studying microbial and viral communities in low-biomass glacier ice and provide baseline information for glacier viruses, some of which appear to be associated with the dominant microbes in these ecosystems.

Importance This study establishes ultra-clean microbial and viral sampling procedures for glacier ice, which complements prior in silico decontamination methods and expands, for the first time, the clean procedures to viruses. Application of these methods to glacier ice confirmed prior common microbiological findings for a new ice core climate record, and provides a first window into viral genomes and their ecology from glacier ice across two time horizons, and emphasizes their likely impact on abundant microbial groups. Together these efforts provide clean sampling approaches and foundational datasets that should enable simultaneous access to an archived virosphere in glacier ice.

The first reports of microbes in glacier ice appeared early in the 20th century (1, 2), but were largely ignored until microorganisms were investigated in the deep Vostok ice core in the 1980s (3). This motivated further studies of glacier ice microbes near the end of the last century [reviewed in (4–7)]. These reports indicated that microbial biomass is very low in most glacier ice samples, with the estimated number of microbial cells ranging from 102 to 104 cells ml−1 (5) [compared to, for example, 104–106 cells ml−1 in marine water (8)]. The microbes found in glacier ice cores are typically interpreted to represent the microbes in the atmosphere at the time of their deposition, and hence reflect climatic and environmental conditions during that time period (4, 9). Taxonomically, Proteobacteria, Actinobacteria, Firmicutes, and Bacteriodetes are the dominant bacteria found in ice cores (5, 10–12), including some that have been successfully cultured from long frozen glacier ice (13–17). Most of these isolates are psychrotolerants (17, 18), which have optimal growth temperatures well above freezing, but can be preserved under cold environments such as glacier ice for a long time (19). Although there is currently no direct evidence for in situ activity, several studies have hinted at the possibility of microbial activity in frozen glacier ice based on the detection of some excess gases (e.g., CO2, CH4, and N2O), which may be produced by post-depositional microbial metabolisms (20–22).

Viruses are the most numerous constituents of microbial communities in oceans, with an abundance of 106 to 109 particles ml−1 of seawater (23, 24). They can alter microbial communities through lysis, horizontal gene transfer, and metabolic reprogramming (25–31). Typically, some abundant viruses detected in Arctic sea ice and ancient cryopegs were previously predicted to infect the dominant microbial members in the community and to likely modulate host adaptations to extreme cold and salt conditions (Z. P. Zhong, Z. Rapp, J. M. Wainaina et al., submitted for publication). If the non-polar marine and polar cryosphere systems are any indication, then viruses archived in glacier ice are also likely to have infected the co-occurring microbial hosts, whether before and/or after ice formation. Most ice core microbiological studies have focused on microbial communities and how to use them to understand past climatic and environmental conditions archived in the glaciers (4–7). In contrast, there are only two reports of viruses in glacier ice. One detected the atmosphere-originated tomato-mosaic-tobamovirus RNA in a 140,000-year-old Greenland ice core by reverse-transcription polymerase chain reaction amplification (32), and the other reported the presence of virus-like particles (VLPs) deep (i.e., 2749 and 3556 meters depth) in the Vostok ice core using transmission electron microscopy (4). Notably, viruses preserved in glacier ice have yet to be studied using a modern viral ecogenomics toolkit (29), nor have any viral genomes or long viral contigs been reported.

Although microbes in glacier ice have been recognized since early in the 20th century and investigated more rigorously after the 1980s, it remains challenging to use sequencing approaches to study microbial or viral communities in such low-biomass and remote environments. This is primarily due to the low quantity of nucleic acids that can be extracted. In addition, because of this low biomass, contaminations from sampling, storage, and processing are a major issue for studying microbial communities in glacier ice (33). Considerable efforts have been made to develop clean sampling techniques, and several surface decontamination strategies have been published that describe the removal of potential contaminants on ice core surfaces before melting them for microbial analysis (34, 35). These methods efficiently eliminate suspected contaminants on the core surfaces and have been widely adopted for microbial investigations of glacier ice [e.g., (18, 22, 36, 37)]. However, the efficiency of these decontamination methods varies with the decontamination instruments, laboratory personnel, and details of the procedures. Therefore, we sought to establish clean procedures to remove microbial contaminants on ice surfaces by creating and experimenting on several sterile artificial ice core sections covered with known bacteria, viruses, and free DNA (see Materials and Methods). Then we applied these new procedures, together with our previously described in silico decontamination methods for removing suspected contaminants introduced during the processing of ice in the laboratory (12), to investigate microbial and viral communities archived in two ice cores drilled on the summit and plateau of the Guliya ice cap in northwestern China (35°17’ N; 81°29’ E; ∼6650 m asl).