If you are interested in joining the team, please use the contact form below. We welcome new team members. 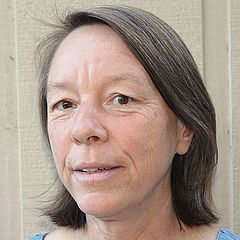 Charlotte Helen Williams (Calistoga) has lived in Calistoga since 1982. She has been a volunteer since her teen years, most recently with the steering committees of Wine & Water Watch and Napa Vision 2050. Charlotte has also volunteered in food co-ops, her children’s elementary and high schools, in their classrooms, field trips and sports teams, at community fairs, fundraisers and bazaars, in her sons’ Boy Scout troop, as a host mother (while her daughter was an exchange student) and then an area liaison with Youth For Understanding, an international high school exchange student organization, with the Kiwanis to coordinate and build an elementary school playground, at her husband’s church, as a signature gatherer and as a coordinator for two local referendums on land use issues. She has honored her family’s tradition of offering service to the community. She ran for local city council in 2012 and learned first-hand about political power struggles. She studies diverse working communities and how they work. Charlotte is Wine & Water Watch’s secretary/treasurer. 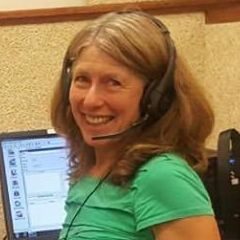 Deborah Preston (Sebastopol) has lived in Sebastopol since 1987. After receiving a Bachelor of Fine Arts from Arizona State University and a fifteen-year career as a professional ceramist, she worked for Superior Court of California. Ms. Preston was a Nevada volunteer in the Presidential campaigns of both John Kerry and Barack Obama, and most recently volunteered full-time for Noreen Evans for Supervisor. She is a longtime supporter of Southern Poverty Law Center, and joined WWW in 2016, contributing to meetings and the website, and assisting in representing WWW at community events. 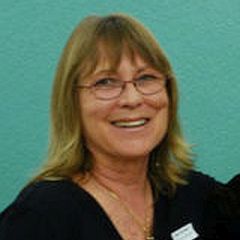 Janus Holt Matthes (West Sonoma County) worked for 2 years at the experimental organic Shone Farm while obtaining a degree in Sustainable Agriculture with high honors from one of the first such programs in the nation at Santa Rosa Junior College. During that time she started the college’s Community Supported Agriculture (CSA) program which is still expanding. In 2009 she earned a degree in Environmental Planning and graduated cum laude from Sonoma State University. Janus worked on governance, policy issues and dry farming for the Community Alliance with Family Farmers (CAFF) for 9 years, 5 of which were on the CAFF State Board. She is also a long time member of the Natural Resources Defense Council, Union of Concerned Scientists, and the Sierra Club, where her great uncle was a founding member and President for Life . She has been an active member of Sebastopol Water Information Group (SWiG) and the Sonoma County Water Coalition (30 organizations). Janus is Lead Content Manager of the Wine & Water Watch website. 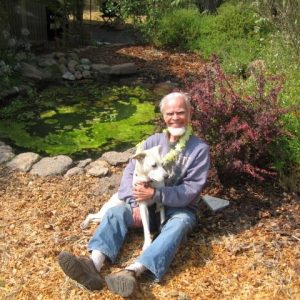 Shepherd Bliss has been an organic farmer in Sebastopol since 1992. His vineyard is mainly boysenberries. A former U.S. Army officer and United Methodist minister, he received his Doctor of Ministry (D.Min.) from the University of Chicago Divinity School. After serving various parishes in the U.S. and Latin America, and teaching at Harvard, Sonoma State, Dominican University, and elsewhere, he recently retired–at 72-years-old–to focus on social justice issues.

Over the years, he has been a co-founder or officer in many environmental groups, including being the Sierra Club’s wetlands chair, writing for the Sonoma County Environmental Impact Reporter, Sebastopol Grange, Cunningham Marsh Preservation Committee, Preserve Rural Sonoma County, Blucher Creek Watershed Council, Watertrough Children’s Alliance, Apple Roots Group, etc. Dr. Bliss has contributed to 24 books and writes regularly for the local and national press, focusing on environmental and social justice issues. He has been with Wine and Water Watch since its first meeting. 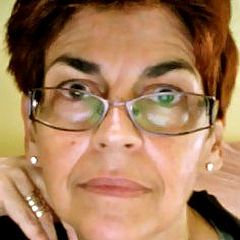 Merrilyn Joyce (Graton) raised in San Francisco, is an artist (MFA) and longtime activist trying to make democratic peace with the natural world where it collided with the synthetic manmade environment. In the early 1990’s she moved to Sonoma County where she joined a co-housing group and helped create the Graton Gazette and build bridges in the community. When the Graton sewer plant received a cease and desist order from the state, Merrilyn joined forces with residents to develop a nonprofit to deal with the problem locally. She served as director of the nonprofit and set up a community service district to take over control of wastewater treatment in Graton.  That plant now boasts engineering awards for its state-of-the-art ecological treatment systems. In 2001, responding to a heavy day labor presence in downtown, Merrilyn helped found the 501(c)3 Graton Day Labor Center, to organize workers for an orderly and safe hiring process. Her other nonprofit board experience includes Voice of Roma, an international NGO, and a 100-year old women’s service organization that raises money for student scholarships. Merrilyn also works with Eco Writers, the Climate Protection Campaign, Healdsburg Citizens for Sustainable Solutions, and GIMBY (Granny In My Backyard) advocating for infill housing. She has assisted Clean Water Sonoma-Marin to deliver clean tap water to municipalities and worked on a successful ballot measure campaign to focus development on truly affordable housing. 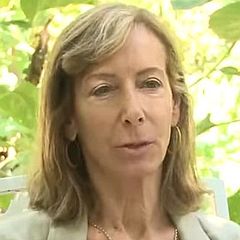 Pamela Stone Singer (Occidental) grew up in a family that revered nature. She has brought this reverence and love of nature to everything she has accomplished as an adult. As a member of Wine and Water Watch, she continues to protect the environment. Pamela is a poet/teacher with California Poets in the Schools, a coach for Poetry Out Loud, and a humane educator. She wrote and presented poetry programs on a local radio show. Pamela has taught in public, private and charter schools, on an Indian reservation and has worked extensively with abused and neglected children. In 2012 she was nominated for the Pushcart Prize.  In 2014, she was nominated to be Poet Laureate of Sonoma County. She has three published books. Recently she has been working to protect the Sonoma Coast from the wine industry, developers and weakened legislation. Her chapbook, Words from the Pelicans was published in June, 2016. Pamela hopes that by reading these poems about the sea, others will experience the transformative quality of the Sonoma Coast. 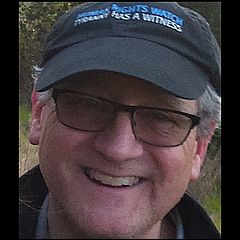 Tom Conlon (Sonoma Valley) is an applied anthropologist and an expert in energy-efficiency social marketing. His clients have included Pacific Gas & Electric, the California Energy Commission, the Electric Power Research Institute, and The World Bank (Jamaica). He is a graduate of UC Santa Cruz and Sonoma State University, and has founded several ‘green’ businesses, including one acquired by Autodesk in 2008. A Fellow of the Society for Applied Anthropology, Tom represented District 1 on the Sonoma County Climate Action 2020 Stakeholder Advisory Group, and he has served on the boards of other local organizations including the Economic Development Board’s Business Environmental Alliance, the Rotary Club of Sonoma Valley, and Transition Sonoma Valley. Prior to becoming an energy consultant, Tom worked as a construction manager and journeyman electrician. In the late 1980’s he helped initiate the Organic Market News and Information Service and early drafts of the California Organic Foods Act (1990). Tom provides strategic, technical, and website support to Wine and Water Watch. 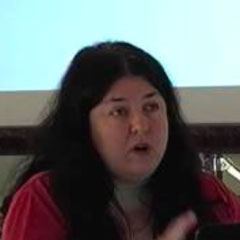 Sarah Ryan (Clear Lake) has worked for the Big Valley Band of Pomo Indians since 2001 and has been the Environmental Director since 2006. She has a degree in Government from the College of William and Mary in Virginia and has obtained various certifications for the environmental protection activities that she performs on a regular basis. Ms. Ryan has worked closely with Tribal members, the Central Valley Regional Water Quality Board and US EPA Region 9 on water quality issues and fish consumption issues. This work includes algal toxin testing and water chemistry parameters and pesticide monitoring on Clear Lake and its tributaries, nutrient and mercury TMDL implementation measures on Clear Lake and programmatic and policy development on regional water quality issues. Sarah was the 2009 recipient of US EPA Region 9’s Connor Byestewa Jr Environmental Award which recognizes the efforts of individuals that have made and strengthened Tribal self-government and improved human health and environmental conditions in Indian Country in EPA Region 9.